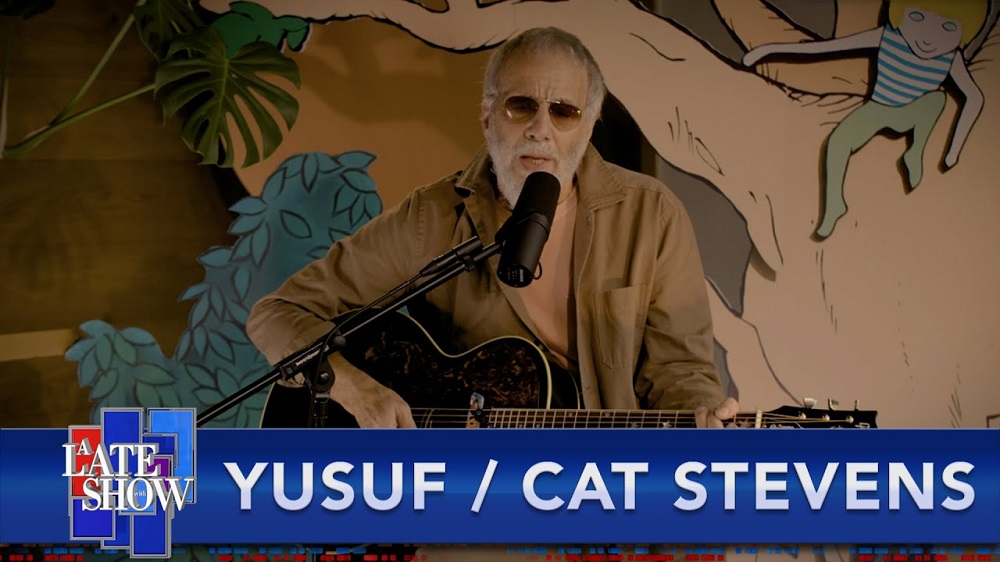 On Sept. 18, Yusuf/Cat Stevens released Tea for the Tillerman², an imaginative reinvention of his classic 1970 album Tea for the Tillerman. The collection features new arrangements and renditions of the songs from that timeless record, a project carried out by the singer/songwriter as a means of marking the album’s 50th anniversary.

(Click here to pick up Tea for the Tillerman² from our Rock Cellar Store).

On Wednesday night, Yusuf performed “Wild World,” one of his signature songs and a standout on the Tillerman album, for the Late Show with Stephen Colbert‘s at-home performance series.

Watch the performance below:

As for how the concept of this re-imagining of Tea for the Tillerman came about, Yusuf/Cat Stevens shared a bit of the story in our new feature interview from writer Ken Sharp (click here to read the full conversation):

“Well, it was kind of logical in a way because the fiftieth anniversary of its release was coming up.

So we’re now in 2020 and my son and I were discussing ideas. He came up with the idea of perhaps recording the whole thing again. He probably wasn’t serious but I said, “Yeah, that’s a really great idea.”

Because the album is so iconic and I felt a little bit intimidated by its success over the years, to revisit it meant I could make it mine again; I could reclaim the narrative and make it life-sized again, if you know what I mean.

And also, the songs don’t seem to die. I mean, they’re so relative to the way the world is at the moment, the threats that we’re facing, like “Where Do The Children Play?” became obviously a song to sing again. Even though I have lots of other tracks and have been recording new songs, we held everything up for this because it just seemed so important.”

Stream Tea for the Tillerman² below, via Spotify.