Home / Out Now: While She Sleeps – ‘Sleeps Society’, an Album of Thunderous Anthems of Unity & Light Amid the Darkness

Out Now: While She Sleeps – ‘Sleeps Society’, an Album of Thunderous Anthems of Unity & Light Amid the Darkness 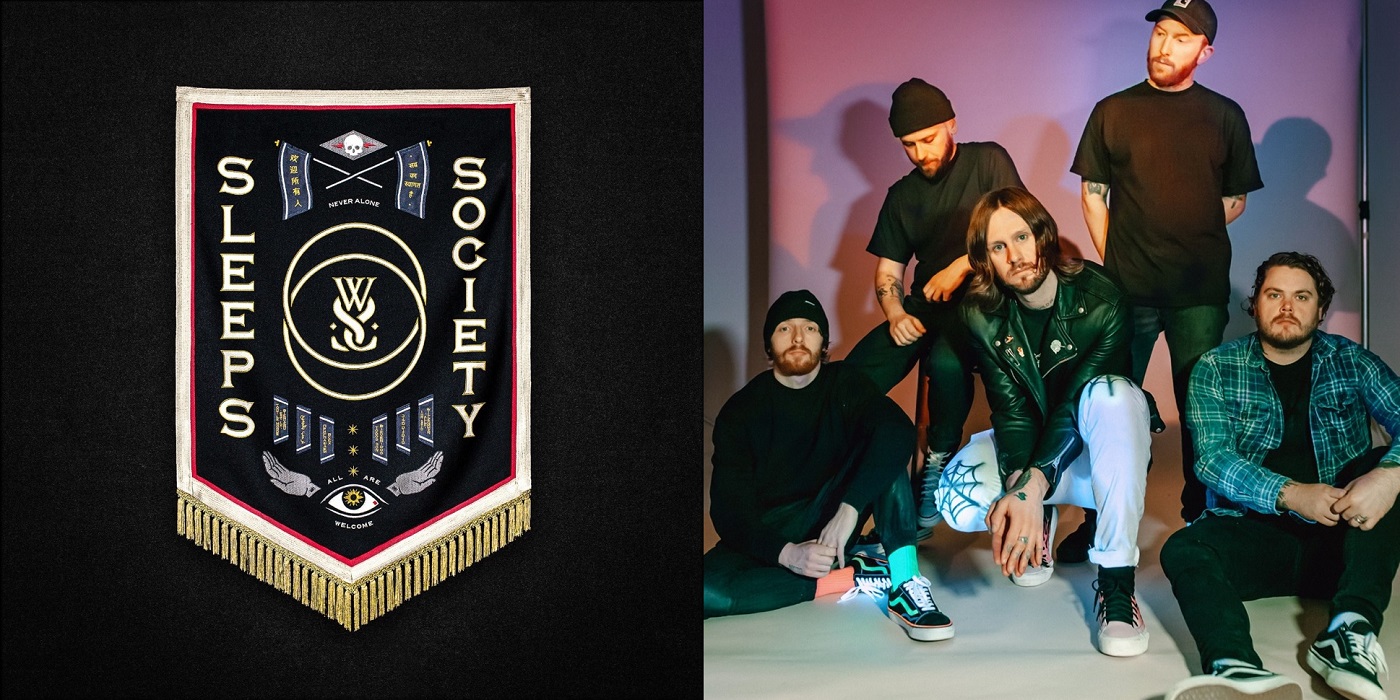 Sheffield, U.K.-based metalcore band While She Sleeps unleashed a new studio album, Sleeps Society, on April 16. The group’s fifth full-length album to date, the record continues the band’s trend of coming face-to-face with life’s rawest and most uncomfortable emotional experiences — and using musical expression to deal with those issues.

While She Sleeps have developed their sound over the years to where it is today, a supremely confident blend of aggressive, guitar-driven metal with at-times shouted lyrics from lead vocalist Lawrence Taylor. The approach has been refined with this record, the album’s M.O. put on full display with the opening track, “Enlightenment?,” features this unifying refrain:

This is the part where we’re done, we’ll start over
All your negative thoughts
All you’ve lost, we’ll let go
If you feel like giving up
Then there’s something I need you to know
That I’m here for you

That concept, “I’m here for you,” is very much at the core of Sleeps Society. Issues including depression, mental health and “fitting in” come up throughout the album’s songs, most accessibly with pre-release single “Nervous,” which features a guest spot from Simon Neil, vocalist of the acclaimed Scottish band Biffy Clyro:

“Nervous” draws particular inspiration from the real-life experiences of While She Sleeps guitarist Sean Long.

“The song ‘NERVOUS’ is one the band has been talking about ever since its first demo,” said Long in a statement. “It’s completely infected us since the start and we all knew instantly that something really special had happened. I would go so far as to say it’s the single most important song I’ve ever written in my life. It’s born from experiencing the pain and suffering generated by acute anxiety but also finding a way out from that, which whilst in such a dark and terrifying place, felt like the biggest pipe dream imaginable.

“I felt like if I didn’t write this song then someone else would have. It feels like it needed to be manifested into this world ASAP. I truly believe it’s going to resonate with people on an extremely personal, deep and meaningful level because I feel like it came from a place beyond what we may call ourselves and I feel the song is much bigger than our band.”

“I’d like ‘NERVOUS’ to be viewed as more of a spiritual request rather than just a song to enjoy. I’m talking about a particular emotion in this song but the idea is transferable to any negative or troublesome feeling. It’s about accepting your emotions, fears, pains, anxiety, depression — not only accepting them but owning them and becoming one with them completely. It’s about being proud of all our emotions. The song is literally telling you to BE nervous, be scared and be in pain. By this I mean a lot of our pain comes from the idea that there’s me on the one hand and the pain on the other. So when the pain arrives, this ‘me’ is somehow trying to get away from said pain. When we really think this through with clarity, we inevitably see its a futile endeavor.

While the portion above was mostly in reference to one song, it applies to Sleeps Society as a whole, as well. A cohesive statement of purpose and energy, the record’s songs play off each other well. The spirited involvement of guests such as Neil and Sum 41 vocalist/guitarist Deryck Whibley (who has also gone through his own real-world struggles over the years) only heightens the impact of the material itself.

Whibley turns up on “No Defeat for the Brave,” with this chorus:

There’s no perfect escape
No permanent faith that cures our need to be free
Don’t give up when you’re close to the edge
There’s no defeat for the brave
Our solace awaits the day that we feel complete
Don’t give up, we’re so close
Are we ever gonna break free?
Break free

The world’s been through great deal of difficulty over the past year-plus, and messages of hope, healing and togetherness hit harder given the circumstances. With Sleeps Society, While She Sleeps — who even enlisted the help of some fans, a.k.a. the actual “Sleeps Society,” on the track “Call of the Void” — hit a bullseye, so to speak, on the projected target of crafting an emotionally wrought journey of catharsis and unity. 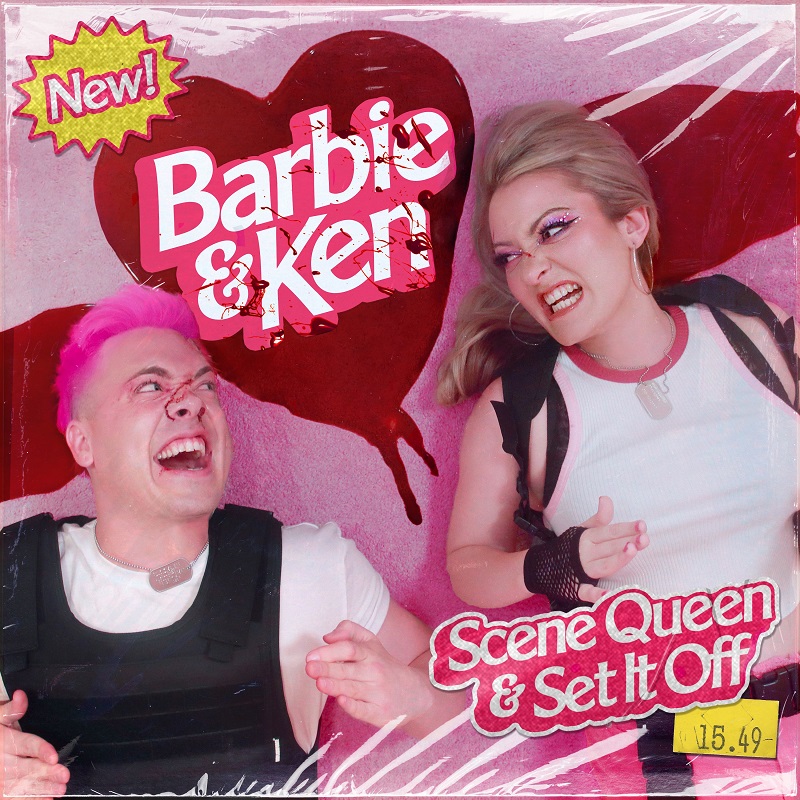 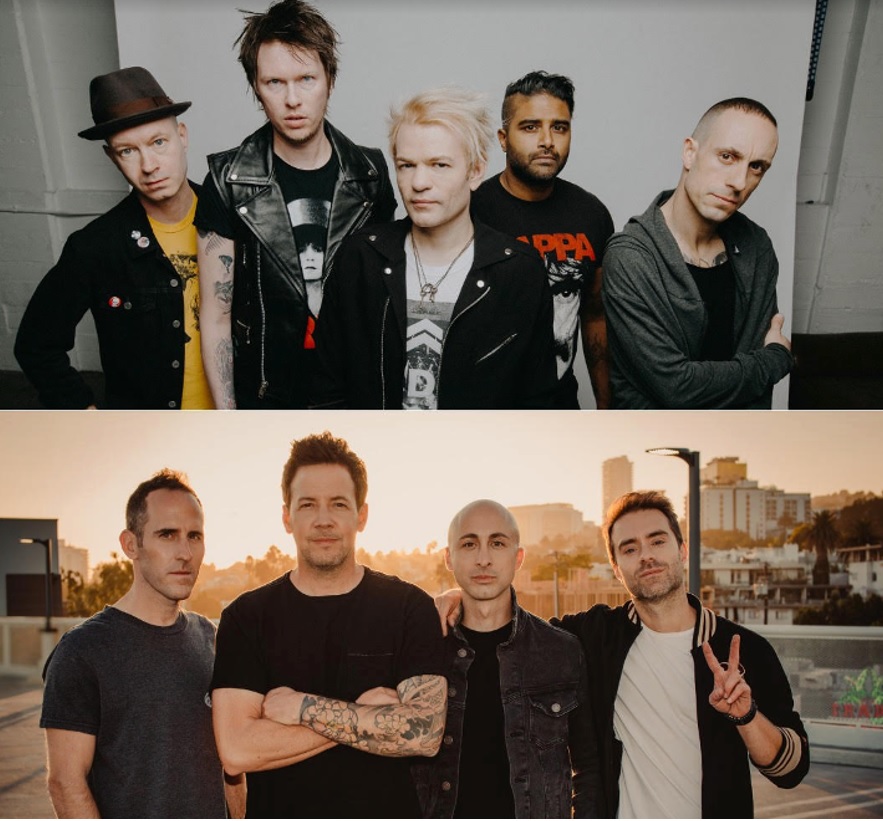