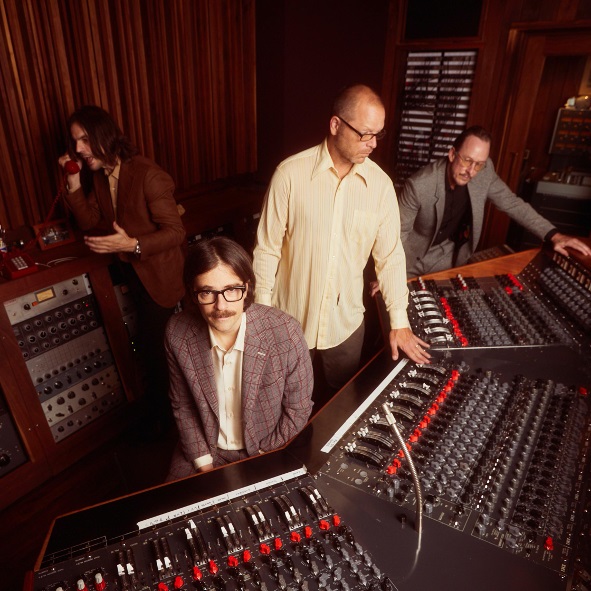 Rivers Cuomo and Weezer have premiered a new music video for “Grapes of Wrath,” one of the songs featured on the alt/rock kings‘ new studio album, OK Human, which was released in late January and saw the group toss the electric guitars aside in favor of stringed instruments.

The record reflected on how impossibly connected we are at all times due to technology, its material culled from a year of lockdowns, postponed tours and all of the awkwardness that exemplified 2020.

Surprise! Weezer has entered the chat. Watch the new video for "Grapes of Wrath" to celebrate the 82nd anniversary of when the book was published https://t.co/ykrKUAELbO pic.twitter.com/KPoFI6SvGx

The video for “Grapes of Wrath,” in the same vein, depicts Cuomo and band mates Pat Wilson, Scott Shriner and Brian Bell doing everything possible to avoid actually having to connect online for a video meeting:

This weekend, Weezer will take the album to the live (stream) stage for some special performances on April 16 and 17, backed by the Los Angeles Philharmonic Orchestra and YOLA (Youth Orchestra Los Angeles), from the Walt Disney Concert Hall. There, the band and the accompanying musicians will play all of OK Human, as well as “other Weezer favorites” from the group’s enduring, multi-decade career.

Presented by NoCap, a platform that has been especially popular the past year or so without actual in-person concerts, the show should be a must for Weezer fans. Tickets cost $20 and are on sale now.