Home / Get Lost in the Groove with Warpaint’s Kaleidoscopic Video for “Stevie”; New Album ‘Radiate Like This’ Out 5/6

Get Lost in the Groove with Warpaint’s Kaleidoscopic Video for “Stevie”; New Album ‘Radiate Like This’ Out 5/6 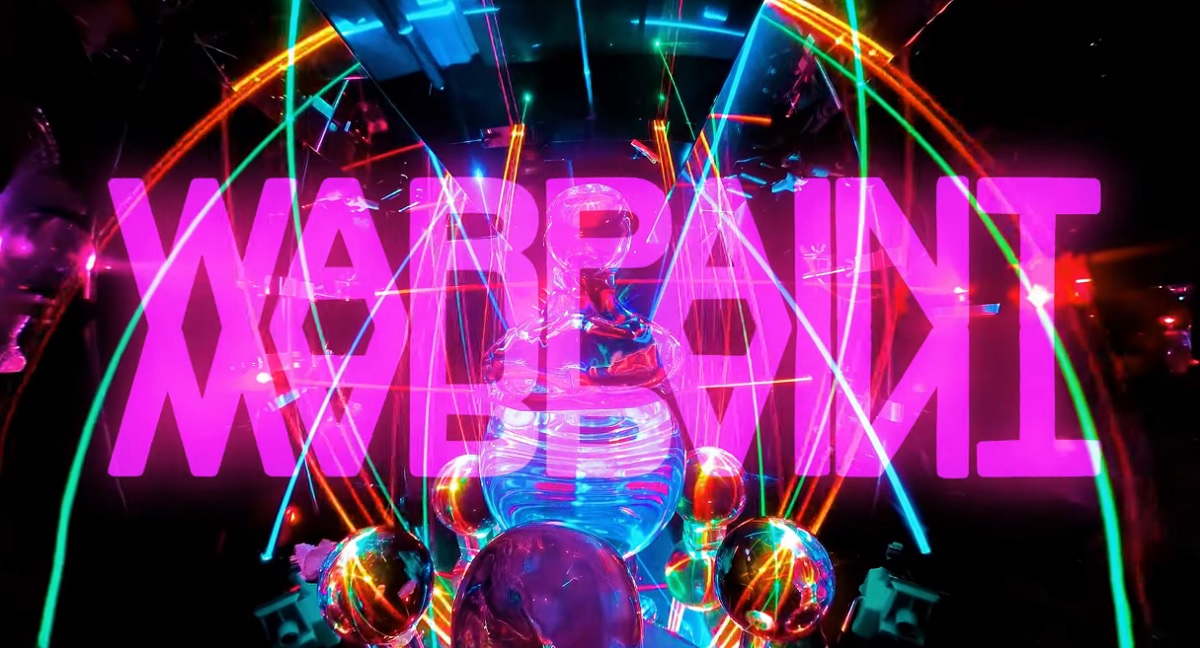 On May 6, Los Angeles indie/rock band Warpaint will return with Radiate Like This, its first album in six years.

“Stevie” is the title of the latest song shared from the record, a trippy experimental composition with a stirring visual complement. Made in collaboration with Fascinated By Everything, an art and technology collective created by Chris Holmes, the video has a version made specifically for Oculus (click here) as well as a standard, 2D — and still quite stunning — version:

“Stevie is a love song, pure and true,” the band said in a statement. “Sincere as it comes with a little bit of Freak. A cosmic celebration of the thing we all look for in life. And our contribution to one of the most beloved song genres.

“Thinking of visuals for ‘Stevie’ we weren’t seeing a story or a performance, but a kind of ‘Tunnel Of Love’ image kept coming to my head, more like waves of serotonin, what love feels like,” Warpaint’s Emily Kokal said. “Right around that time Chris showed us what he was working on and it was like, ‘Woah, this is way more ‘Tunnel Of Love’ than we could’ve imagined!’”

“All of the visuals are made from physical objects, so all of the light color and texture come from the real world and not just computer-generated graphics,” Holmes added. “It’s been such a joy to work with one of my favorite bands, Warpaint and collaborate to make some inter-dimensional kaleidoscopic beauty to radiate some love and light into this world.”

“Champion” was also recently debuted from the record as well:

What happened in the downtime between band activity? As a news release explains, quite a lot:

In the six years since 2016’s much-lauded Heads Up, Warpaints four members—Emily Kokal, Jenny Lee Lindberg, Stella Mozgawa and Theresa Wayman—have been busy living. Babies, jobs, tours, solo albums, intercontinental and cross country moves all became priorities, presenting mounting logistical challenges to getting the band back together, as they say, and allowing a little space to think “what if we didn’t?”

The result of these circumstances yielded a different sort of Warpaint record:

What followed was the making of a wholly different Warpaint album. Physically separated by the pandemic, each musician recorded her parts separately—often in makeshift home studios—before sending on to the next, creating songs layer by layer. Deciding to delay the release until they could tour allowed them to further hone each track, spending more time building and rebuilding than they had in the past. The result is a body of work that is sharper and more focused than any of their previous, each song as tight, beguiling and proud as a diamond.

“I was saying the other day that we should’ve called this album “Exquisite Corpse”, but it was already taken,” jokes Kokal, referring to the title of the band’s debut EP. Radiate Like This captures what’s always been the magic of Warpaint—the delicate interplay of four separate parts coalescing in motion—while somehow allowing each individual to shine a little brighter.