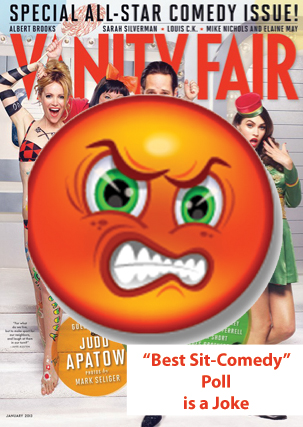 Well, since we knew you were all holding your collective breaths on this one, the results are in:  Seinfeld is the greatest sitcom of all time, followed closely by… The Honeymooners?

Well, so says the latest (and ridiculously flawed) poll from tired old Vanity Fair, who must sit around in their New York offices listening to Al Jolson records on their Victrolas.

The results of this half-baked unprofessional survey (which supposedly had the help of mirth experts 60 Minutes) will be included in VF’s upcoming January 2013 “comedy issue,” with ringleader Judd Apatow – who is (surprise) promoting his new movie.
That’s not to say that the television shows listed are all undeserving of being considered “the best of all time.”  But get this:
** THERE WERE ONLY 7 CHOICES IN THE SURVEY! ** 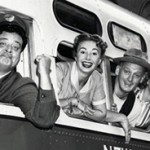 Photos of Real “Honeymooners” TV Show Locations!
Take a Tour of the Spots Where Ralph and the Gang Lived, Worked and Played

The demographics of who allegedly answered this poll (outside of Judd Apatow and Vanity Fair staffers) aren’t noted but we suspect this was a ridiculously small and unscientifically collected random sampling of fairly old New York geezers.

The New York Daily News immediately called out this insulting comic travesty and announced their own larger, more comprehensive poll.  How many countless other television comedies were ignored for the purposes of this survey?  Let’s list a few, shall we:

And that’s just for starters.  And that also assumes that we don’t include any television outside the borders of the United States.  (Since obviously there is no other “humor” in other countries’ shows.) 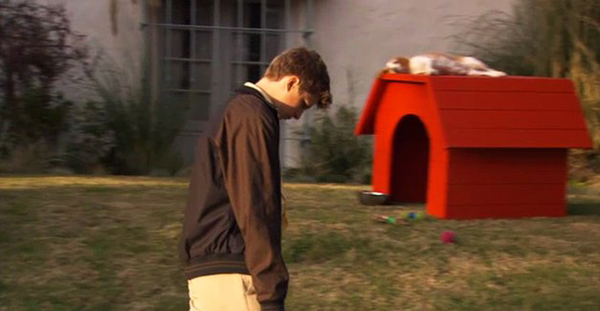 Rock Cellar Magazine will be following this earth-shattering story, but we encourage you to join in the fun and take OUR poll on the best American sitcoms of all time.

And yes for our purposes, animated shows can be “situation comedies” as well.  Note: our survey is as equally unscientific as the one in Vanity Fair, but instead of 7 choices, we give you 107 choices.

RELATED ARTICLE:
Photos of Real “Honeymooners” TV Show Locations! Take a Tour of the Spots Where Ralph and the Gang Lived, Worked and Played 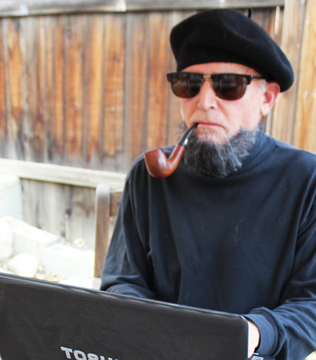