On March 22, English reggae/pop ensemble UB40 will release For the Many, a new studio record and the band’s first since 2013. This burst of activity comes as UB40 is preparing to head out on a big tour, commemorating the 40th anniversary of the group’s formation in 1978. 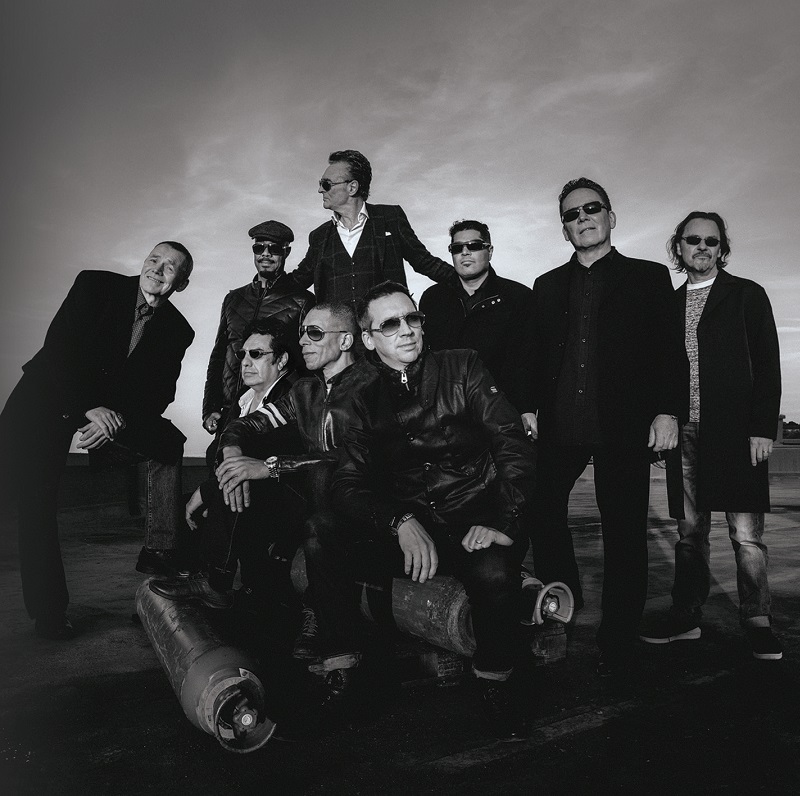 The record does not feature any involvement from Ali Campbell, founding vocalist and brother of current UB40 members Robin and Duncan Campbell, as Ali split from the group in 2008.

Originally forming out of Birmingham in ’78 and taking their name from the UK’s government benefits form, the group’s music has spanned the test of time and is still heard quite frequently today — specifically smash hits such as “Red, Red Wine” and “(I Can’t Help) Falling in Love with You,” among many others.

UB40 previewed the album with a pair of tracks. Here’s “Moonlight Lover”:

And “You Haven’t Called”:

Some quotes from the band members, as furnished in the official press release:

Jimmy Brown said, “For The Many is our first original album with Duncan, and a true reflection of where the band are at right now. It gave us an opportunity to go back to our roots and draw on the 1970s-style reggae that inspired us to be in a band in the first place. We intended to make an uncompromising reggae album and I think we have achieved that. There’s lots of dub, various guest toasters and a blend of love songs and political songs. I’m really happy with the final result. We’re really looking forward to playing some of these tunes live on our 40th anniversary tour in spring next year.”
Duncan Campbell said, “After ten years of fronting UB40, for us to make an album of our own original material feels like the final hurdle for me. The album and its title reflect how UB40 are all in support of Jeremy Corbyn and The Labour Party. Both of the songs I have written on the album (I’m Alright Jack and Poor Fool) also reflect this. We all feel this album is going back to what UB40 was all about and we are all excited for everybody to hear the album and looking forward to touring it.”
Robin Campbell added, “For The Many is a great mix of reggae styles, while the different artists we have collaborated with will appeal to more fans and tastes in reggae – it really is an album for the many. The 2019 UK tour is a continuation of our 40th year celebrations, as well as sharing tracks from our latest album. We’re playing all over the UK instead of a few arenas dates, meaning our fans from all over the UK can get to see us much more locally and up close – truly a tour for the many.”

The band’s tour schedule is available at the official UB40 website — stay tuned, as hopefully some U.S. dates will be announced soon …