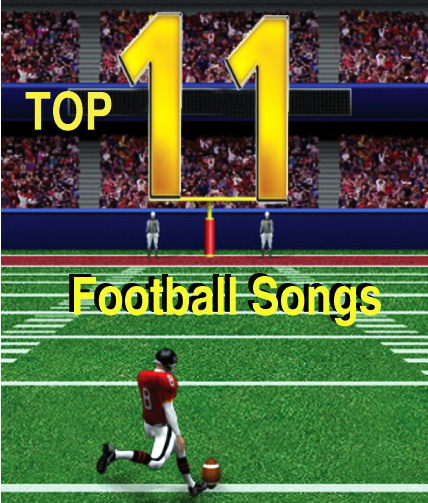 Yes it’s that time of year again.  The beer.  The hot and greasy wings.  The hot and greasy tailgating.  And, oh yes, that little bit of pigskin insanity called football.
Let’s face it guys and girls, there’s nothing better for getting adrenaline pumping (other than perhaps replacement referees) than some “Gridiron Tunes!”
And no, we’re not talking those overplayed – albeit very good – sport-anthems by Gary Glitter (Rock and Roll Part II), AC/DC (Hell’s Bells and TNT), Queen (Champions/We Will Rock You), and Ozzy Osbourne (Crazy Train) that precede every kick-off and touchdown.  We’re talking real football songs – about football.
True, there aren’t quite as many tunes about the game of football as about, say… big butts, but they are almost as entertaining.  So here’s our seasonal song salute:  the Top-11 List of Football Songs.
1.  THE SUPER BOWL SHUFFLE  – THE CHICAGO BEARS (1985)

Talk about catching lightning in a beer bottle!  This rap/parody/goof song done up for promotional purposes during the Chicago Bears charge to victory in Super Bowl XX became the first song by a professional sports team to have a hit single.
The simplistic rap lyrics set to a cheesy instrumental dance track was sung by such illustrious pro Bears as Walter Payton, Jim McMahon and William “The Refrigerator” Perry who proved they were better scrappers than rappers.  But guess what? The Super Bowl Shuffle sold more than a half million copies, reached No. 41 on the Billboard charts and the accompanying video has been currently viewed more than a million times on the internet.  The Super Bowl Shuffle only gets better with age.  And after a  six-pack.
2.  FOOTBALL RAP – LL COOL J (1986)

What most people remember about the 1986 football movie Wildcats was that it starred Goldie Hawn and that it was not very good.
But if you stuck around to the bitter end you would remember the very hot and nasty Football Rap which was sung by a relative newcomer called LL Cool J who had released his first album the previous year.  Sure, the song is pretty simple; it’s about football, not quantum mechanics.  But even with such a trifle, LL Cool J injects a bit of humor and playful insight into the game and those who play it.
Sample lyrics: Sunday in the snow/Referees whistle blow/Weekend warriors toe to toe/Football/Football/Football.
Because the movie went nowhere, the song did not get within 99 yards of the charts but has remained one of those underground perennials that just won’t go away.  Mr. Cool J, meanwhile would later hit the big time with Momma Said Knock You Out which, while not directly written for the sport, definitely has that rough-and-tumble gridiron vibe.
3.  NOT AS MUCH AS FOOTBALL – MOJO NIXON (1990)

So what’s a bit of good-natured thievery among friends? Not much if you’re rapper Li’l Wayne.
Prior to last year’s Green Bay/Pittsburgh Super Bowl tussle Li’l saw fit to lift the music track from fellow rapper Wiz Khalifa’s ode to the Pittsburgh Steelers, Black And Yellow, and remix it –  complete with occasionally X-rated lyrics into his ode for his favorite team, The Green Bay Packers.   So now it’s Green and Yellow.  Li’l Wayne’s song continues to be good for an explicit laugh, but the Wiz ultimately had the last laugh when his Black And Yellow went to No. 4 on the Billboard charts.
5.  THE BOYS OF FALL – KENNY CHESNEY (2010)

A very heartfelt and no-less-effective ode to the way football – as both a spiritual tool and a down home way of life – used to be.  Before football became the cold and calculating, though no-less-exciting-monster it is now.  This song will cause a diabetic coma faster than peach cobbler soaked in sweet tea.
Sample lyrics: When I feel that chill, smell of fresh cut grass/I’m back in my helmet, cleats and shoulder pads/Standing in the huddle, listening to the call/Fans going crazy for The Boys Of Fall/
Chesney’s pure take on the true national pastime went to No. 1 on the Hot Country Song Charts and remains a perennial  for diehard fans doomed to worship from the cheap seats.
Click here to continue to Page 2! 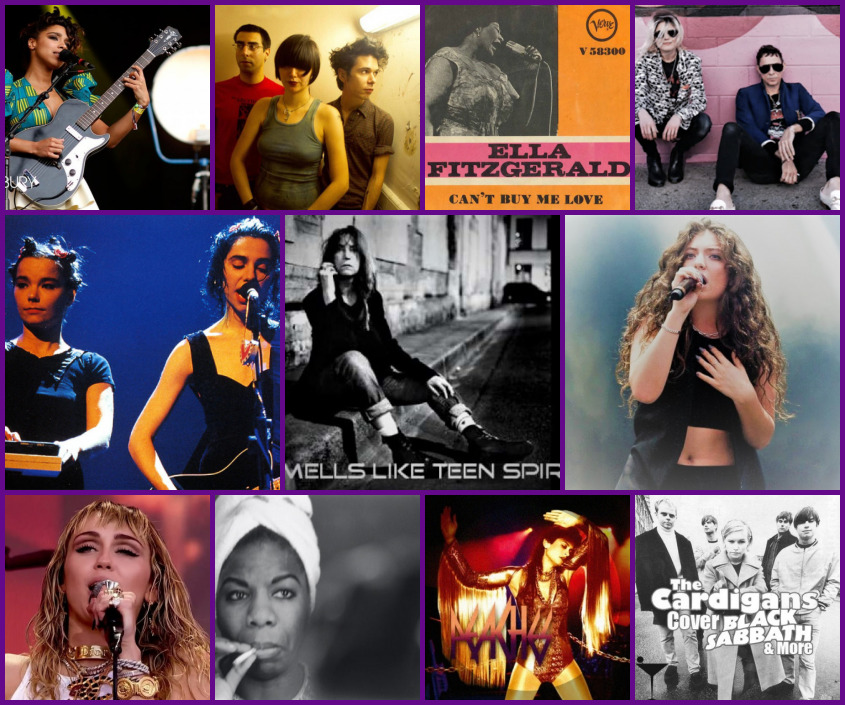 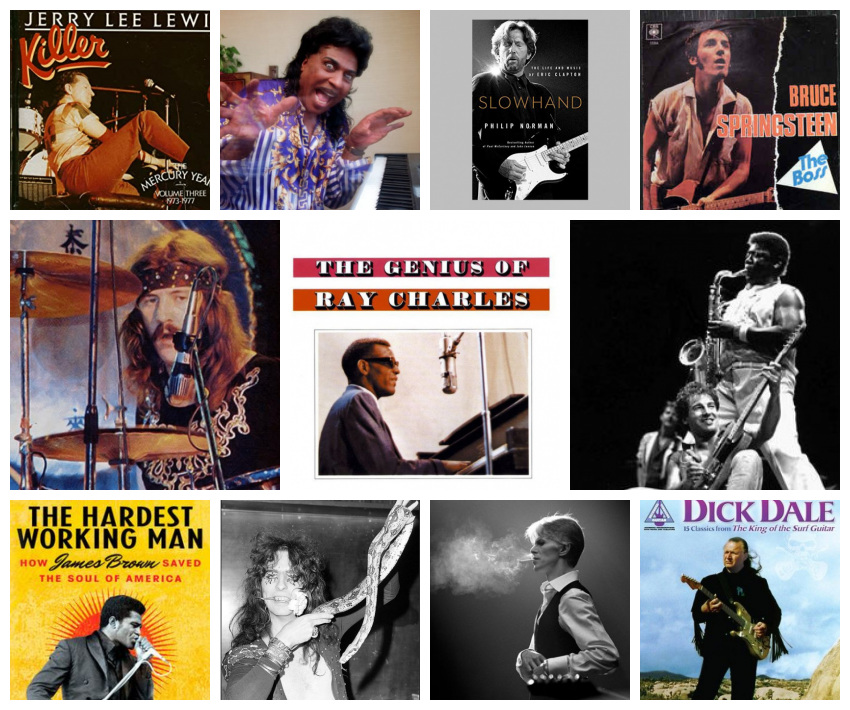 Top 11 Songs by Bands/Artists With the Best, Most Iconic Nicknames