On Wednesday, it was officially announced that Tony Dow, the actor/director known for his role as Wally Cleaver on the classic TV show Leave it to Beaver, has died at the age of 77. The official announcement came down one day after conflicting reports were made by Dow’s management team, which published a premature update on his health, later issuing a retraction and clarifying the situation (he was in hospice care).

An official statement reads as follows:

We have received confirmation from Christopher, Tony’s son, that Tony passed away earlier this morning, with his loving family at his side to see him through this journey.
We know that the world is collectively saddened by the loss of this incredible man. He gave so much to us all and was loved by so many. One fan said it best—“It is rare when there is a person who is so universally loved like Tony.”

Our heart goes out to Tony’s wife, Lauren, who will miss her soulmate of 42 years…To his son, Christopher, who will dearly miss his father, who was also his best friend…to his daughter-in-law, Melissa, who loved him like her own father…To his Granddaughter, Tyla, who will undoubtedly carry on her Grandfather’s kind soul, To his Brother Dion and Sister-in-Law, Judy, and to all of his extended family and friends. Words cannot express how much we will all feel his absence, but will cherish the memories he left to each and every one of us.

Christopher has stated: Although this is a very sad day, I have comfort and peace that he is in a better place. He was the best Dad anyone could ask for. He was my coach, my mentor, my voice of reason, my best friend, my best man in my wedding, and my hero. My wife said something powerful and shows the kind of man he was. She said: “Tony was such a kind man. He had such a huge heart and I’ve never heard Tony say a bad or negative thing about anyone.”

We respectfully ask that everyone give the family privacy in their time of mourning. 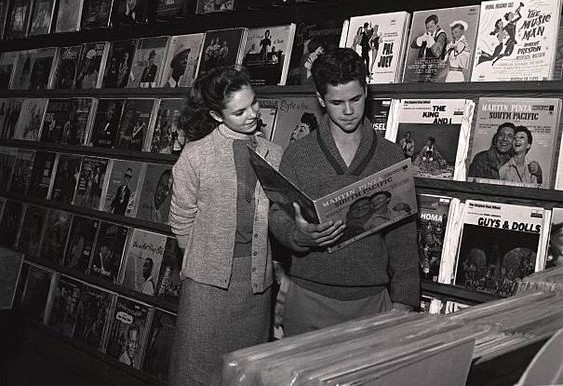 Tony Dow as Wally Cleaver in “Leave it to Beaver”

Outside of his acting roles, which continued over the years until his last on-screen credit in 2003 comedy Dickie Roberts: Former Child Star, Dow took up sculpting from his home in Topanga Canyon in Southern California. Here’s a link to Tony Dow’s art page at The Bilotta Gallery in Deerfield Beach Florida: Tony Dow Art