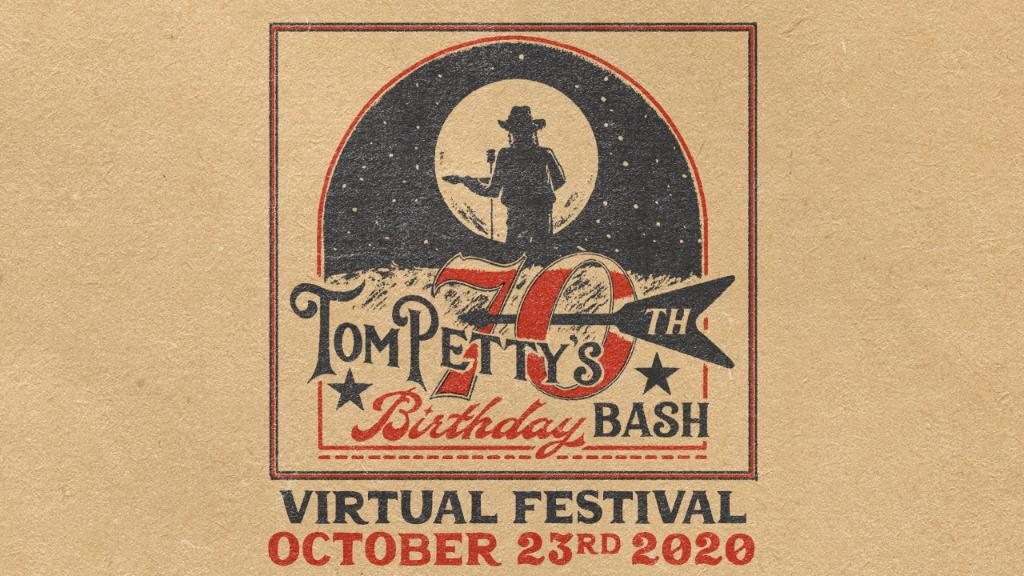 Today would have been Tom Petty's 70th birthday. Photographer 📷Robert Sebree captured Petty in images for decades, including photos from the recording sessions for "Wildflowers" album and tour rehearsal. Visit Sebree's site to see his gorgeous work: https://t.co/EDo4lj142j pic.twitter.com/Csc6g7xm3y

While the legendary singer/songwriter passed away in 2017, his legacy and spirit live on — just last week, a lavish Deluxe Edition reissue of Petty’s 1994 album Wildflowers was released. Wildflowers & All the Rest, an expansive collection of material highlighting one of Petty’s personal favorite releases, is the real deal.

This Friday, Oct. 23, the Petty estate and a number of his friends, musical colleagues and former band mates will join forces for a five-hour Tom Petty Birthday Bash virtual event, as announced on Tuesday.

More on the Tom Petty Birthday Bash, which will also focus on the #SaveOurStages campaign as well as other worthy causes:

Tom Petty’s 70th Birthday Bash will focus on raising awareness for Save Our Stages (NIVA)—whose mission is to preserve and nurture the ecosystem of independent live music venues and promoters throughout the United States; Arts In Medicine—empowering musicians and impacting the lives of citizens in the Gainesville community and beyond; Digitunity— an initiative of the National Cristina Foundation, is working to ensure everyone has the technology they need to thrive in our digitally connected society; and MusiCares—providing a safety net of critical assistance for music people in times of need. Fans are encouraged to donate to these causes via links on TomPetty.com.

And here are the full details regarding the live stream itself and who will be involved: 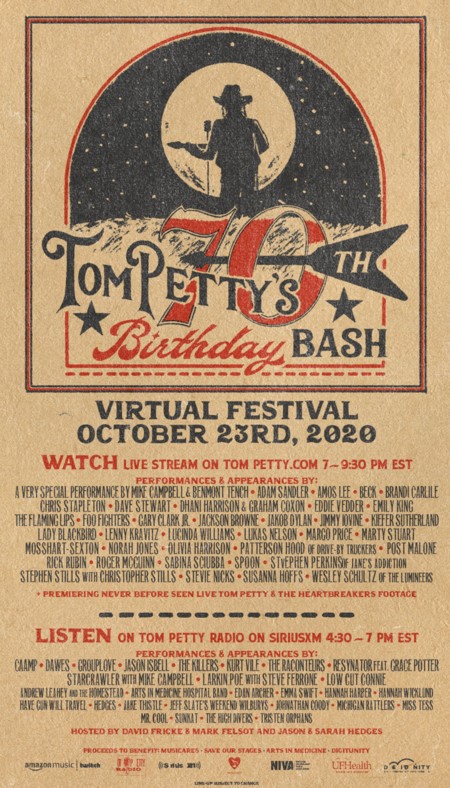