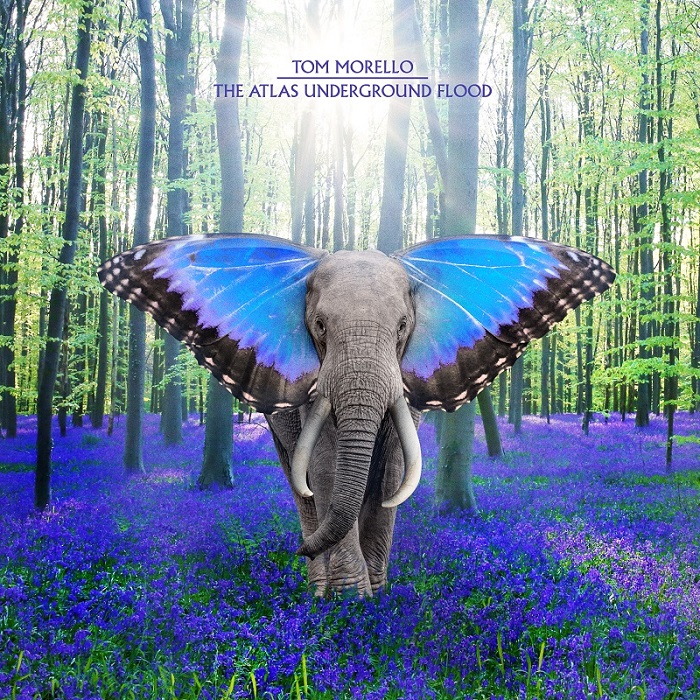 Another star-studded collection of songs from the musician known for his work with Rage Against the Machine, Audioslave and as a prolific solo act, Morello again teamed up with some seriously heavy hitters.

“I Have Seen the Way,” for example, finds Morello joined by not one, but two fellow guitar gods: Rush’s Alex Lifeson and Metallica’s Kirk Hammett. Listen to the trio’s anthem below, which also features Dr. Fresch:

Other guest musicians who turn up on the album include Ben Harper, Jim James of My Morning Jacket, IDLES, Andrew McMahon in the Wilderness, Rodrigo y Gabriela and more.

Said Morello of the record:

“The Atlas Underground Flood finishes what The Atlas Underground Fire started. Fire and Flood are my ‘London Calling.’ Admiring The Clash at their apex moment, I sought to make a double album where artistic intent supersedes genre. I aimed to forge a central curated vision to tie together a sonically fearless, wild, and wide-ranging musical ambition with a tremendous cast of collaborators. And of course, there are many guitar solos.”

THE ATLAS UNDERGROUND FLOOD – the companion album to The Atlas Underground Fire is out everywhere NOW. What’s your favorite track? 👇🏾https://t.co/8WpgWD9Eve pic.twitter.com/8w1jrTf0uu

For more from the prolific Morello and his tireless commitment to pushing rock and roll forward, click here to read our October 2021 feature interview.

Listen to The Atlas Underground Flood below.