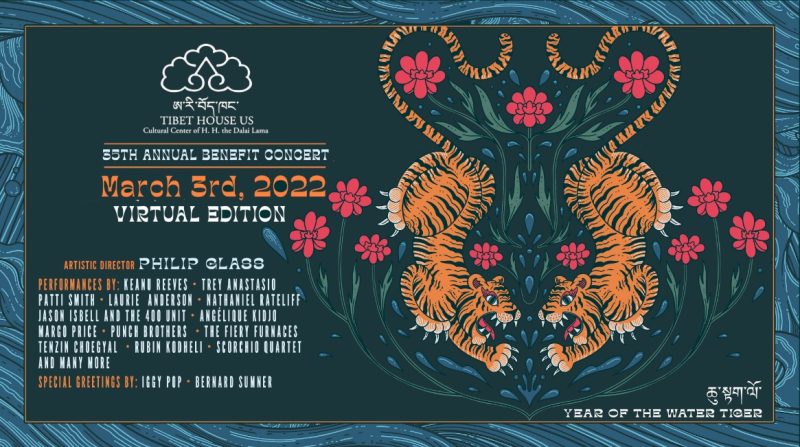 March 3 is the date of this year’s 35th Annual Tibet House US Benefit Concert, one of New York City’s longest-running and most beloved cultural events. A virtual experience live streamed via Mandolin this time, the array of participating acts lending their talents for the production is quite impressive and will once again highlight composer and event artistic coordinator Philip Glass for his 85th birthday.

Virtual tickets to access the show begin at $25 and are on sale now via Mandolin. There are a number of VIP and sponsor-level options available, as expected given an event of this scope.

More on the legacy of the Tibet House US Benefit Concert, per a news release:

All proceeds support the work of Tibet House US, a non-profit educational institution and cultural embassy founded in 1987 at the request of His Holiness the Dalai Lama to ensure the survival of the unique Tibetan civilization.