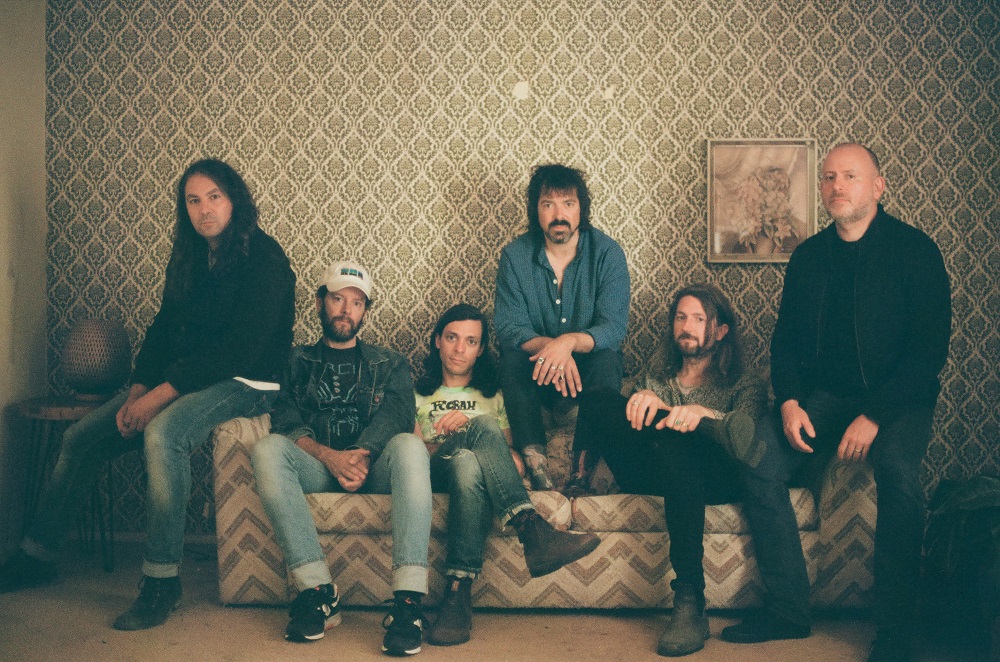 This week brought big news from The War on Drugs, as the Philadelphia-based indie band will release I Don’t Live Here Anymore, its first studio album in four years, on Oct. 29. The band’s fifth album overall, it’s the follow-up to 2017’s A Deeper Understanding, which was met with universal acclaim and won Best Rock Album at the Grammy Awards in 2018.

To say the record comes with anticipation, then, is selling it short, as the past few years have established The War on Drugs as a major force in the indie scene.

Along with the news of a new record, the band debuted “Living Proof,” a slow-burning track with a subdued music video featuring band leader Adam Granduciel at the Panoramic recording studio in picturesque Stinson Beach, California.

The album sessions for I Don’t Live Here Anymore actually began shortly after that Grammy win. Per a news release:

The core of bandleader Adam Granduciel, bassist Dave Hartley, and multi-instrumentalist Anthony LaMarca retreated to upstate New York to jam and cut new demos, working outside of the predetermined roles each member plays in the live setting. These sessions proved highly productive, turning out early versions of some of the most immediate songs on I Don’t Live Here Anymore. It was the start of a dozen-plus session odyssey that spanned three years and seven studios, including some of rock’s greatest sonic workshops like Electric Lady in New York and Los Angeles’ Sound City. Band leader Granduciel and trusted co-producer/engineer Shawn Everett spent untold hours peeling back every piece of these songs and rebuilding them.

Our new album I DON’T LIVE HERE ANYMORE will be released October 29 on Atlantic Records pic.twitter.com/Yw8Nk1qSJz

This will be the first release from the band since Live Drugs, a live album that perfectly captures the essence of the band’s live show — enthralling and captivating from start to finish. The live set was released in November 2020.

With the new album news, the War on Drugs also detailed a massive run of 2022 tour dates, some of which will feature the biggest venues they’ve played to date. The schedule: