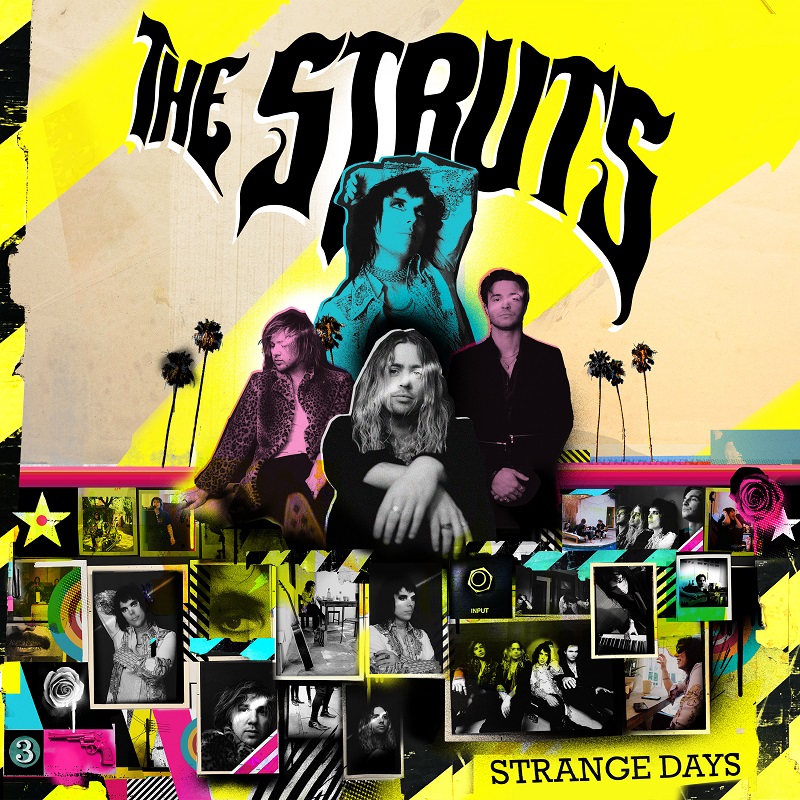 2020 has proven itself to be a series of Strange Days repeating one after another. It’s a weird time, to put it mildly, and the surreality of our current reality inspired English glam/rock/pop band The Struts to hole up in the home of producer Jon Levine — after each member received a negative COVID-19 test, of course — and record ten songs in ten days.

The result is Strange Days, the group’s third album released on Friday. A raucous but thoughtful collection of louder-than-life anthems of resilience, the album works as a defiant middle finger to the harshness that this year has brought.

Our new album #StrangeDays is HERE 🖤⚡ 10 songs recorded in 10 days with some of our greatest musical heroes. We hope you’ll give it a listen at https://t.co/ggtryWek8n, where you can also find links to some limited-edition merchandise while it’s still available. Much love xo pic.twitter.com/atVQWhpQb5

Take the album’s title track, a collaboration between the Struts and pal/English pop star Robbie Williams. Very much capturing the mood of the moment, the song is a soaring anthem with powerhouse vocals from Williams and Luke Spiller, who reaches Freddie Mercury levels with his shrieks:

Strange Days also sees the band teaming up with other A-list musicians, including Phil Collen and Joe Elliott of Def Leppard, who turn up on the rousing “I Hate How Much I Want You”:

While Albert Hammond Jr. of the Strokes lends his talents on the album’s lead single, “Another Hit of Showmanship”:

As if all the paying homage to their heroes wasn’t already enough of a throwback decision that makes Strange Days such an enjoyable listen, there’s even a cover of KISS‘ “Do You Love Me” thrown in for good measure:

So sit back and turn up the volume. The Struts have crafted one of the most raucous and rebellious rock albums of the year.