Home / The Regrettes Debut Video for “You’re So F*cking Pretty,” On Tour Now (Including Coachella & Bonnaroo)

The Regrettes Debut Video for “You’re So F*cking Pretty,” On Tour Now (Including Coachella & Bonnaroo) 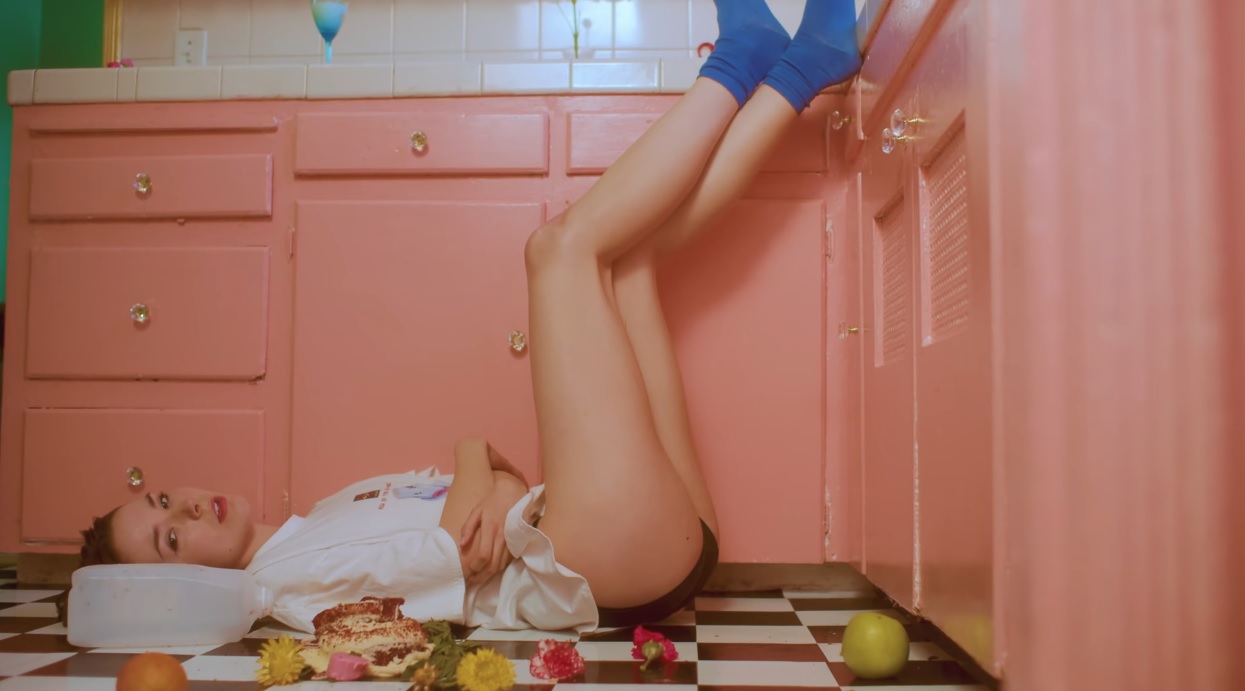 “You’re So F*cking Pretty” reflects a shift in style and focus for The Regrettes, a four-piece pop/punk band that amassed some buzz in 2019 with How Do You Love? and its a punky collection of infectious melodies and youthful energy.

The new track is a confessional ballad of earnest emotion, and its new music video finds singer Lydia Night at her most vulnerable while alone in a colorful empty apartment.

‘You’re So Fucking Pretty’ video is OUT!! thank you so much to everyone who made this happen and helped create something so special https://t.co/0PgRYmFmoL pic.twitter.com/fg9gfXGAuh

“As a queer person growing up it definitely felt like there weren’t many songs I could relate to fully and I feel like this song would have been something I would have held really close to my heart as a kid. I hope that happens with other people. I don’t think it necessarily has to be this queer anthem but I think someone else could listen to it and feel the same way, or someone could feel that way about a boy they like. Boys can be pretty too.”

The introspection reflected in this track stemmed from a burst of creativity Night and her band mates — Gariano, Brooke Dickson (bass) and Drew Thomsen (drums) — felt while spending some pandemic days in Joshua Tree, brainstorming material for their upcoming third full-length record.

Here’s how Night explained that song:

“I wrote our new song “Monday” on Zoom during the pandemic with my producer Tim Pagnotta and talented writer Michelle Buzz.

“At the time I was pretty much at the peak of my anxiety disorder, every morning I was waking up and absolutely dreading the idea of functioning and being “productive” (whatever the hell that even means) for another day. Like most of us, I was still at home, where all my issues still existed. So, whatever I was dealing with didn’t slowly fade away while stuck in traffic on the way to go write somewhere. I didn’t have the space to think of “what do I want to write about”, instead, I just rolled out of bed and all my horrible fucking thoughts were still with me, just waiting to be unboxed.

“As LA locked down, I felt a huge part of my Identity and ego being stripped away because of no touring, and no connecting with people at our shows. I’ve been touring since about age 12, so I had to come up with a new way to function in the world. It was really rough, and still is rough, but I found writing this song to be super therapeutic.

“It’s special that this is the first song we’ve put out in a while because it’s an important moment in time for me to mark. Part of the healing process for me is really learning and trying my best to keep on dancing the pain away so I hope people can relate to that and dance with me, even if it’s not at a show and in the safety of their own kitchen.”

It definitely sounds like the Regrettes are poised for a major breakthrough with their upcoming record, so stay tuned.

Catch the group on the road in the coming months, a headlining tour built around high-profile spots at both Coachella and Bonnaroo.