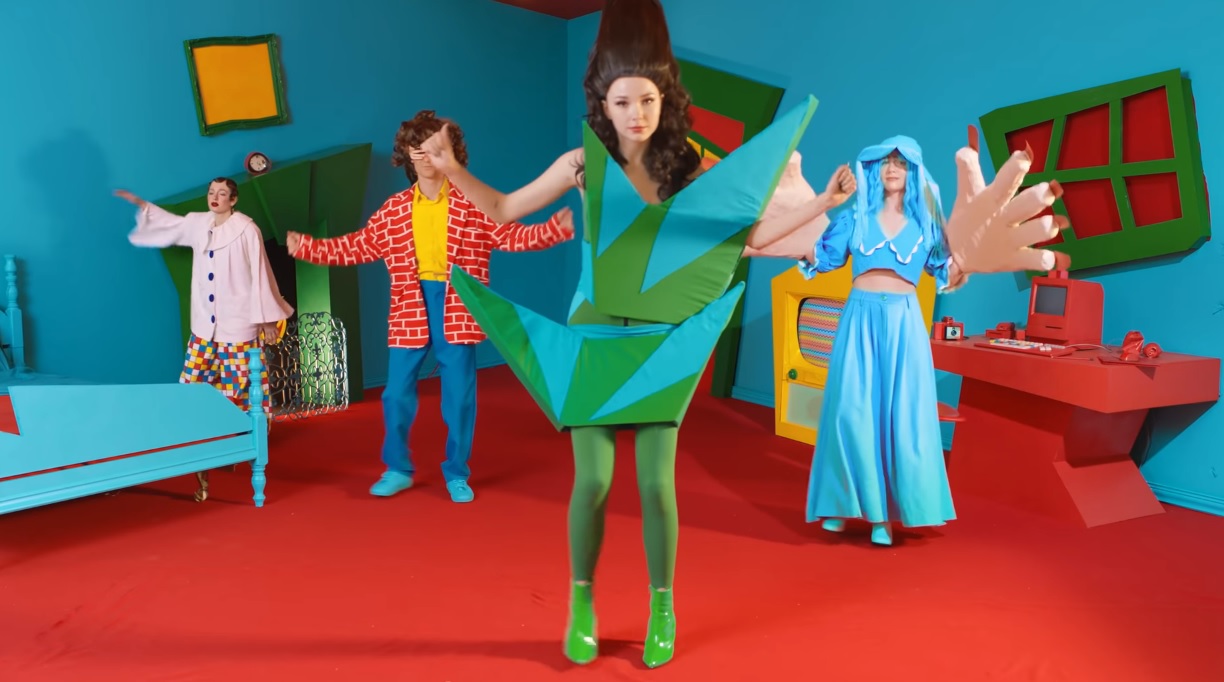 The Regrettes are nearing the April 8 release of their third album, Further Joy, and at this point the stylistic progression of the band is as evident as ever.

What previously was an indie/pop-punk outfit fronted by Lydia Night has dropped a bit of the “punk” from that designation and embraced the “indie-pop,” infusing songs with Night’s reflective and raw lyricism with thoughtful expressions of emotion to which we can all relate.

our new song and video ‘Anxieties (Out Of Time)’ is out now. this is crazy. our album comes out on the 8th. woah. https://t.co/1F2m56WfZG pic.twitter.com/gJxL7GJB5Q

The latest example of this is “Anxieties (Out Of Time),” a new song/track shared on Wednesday. Featuring lyrical and visual interpretations of anxious thoughts that just can’t be shaken, the song and its themes are both personal and universal, as is Night’s defiant cry of “Knock me down, I won’t back down”:

Said Night of the song:

“This was one I wrote at the beginning of the pandemic, and it encapsulates that impending doom, when it felt like everything in front of me was terrifying. This was before I was even diagnosed with an anxiety disorder. I think a lot of people experienced similar feelings at the beginning of the world shutting down. The chorus is a reflection of that, we wanted it to sound like an anxious, panic attack pace like you’re running out of time and it feels like that to me.”

At the heart of Further Joy, a press release details, is “a joyous and self-aware soundtrack for those interested in what Lydia refers to as ‘dancing the pain away.'” Night starred in a recent video for the confessional “You’re So F*cking Pretty”:

Here’s Night, speaking to the vulnerability on display in that video and the concepts of Further Joy as a whole:

The Regrettes will showcase new material and more on a headlining tour this spring, which also features key spots at both Coachella and Bonnaroo: