Out Now: The Pretenders Return with Resilient New Album ‘Hate for Sale’ (Listen) 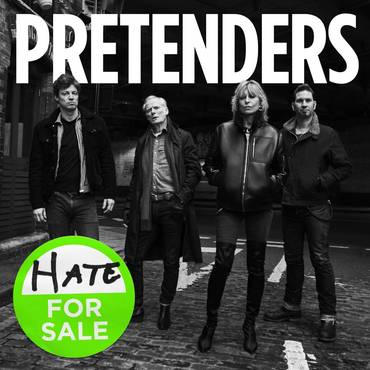 Hate for Sale, the eleventh studio album from Chrissie Hynde and The Pretenders and the follow-up to 2016’s Alone, was released on July 17 (click here to purchase the album on CD, here on vinyl and here on digital) — and it’s an eager, urgent and passionate tour de force from the band, a snarling statement of purpose and a reminder of the group‘s resilience.

“James, Mart, Nick and I have certainly become a well-oiled touring machine but we haven’t always been in the same country or town to accommodate recording schedules,” said Hynde of the new music. “Still, I’ve been dying to work with the Pretenders-proper on an album and now I finally have.”

Among the pre-release tracks was “The Buzz,” a standout from the record:

A music video for “You Can’t Hurt a Fool” was also premiered with the release of the new album:

Ordinarly, The Pretenders would have promoted Hate for Sale with a big summer tour supporting Journey — but that anticipated outing was cancelled as a result of the COVID-19 pandemic, meaning that Hynde and her band mates will have to wait a bit to take Hate for Sale‘s powerful new songs on the road.