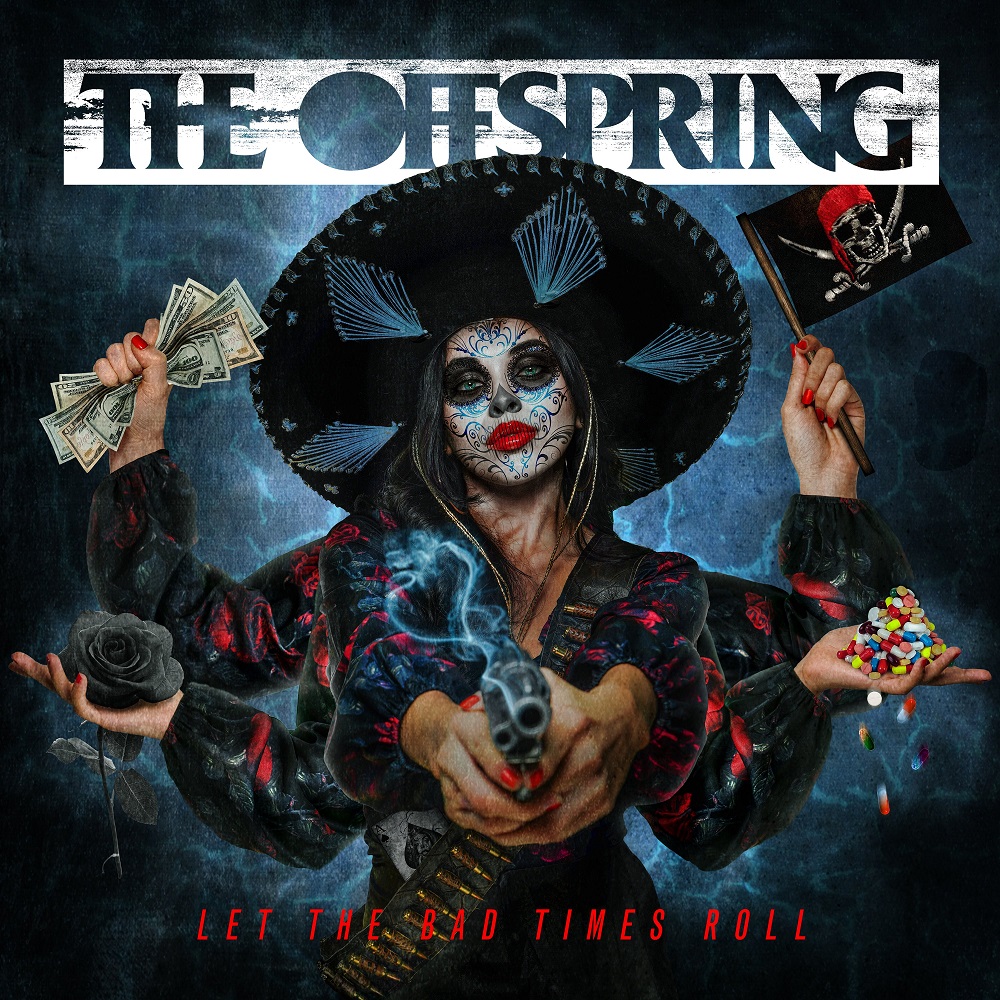 Nine years is quite a while between albums for active groups, so Let The Bad Times Roll comes with a special kind of anticipation among fans of The Offspring.

Despite a prolonged gap in the creative process — one that afforded front man Dexter Holland the time to go back to USC and finish his doctorate in Molecular Biology(!) — the record, the Offspring’s tenth to date, is available now.

Released on Friday, the album blends a few odds and ends from over the years with brand new, original tracks from the Orange County punk/rock icons, and all of it has that signature Offspring sound, as energized as ever.

You may be thinking … what inspired the band to release a new album now, and with the title Let The Bad Times Roll? Is a title like that inspired by the state of things in the United States these days? In our new feature interview with Holland, he pulled back the curtain a bit:

“There’s two ways of interpreting that. First is, how could we put out an album now and not talk about what’s been going on the last few years, right? It’s the elephant in the room. And I don’t mean like, this isn’t a song about a certain administration or whatever. There are things going on all around the world, and in a way I think the song’s about oppression, really. We’re seeing that in Hong Kong, the Ukraine, around the world these things are going on. We’ve also had this year of social upheaval, and oh, on top of that, let’s throw in a pandemic. It’s like oh my god, what else can you throw at us?

“In that sense, Let the Bad Times Roll just seemed to sum up the state of the world. We felt like … it’s not just a referendum on what’s happened the past few years. We’re not out of the woods yet, you know? We’re still facing these challenges, we’re still trying to get vaccinated. It was just a couple months ago that the Capitol riots happened, along with everything else.”

The title track, the record’s lead single, walks that familiar territory for an Offspring anthem: Upbeat, bouncy rhythms and guitars set to a song about some rather serious subject matter, presented in a way that lampoons its source material. Here’s the track’s music video:

Another pre-release song made available was “We Never Have Sex Anymore,” a track Holland explains was kicking around in one form or another for years, finally landing on an album thanks to the help of a horn section. Again, this one treads that “feel-good song with lyrics that are anything but,” and it’s a blast:

The Offspring has built a massively successful catalog of music over the years by hitting that sweet spot between straight-ahead punk anthems and lighter fare, both of which are featured throughout the record. The punked-up “The Opioid Diaries,” for example, touches on substance abuse and mental health in a way the band’s 1999 hit “The Kids Aren’t Alright” also did, expressed through a narrator acknowledging that these same issues still exist today.

“Hassan Chop,” another particularly high-energy song on the record, packs that “old-school” Offspring vibe into a tight two minutes, even repurposing a lost guitar solo in the bridge that dates back to the band’s earliest days in 1986.

“Gone Away,” one of the band’s biggest ’90s hits and most memorable tunes, reappears in a hushed, piano-led version from Holland. It’s a fan favorite moment from Offspring concerts over the past few years, and that fan interest inspired a studio-recorded version.

Nearly four decades in the game, ten studio albums in, millions of records sold globally and with a passionate international fan base still hungry for new music, the guys in The Offspring (Holland, guitarist Noodles, bassist Toby Morse and drummer Pete Parada) know what they’re doing. The pedigree is there, the precision of message and delivery on-point, the style unmistakably all their own.

They’ve carved out an untouchable place in punk music history, and Let The Bad Times Roll has enough highlights to slide comfortably alongside the band’s earlier output.