Home / The Mystery of “The Black Zeppelin” Session Revealed

The Mystery of “The Black Zeppelin” Session Revealed 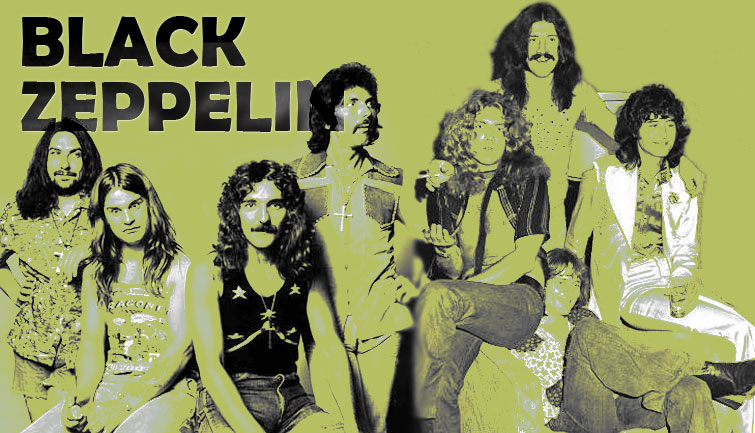 For nearly 40 years, hardcore fans of Led Zeppelin and Black Sabbath have sought recordings of the infamous “Black Zeppelin” jam session rumored to have happened between the two 1970s rock giants.

Whether the tapes exist, or whether they are a figment of heavy metal myth-making, is a question that continues to fuel debate.

Perhaps what captures people’s imagination most about the “Black Zeppelin” story is the idea of Bill Ward and John Bonham — regarded as two of the greatest skin-pounders in the pantheon of rock — together in the same studio, just a few years before Bonham’s untimely death at the age of 32.

That’s why Rock Cellar Magazine recently tracked down Sabbath stickman Ward to shed some light on the “Black Zeppelin” legend and share insight on his late comrade “Bonzo” Bonham. 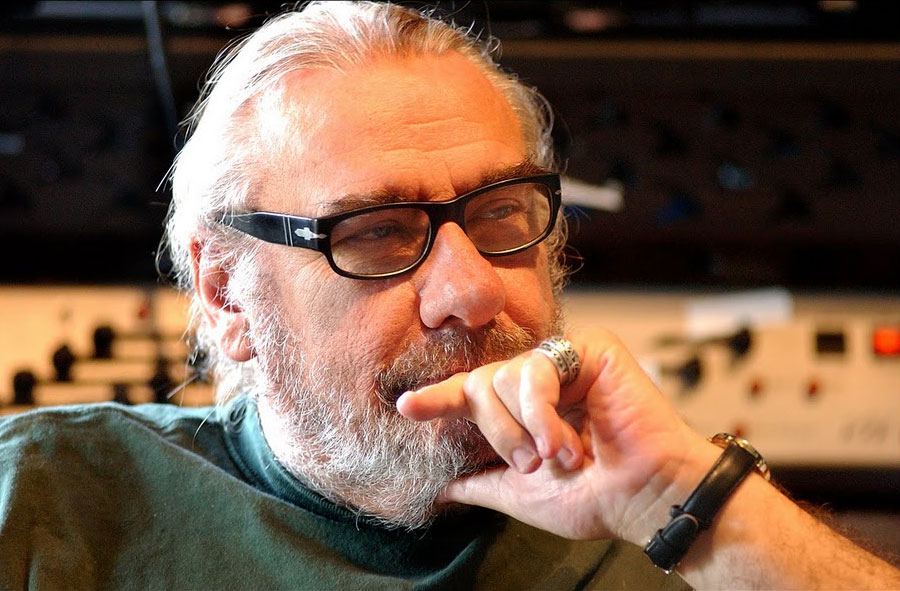 “It only happened on one occasion that Zeppelin and Sabbath were in the studio at one time, and I think it was in the mid-’70s,” said Ward from his home in Seal Beach, CA. “We were in sessions – I don’t remember what album we were working on – but it all started when Bonzo comes into the studio and sits down at my drum kit and starts playing Supernaut. That was one of our songs that he really liked.”

“It escalated to a pretty crazy situation within about 30 minutes, because not only was Bonzo there, but Robert Plant and John Paul Jones were there as well. Jimmy (Page) wasn’t there, but I wish he had been.  And Bonzo was kickin’ the crap out of my drum kit!” Ward laughed. “I can still hear him playing that intro on the hat, over and over.”

With his thunderous, pounding style, Bonham led the roughly 45-minute session with the other original Sabs — Ozzy Osbourne, Tony Iommi and Geezer Butler.

“Bonham’s bass drum work, of course, was incredible,” recalled Ward, who is currently in the midst of finishing some solo projects. “I played two bass drums, and they only let him play one in Led Zeppelin, so there he was playing two bass drums. Supernaut, I tell you, sounded like something from the hardcore bands of today, where they play two bass drums with such incredible speed.

“Bonzo was doing that easily. He was having a good time, playing two bass drums, and he was playing all the down beats and some quiet treble with all the high hats.  He was playing Supernaut with a whole different feel, all the while yelling, ‘Supernaut!’ for pretty much the whole time. It was crazy, man.” 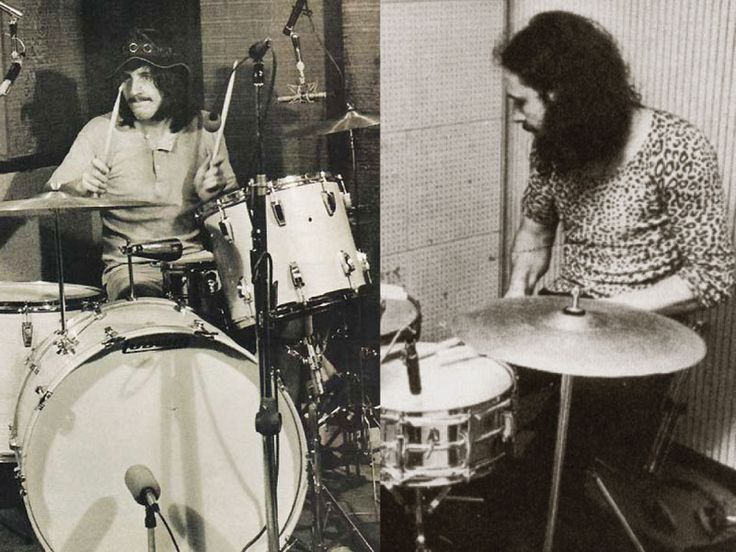 The first time Ward ever saw Bonham perform was in a club in England, when both drummers were just 15 years old. Ward clearly remembers that young Bonzo had chops beyond his years. Simply put: “He kicked ass.”

Ward and Bonham were friends from that day forward, and would remain so even when their respective bands skyrocketed to international fame and were rumored to be fierce rivals. Any such rivalry between the two bands, particularly the two drummers, Ward insists, was merely an invention of the rock and roll gossip press.

“(Bonham) is a historical figure in drumming because he was so outstanding, and all of us listen to Bonham to understand pace, timing and feel.”

The friendship between Bonham and Ward was founded on something deeper than drumming, Ward said. “We both liked to live in the country, and would visit each other in Worcestershire. He was quiet, observant and very thoughtful,” said Ward. “We actually didn’t talk a lot about drums, or about Zeppelin or Black Sabbath. We just talked about our families, and those were some of the nicer times I had with him.”

Of course, their reputations as debauched rock lunatics weren’t totally unfounded, either. “Then there were the times when we were raucous, drunk and wild,” Ward said. “We were both prone to verbal attacks against people, including each other. When he passed away, I’ve always tried to speak about him in the most respectful way, but there was a side to him that loved to party.”

Sadly, it was Bonham’s excesses that would ultimately lead to his tragic death after a full day of heavy drinking (beginning with a breakfast of four quadruple shots of vodka). Ward, who was at the time spiraling into his own alcoholic hell, saw the death of his friend as a wake-up call.

“I got the news when I was reaching some of the lowest places in my alcoholic depression,” said Ward. “It was about 8:30 in the morning and I was here in California waiting for a dealer to come to the house and drop off some dope, or what have you. When she arrived, she announced that Bonham had died, and the very first thing I thought, quite selfishly, was, ‘Yeah, and I’ll be the next one.’

“So in part, I’ve always thought of his death as a signal for me that, ‘If you don’t shape up, Bill, you will be the next one drowning in beer or overdosing.’ After that of course, I was incredibly sad. I have so many good memories of Bonham, though.” 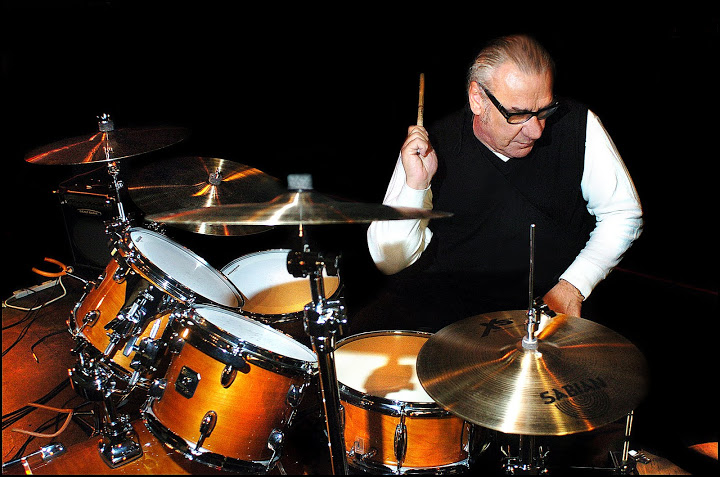 Memories, incidentally, are the only keepsakes Ward possesses from the infamous Black Zeppelin jam session.

“There was a moment during that jam where we all kind of got this crazy notion and said, ‘Oh, let’s just put something down on tape,'” said Ward. “But nothing transpired and no tape rolled. The bottom line is, we were just pissin’ around that day, that one and only time that Zeppelin and Sabbath were in the studio together. There was no musical crossover between the two bands, and nothing was recorded. I believe at one point, Geezer and Robert did a bit of writing together, but that was just their own personal thing, between them. But the Black Zeppelin recordings, as people like to call it, didn’t ever exist.”

Of course, new generations of fans will continue to debate the existence of the elusive bootlegs. To Ward, though, a recording of the jam session pales in comparison to the mental image of his friend Bonzo hammering away at his drum kit, hollering ‘Supernaut!’

“I miss him still today,” Ward says. “Whenever I hear Stairway to Heaven, when John plays his famous triplets at the end, I’m reminded of the clubs he played when he was 15 years old. And I can still see him kicking the crap out of my drum kit that day he came into our studio. Oh my God, he was this tremendous force of energy with those two bass drums…”

“To me, Bonham was the premiere hard rock drummer of the last century, and so far, still is.”  – Bill Ward