Home / In Appreciation of The Matches’ 2003 Song ‘December is for Cynics,’ Truly the Anthem for the Final Month of 2020

In Appreciation of The Matches’ 2003 Song ‘December is for Cynics,’ Truly the Anthem for the Final Month of 2020 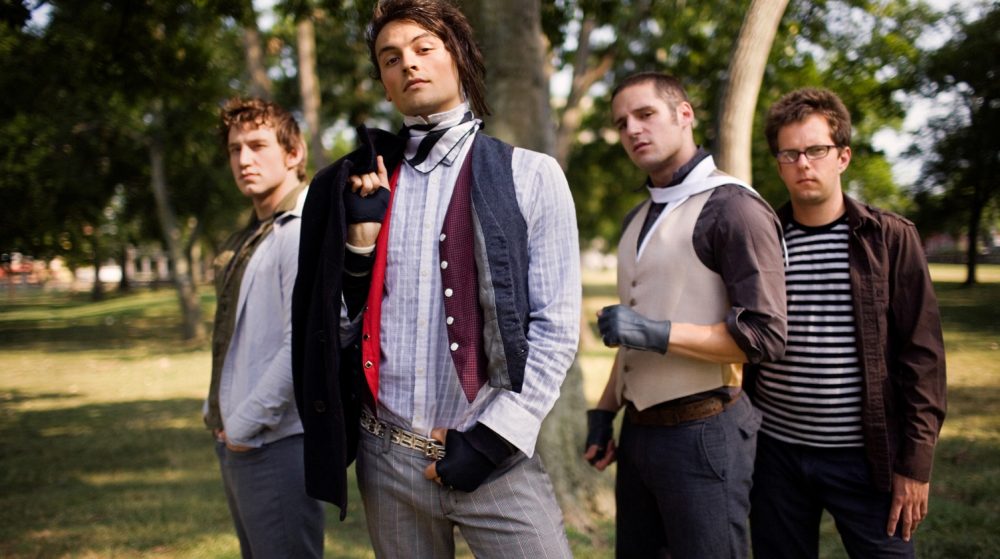 The original version of this article was written in December of 2020 — a year later, The Matches guitarist/vocalist Shawn Harris appeared on the Chris Demakes A Podcast, hosted by Chris Demakes of Florida ska/punk legends Less Than Jake, to discuss “December is for Cynics” and the story behind the track:

NEW EPISODE OUT NOW! @5hawnHarri5 and I breakdown the writing, recording, and inspiration behind @thematchesband 2003 holiday single “December Is For Cynics”!

2020 has been a year of angst, frustration, and disarray. A global pandemic turned our “normal” way of life upside down, the political and social climate was tense (to say the least) in a contested election year, millions have lost jobs, live music (and the venues we all hold so dear) have had their futures thrown into doubt, and so on. It’s now the final month of this wretched year, and though things may turn around in the future, we don’t know how long that might take. It’s all enough to make anybody want to “go buy some takeout and hibernate,” which sounds like good advice for 2020 … though it’s a line from “December is for Cynics,” a song by The Matches released way back in 2003.

That’s right, seventeen years ago the San Francisco Bay Area-based alt/rock/punk band shared the one-off single that appeared on the compilation album A Santa Cause: It’s a Punk Rock Christmas. The song’s lyrical bite strikes a cynical tone (see: the song’s title) regarding the commercialism of the season and the concept of mandated cheerfulness, and whether intended seriously or as an indictment of those who hold such sentiment, it definitely maintains a strong angle:

Used is the new black
Downloads are the new crack
Mocking carols that we hate
Damn, it’s easy being great

It’s the “hibernate” lines and the overall sense of disillusionment in “December is for Cynics” that makes the song the perfect anthem for the final month of the year. Plus, “let’s go buy some takeout and hibernate” is sound advice for remaining safe-at-home, hopefully out of danger of contracting the coronavirus.

Musically, the song captures the essence of the Matches, who enjoyed an eventful few years beginning around 2003 on the Warped Tour circuit before eventually calling it quits in 2009 (more on that later) — the band’s signature irreverence and stylistic eclecticism shining through on what became a fan favorite at live gigs:

So there you have it, the quintessential song for December 2020, released seventeen years earlier.

If you’re enjoying the final month of 2020 with a hopeful eye on whatever the future might bring (ideally better things), more power to you — but if it’s hard to feel cheerful after the slog of this year, that’s totally understandable too.

It’s OK to feel down after what we’ve all been through.

The Matches, meanwhile, are the focus of a new documentary film titled Bleeding Audio from filmmaker Chelsea Christer.

Bleeding Audio (drawing its name from “Audio Blood,” a fan-favorite song on the band’s self-released 2003 debut E. Von Dahl Killed the Locals) is a new documentary film from Chelsea Christer chronicling the Matches from the very beginning, a candid look at how the band became caught up in the trappings of a music business caught in chaos. The film features interviews with band members Shawn Harris (vocals/guitar), Jon Devoto (guitar), Justin San Souci (bass) and Matt Whalen (drums), as well as the band’s peers and collaborators in the music industry (including Mark Hoppus of Blink-182, Nick Hexum of 311, Simon Neil & James Johnston of Biffy Clyro, Cassadee Pope from The Voice, Tom Higgenson of Plain White T’s, and more).

Like many acts in the early 2000s, The Matches were set to be the next ‘big thing’. After building a tight-knit music community in the Bay Area, they broke out and became an internationally touring act. An eclectic group of artistic weirdos, the band grew a thriving cult fanbase worldwide. For nearly a decade, The Matches toured mercilessly, but couldn’t seem to return with more than a few hundred dollars. Between exhaustion and defeat, the band dissolved in 2009. In 2014, they decided to humbly reunite for what started as a small local show in San Francisco. Bleeding Audio is a portrait of how bands navigate the digitizing industry, told through the unique lens of The Matches’ career.

Bleeding Audio captures the nuance of the Matches’ story perfectly, and the tone of the film (which had its world premiere in the Bay Area in March, just days before the COVID-19 pandemic put a halt to everything) matches (no pun intended) that of the band’s music. Quirky, candid and clever, it tells the story of a band that met its (first) end prematurely for a variety of reasons, the uncertain nature of the music business at the time playing a key role.

Bleeding Audio is currently taking part in occasional virtual film festivals and was recently named a selection of the 2021 Slamdance film festival:

Ya'll.. I can't believe this is real but… @Bleeding_Audio is an official selection of #Slamdance2021 & I'm officially dreaming, right? ✨ https://t.co/qqWOTb2tg3

The virtual festival will run February 12-25, 2021. There will be a two-night drive-in presentation in Joshua Tree, CA open to the public February 13-14, and closing in Los Angeles February 25, 2021. For more on Bleeding Audio, visit its official website.