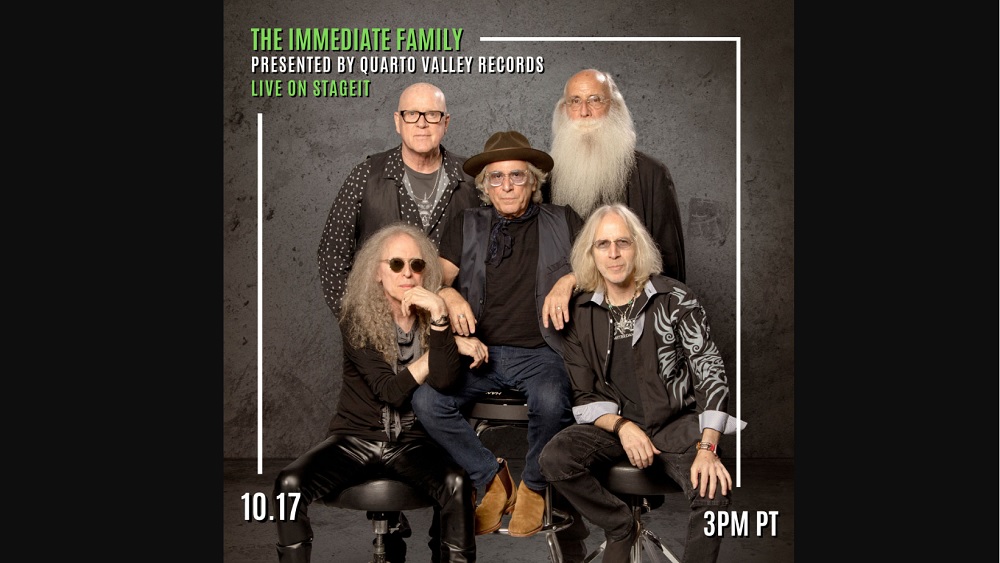 On Friday, the group will release a new EP, Slippin’ & Slidin’, a new set of tunes from the group that was previewed recently with the title track:

Click here to pre-order the EP from our Rock Cellar Store.

To celebrate the release of the EP, the Immediate Family will host a live stream gig on Saturday, Oct. 17 at 3 p.m. PT, streaming a live performance via StageIt. This will serve as the band’s “release party” for the EP, and ticket information to access the stream can be found by clicking here.

The EP will feature some of the group’s most well-known songs, including “New York Minute” and a live version of “Werewolves of London,” both of which were co-written by members of the group. “Slippin’ And Slidin’” is the band’s second single of new music released in the U.S., Europe and South America (following the June release of the acclaimed cut “Cruel Twist”). More new music will be coming out in early 2021 on Quarto Valley Records.

As for the Immediate Family, the rock and roll resume of the group is eye-popping: