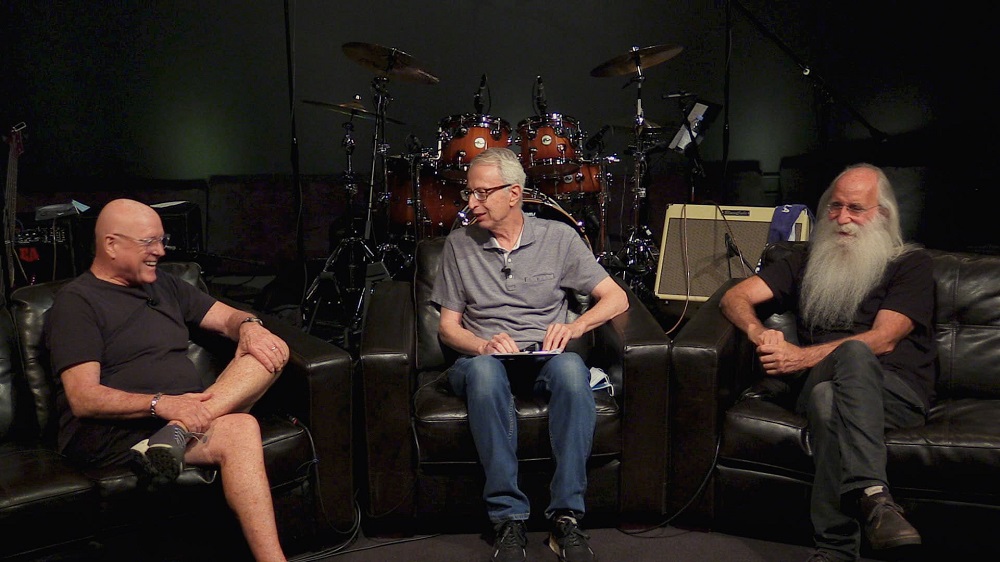 Russ Kunkel and Leland Sklar, both of the rock and roll supergroup The Immediate Family, took part in a new, three-part video series that premiered on DrumChannel.com this week.

Hosted by Don Lombardi, CEO of DrumChannel.com and founder of Drum Workshop Inc., the spirited conversation touches on a number of topics. Said Lombardi of the interview:

“The interview is a great lesson on feel, pocket, groove, musicality and their life experiences. It was an honor to host this interview with these two legends, and I know you will enjoy it as much as I do.”

Must watch! 🙌 One of the tightest rhythm sections in music shares their expertise in this engaging series. Russ Kunkel and Leland Sklar are the featured guests in this three-part video series, available now for free for 30 days on our YouTube channel! https://t.co/VYUf1PeevU pic.twitter.com/fZaHDo8wt3

The DrumChannel.com interview series comes as members of the group will also be participating in Believe in Music Week, the virtual edition of the NAMM Show (National Association of Music Merchants), which shifted online rather than its traditional in-person event in Southern California due to the COVID-19 pandemic.

Click here to visit the NAMM website to register for Believe in Music Week, and be sure to catch members of the Immediate Family during the rest of the week’s programming:

Here’s information regarding the educational sessions that members of the Immediate Family will be participating in during NAMM’s Believe in Music Week:

As part of the show’s TEC Tracks series, members of The Immediate Family will be participating in four different sessions between Thursday, January 21, and Friday, January 22: