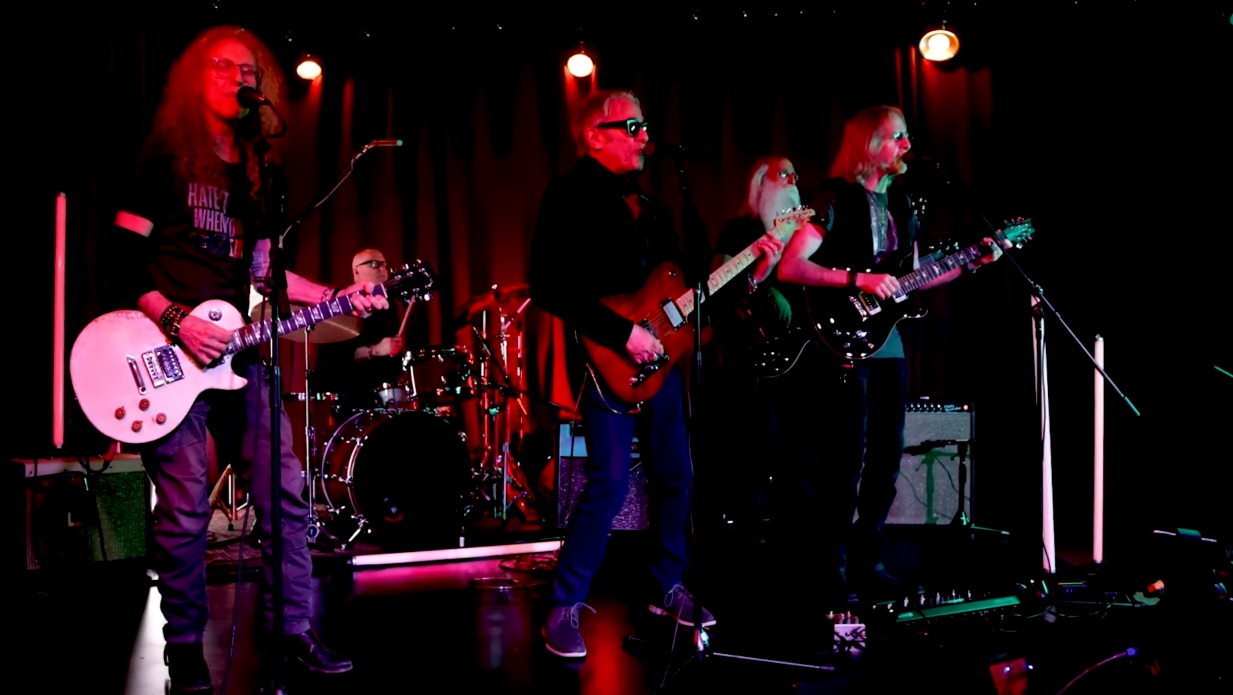 The Immediate Family 3:45 Coming Through

It’s the latest song shared from You Can’t Stop Progress, a new EP released by the Immediate Family via Quarto Valley Records in late April, and is a perfect snapshot of the band’s impeccable musical talents:

“3:45 Coming Through” was written by band member Steve Postell, who says of the track: “There is a long tradition of songs about trains, and songs about heartache, particularly in blues and folk music. I decided to tackle both themes in the song “3:45 Coming Through”. As always, The Immediate Family brings our signature big beat rock n’ roll to this track, and I get to suggest the train whistle with some slide guitar.”

The Immediate Family also previously released a video for the EP’s title track:

Said Kortchmar of the track: “I started ‘Can’t Stop Progress’ years ago with my pal Stan Lynch. I had the chord changes, and Stan came up with the title and a few lines for the chorus. Then it lay dormant for a while and every now and then I’d work on a lyric but couldn’t get a handle on where to go with it. Being in The Immediate Family lit me up creatively, and I finally stumbled on what I wanted to say and how to say it. After I had the lyric, I felt it still needed more music, and that’s where Waddy came in. I love working on songs with Waddy. He always can take an idea and move it forward, and that’s what happened with this song; he came up with the moving chord changes in the verse, which helped it tremendously.”

Wachtel adds: “Danny had all the words done, and I think he also had the musical shape for the chorus, but he was stuck for the main musical feel for the song and the music for the verses. I came up with the main guitar lick, and then I also found the chords for the verses to support his lyric. When it came to the bridge, I think I suggested we modulate up one key for the bridge and use the same basic chord progression and then drop back down to original key for the out choruses. I also suggested we do the song as a two-part harmony!”