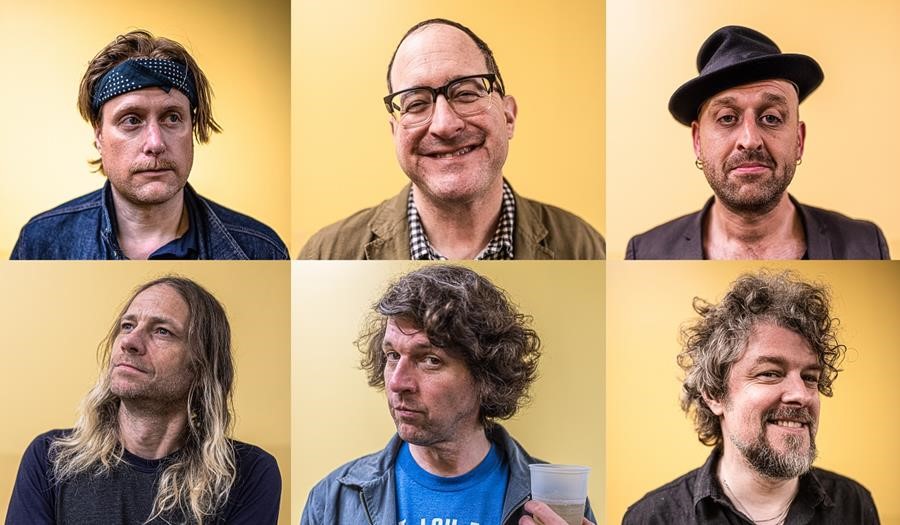 Craig Finn and the Hold Steady are back in action.

On Tuesday, the esteemed indie/alt-rock Brooklyn band announced a new album, Open Door Policy, which will be released on February 19, 2021 via the band’s own Positive Jams label via Thirty Tigers.

In addition to that news, the Hold Steady premiered a new single, “Family Farm”:

When released, Open Door Policy will be the follow-up to 2019’s Thrashing Thru the Passion and the group’s eighth overall.

Said Finn of the new album, in a statement:

“Open Door Policy was very much approached as an album vs. a collection of individual songs, and it feels like our most musically expansive record,” says singer Craig Finn. “This album was written and almost entirely recorded before the pandemic started, but the songs and stories explore power, wealth, mental health, technology, capitalism, consumerism, and survival – issues which have compounded in 2020.”

As if all of that wasn’t enough excitement for fans, the Hold Steady will also be hosting three live stream gigs this week, on Dec. 2, 3 and 5, from Brooklyn Bowl in New York as part of the band’s Massive Nights performances, an annual musical celebration the band started in 2016.

| TOMORROW! | Live music is back at the Bowl and #MassiveNights2020 starts at 9PM ET! Get your tickets for @theholdsteady this THU-SAT! While fans won't be in the venue, you can be in the stream. We'll see you there–>>https://t.co/DwVTeeV95Q 🤘 pic.twitter.com/K7CQP3Ar9n

Tickets for the streams will cost $15 each with a variety of other packages available via Fans.com. More on the shows:

The Hold Steady fans can expect three nights of different sets filled with classic and new songs and of course the Brooklyn Bowl energy they know and love.