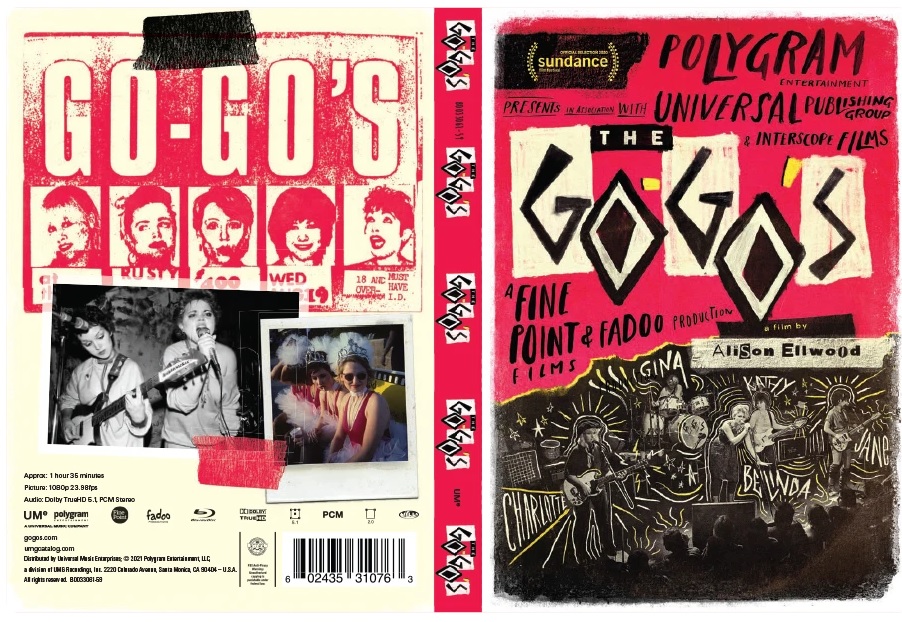 On July 31, Showtime premiered The Go-Go’s, a new documentary film on the trailblazing Los Angeles-based punk/New Wave group of the 1980s — and on Feb, 5, 2021, the film will be released on Blu-ray/DVD/digital platforms.

This news was announced recently alongside the premiere of a music video for “Club Zero,” the band’s new song which was premiered in the lead-up to the documentary launch in the summer. Take a look:

The focus of our August 2020 feature interview with the Go-Go’s Belinda Carlisle, Charlotte Caffey, Jane Wiedlin and bassist Kathy Valentine, the film (directed by Alison Ellwood) “chronicles the ups and downs of one of the most beloved — if misunderstood — bands of the MTV-era,” per Rock Cellar writer Jeff Slate.

More on the film, per a news release:

The candid and archive-rich documentary assesses the group’s place in music history and offers full access to The Go-Go’s, including past members as well as longtime members of their inner circle. With their roots in the L.A. punk scene, they were bad girls and genuine punk rockers, and this serious appraisal of their story is the first to set the record straight about their historical ascent to global stardom. A major highlight of the film focuses on their collaborative efforts in writing a new song, the female empowerment anthem “Club Zero,” which became the first Go-Go’s single in nearly 20 years and hit the Top 10 on the Rock Digital Song Sales chart.

WAHOOO!! Our documentary is hitting your DVD players! Pre-order the physical copy (in DVD/Blu-Ray) today for something new to add to your Go-Go's collection 📀 Available on physical & digital February 5, 2021:https://t.co/YKDD45SMal pic.twitter.com/tGzJe9eHuA

As for the band’s take on the documentary, Jane Wiedlin provided this intriguing quite in our feature piece:

“One of the things I love about this documentary, which is in marked contrast to the Behind the Music documentary about us, is that it’s not salacious. It’s not, “Ooh, sex and drugs!” That’s so boring, because that’s such a template. You can literally put any rock band into that template, and it would be the same.

What supposedly made our story more interesting when they did the Behind The Music is that we were women, and I just reject that. For the new film I feel Alison dug deeper and really brought out the heart of this band. When I saw it with the band in a theater with a bunch of people, it hit me really hard what a great story and movie it is, and how Alison put all the pieces together and created this whole arc.

Be sure to check out The Go-Go’s when it’s available in early February!