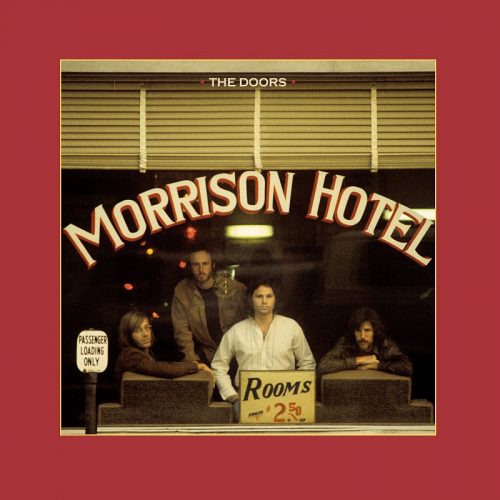 To preview the massive commemoration of the album and its influence, the Doors shared an outtake from the album sessions — stream “Peace Frog/Blue Sunday (Take 4)” below. Featuring an alternate (and unpredictable) vocal take from Jim Morrison, it’s a glimpse into the music-making process that the band went through in completing this record:

And the CD/LP track listing for the Morrison Hotel 50th Anniversary Deluxe Edition from The Doors:

Disc One: The Original Album

Black Dressed In Leather (Queen Of The Highway Sessions)