To appreciate the Darkness is to appreciate loud, boisterous, rock and roll. For nearly 20 years, the English hard-rock band has soared to incredible heights on the strength of vocalist/guitarist Justin Hawkins’ window-shattering falsetto set to aggressive rock riffs. (Remember “I Believe In a Thing Called Love?”)

But … does rock and roll deserve to die? That’s at the forefront of the band’s new video for a track called, yep, “Rock and Roll Deserves to Die,” a new track off the band’s upcoming album Easter is Cancelled, which will be released on October 4. 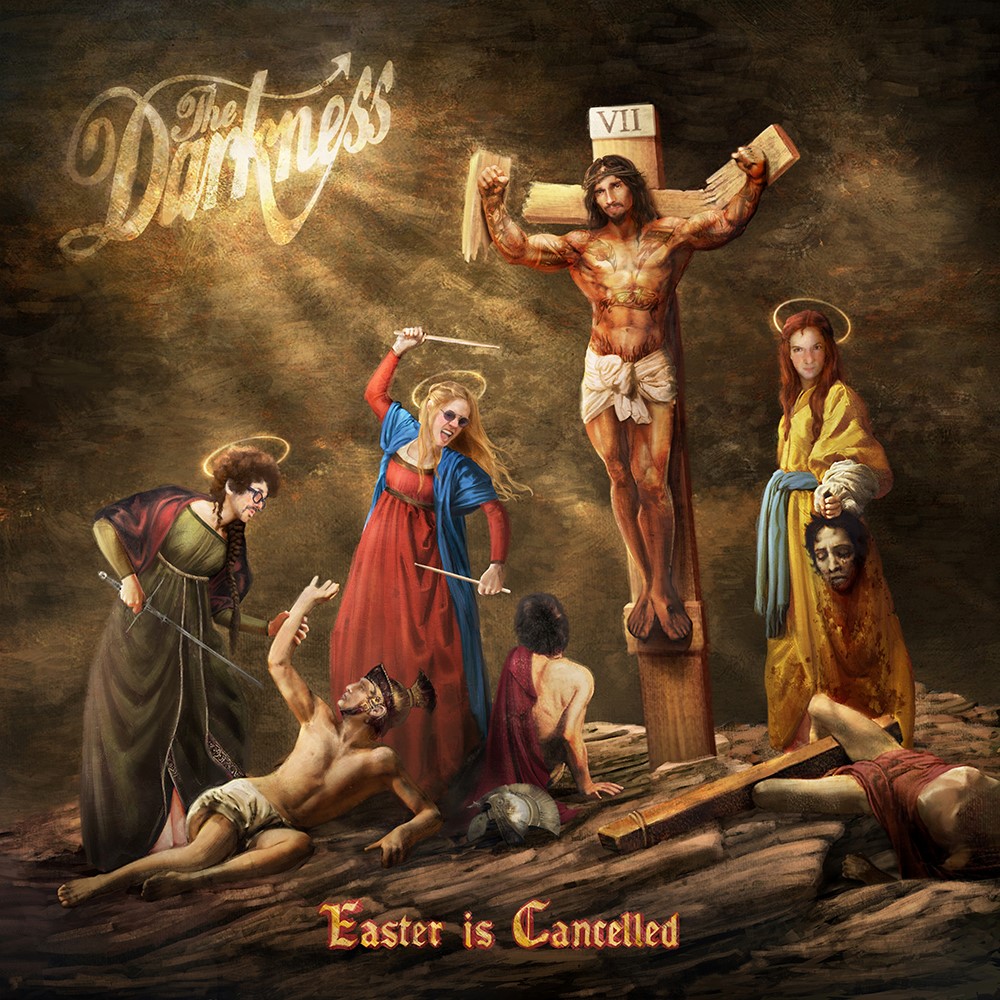 Be warned — the waning seconds of this video features a lot of Hawkins in the buff … for comedic effect, naturally.

“A lot of bands have relinquished their duty. Rock and roll is so uniform now. Everybody dresses the same, looks the same, sounds the same. It’s pathetic. It deserves to die. Let’s kill the cliché. Let’s break the crucifix. That’s partly what the album is about.”

While Hawkins takes even fancier language to talk about the album in a statement:

“At the end of days, humankind must consider the essential truths of existence. The Darkness, your vanguard in life’s journey, have stared into the abyss. The observations we bring from the edge are set out in a new record album, titled ‘Easter is Cancelled’.

“This far-reaching communiqué examines man’s brutality to man, the dichotomies that we live within and the alternate realities that exist alongside our blinkered comprehension of the Universe. The song cycle defines human existence through a parable – the slow lingering death and eventual glorious re-birth of rock and roll.

In the search for perfect sonic equivalents of core truths, every musical instrument of the world has been explored and exploited to its fullest extent. Endless days in studios, museums, spiritual retreats and places of learning turned into endless months, as deeper and deeper layers of truth were uncovered, translated and set for eternity in sound.

“The result is a literally Biblical record, and those who have said that rock and roll is the Devil’s music should listen and understand that it is, in truth, the voice of God.

“This is the grandest statement any band has ever made, and the endeavour has taken its toll. In achieving such a mighty goal, a line is drawn and this will be the last traditional music album from The Darkness – having confronted the eternal and ultimate, we must now move on to higher art forms. The future is an open door. Who’s in here?”

Got all that? OK, great.

Here’s the track listing for Easter is Cancelled: