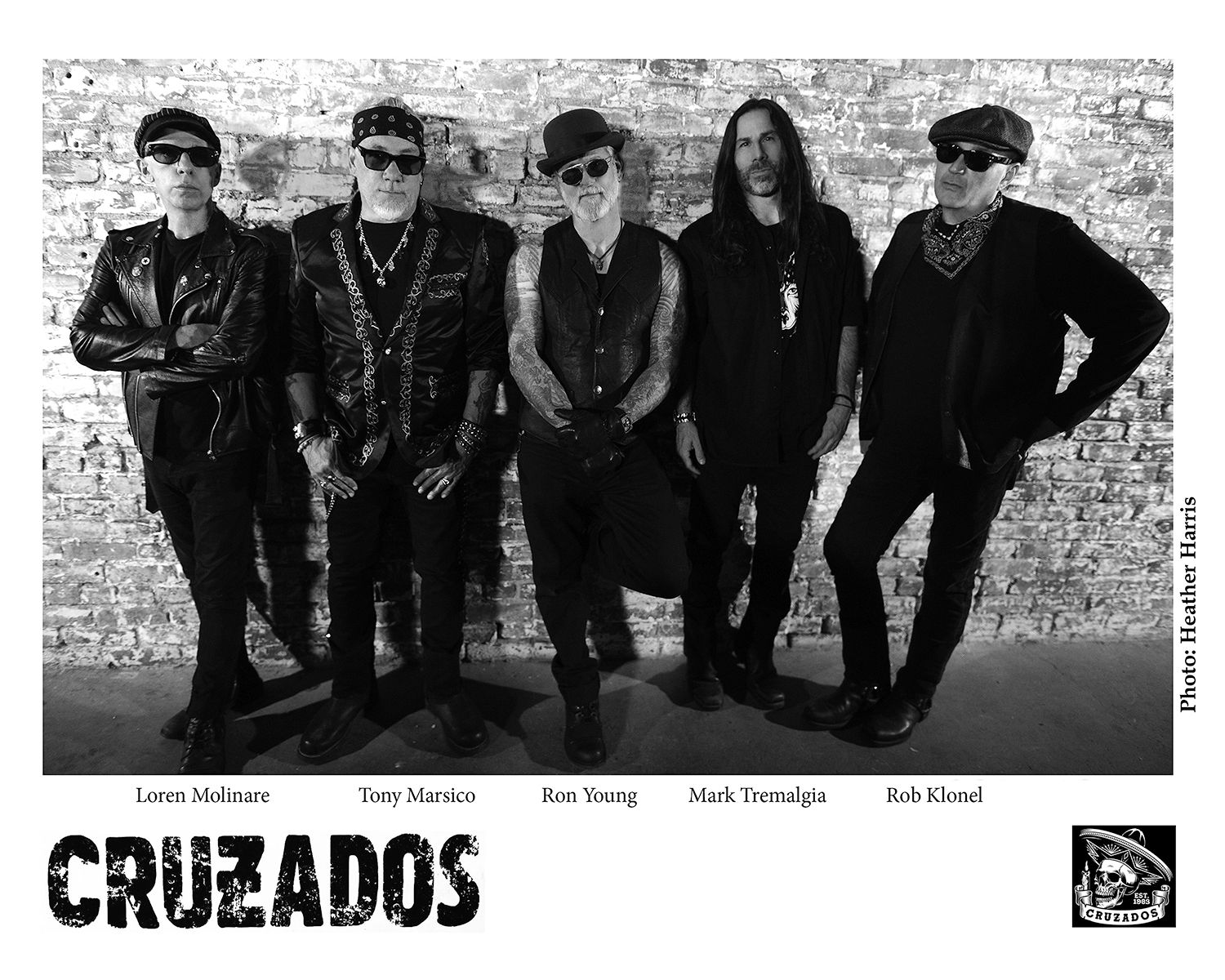 Celebrated 1980s rock band Cruzados — best known for such songs as “Motorcycle Girl,” “Just Like Roses” and “Flor de Mal” — makes a surprise return this summer with She’s Automatic, which will be the Los Angeles-bred group’s first new studio album since 1987’s After Dark.

The release includes 11 songs written or co-written by Tony Marsico, the bassist/co-writer for Cruzados and a member of its punk/pop predecessor the Plugz.

She’s Automatic will be available on CD and select digital and streaming platforms August 13 via Marsico’s label imprint Scamco, with a LP release slated for fall.

When Marsico decided to resurrect the Cruzados, he recruited members of his ’80s L.A. contemporaries Little Caesar. Guest musicians on the songs include John Doe (X), Dave Alvin (the Blasters), David Hidalgo and Steve Berlin (Los Lobos), and Melanie Vannem (the Muffs, the Pandoras).

A bit of a primer on The Cruzados, as it’s been a while:

The group attracted national attention in the 1980s with their Latin-infused blend of hard rock and post-punk sounds. Signed to Clive Davis’ Arista Records, the quartet issued two albums, Cruzados (1985) and After Dark (1987), opened tours for Fleetwood Mac, Stevie Ray Vaughan and INXS and appeared at Farm Aid.

They also made an appearance in the 1989 action film Road House starring Patrick Swayze, but split two years later.

Guitarist Marshall Rohner died in 2005. Drummer Chalo “Charlie” Quintana, who went on to greater prominence as a member of The Havalinas, Izzy Stradlin & the Ju Ju Hounds and Social Distortion, died in 2018.

Additionally, the bassist has put out several albums with his jazz combo Martini Kings, appeared in TV shows and films and penned four books — notably the studio and road story-filled Late Nights With Bob Dylan and I’m Just Here for the Gig.

With the isolation mandated by the start of the COVID-19 pandemic, Marsico began pondering another album using the Cruzados name.

“Being penned up with the pandemic at home for a year, I started questioning my mortality,” he said in a press release announcing the project. “I felt like I got shortchanged with the Cruzados. We never got to put out a third album, due to a lot of crazy circumstances that cropped up. I wanted to do the band justice and go out on a high note. That was my goal, and to pay tribute to Chalo and Marshall.”

Material for a new Cruzados release came together quickly.

“I wrote a batch of new songs during the pandemic at home,” Marsico explains. “I had a lot of frustration and anger that I had to get out of me, and before I knew it I had an album. There wasn’t any big plan. I just felt motivated to do something more constructive than siting around being miserable about the state of the world.”

To help carry on the Cruzados’ legacy in the studio, Marsico recruited singer Ron Young, guitarists Mark Tremalgia and Loren Molinare of Little Caesar, who were also on the Los Angeles scene in the late ’80s as a Geffen Records act and are still active. The core Cruzados lineup was completed by drummer Ron Klonel, who has collaborated with Little Caesar in recent years. 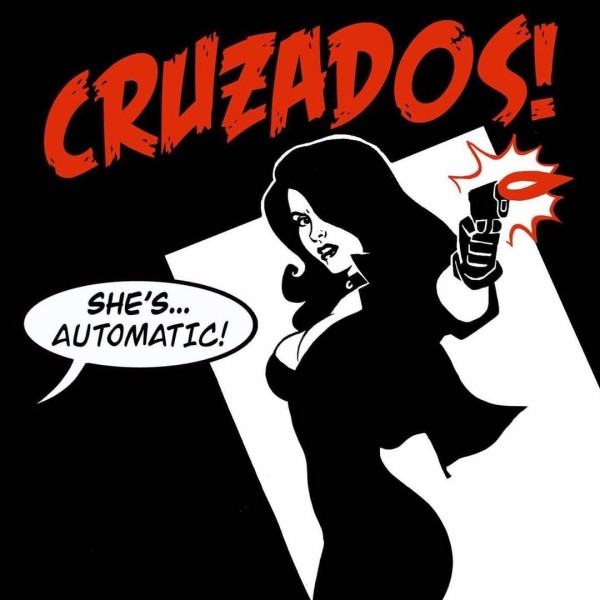 “The Little Caesar guys were Chalo’s best friends — they were pals from back in the day,” Marsico says. “I had to find the best guy to be the lead singer. My tastes have changed a little — the influences are blues and rock ’n’ roll. I knew that Ron Young from Little Caesar loved blues, and we got to talking and we hit it off with the same style of music. I knew that he could pull this off and get behind it.

“Loren Molinare was in the great ’70s L.A. band the Dogs, of course, and I loved the Dogs, and Mark Tremaglia is an excellent slide guitarist I’ve been working with for a couple of years now. Rob Klonel is a great, solid rock ‘n’ roll drummer. It was really important for me to get someone who hit ’em hard like Chalo. They were a perfect combination of guys, and they had a lot of enthusiasm.”

Marsico explains, “We did it old style — we just set up in a room all together, like we used to do records before they started putting everybody in isolation booths and all that crap. We got the band together and rehearsed, and we went into the studio a week later. Before we knew it, we had the album. All live, no click tracks. We all played in our own little area, with our masks on. Set up, play, cut the songs, boom. It felt great to rock with a bunch of like-minded guys. With our special guests, half of them came to the studio, and half recorded their parts at home.”

The bassist concludes by confiding “I didn’t like the way the Cruzados went out. We were really great friends. It was never a band that was at odds with one another. Yes, there were problems that tore us apart, but we were like family. Why not do it now? Life’s too short, man. You’ve only got so much time you can rock ’n’ roll.”

A 2022 European tour is in the works. Stay tuned for more from Cruzados by visiting the band’s official site. 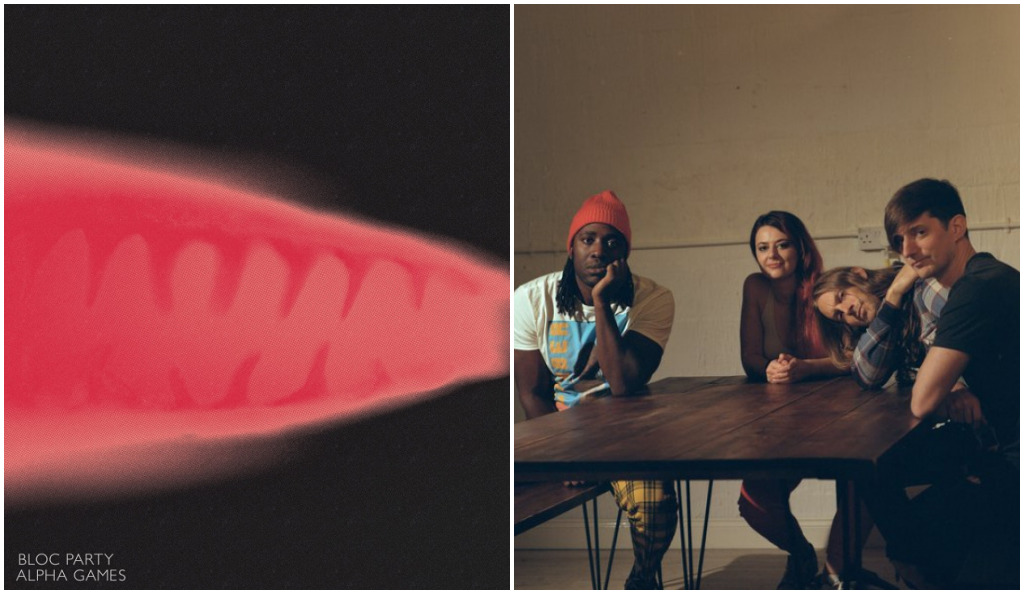