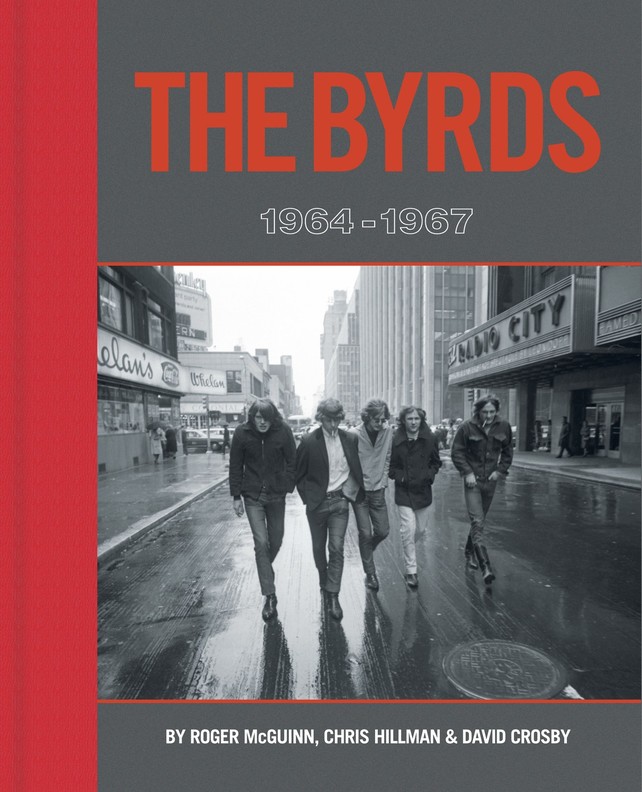 Roger McGuinn, David Crosby, Gene Clark, Michael Clarke and Chris Hillman of The Byrds are largely considered the forefathers of psychedelic and folk rock. Their legacy is rich, and the stories behind the band will be explored in great detail in a new book due out next year.

The Byrds: 1964-1967, officially announced on Wednesday, was curated by McGuinn, Hillman and Crosby and looks to be the definitive story of the band, by its three surviving founding members.

Geared toward the most avid of Byrds fans, the book will also be available in a few different versions, each with significant bonus materials. Per a news release:

The book caters to the collector’s market and is presented in a lavish 10.5 x 13-inch format. Featuring more than 500 images, many of them never previously published, the 400-page book will be custom printed in Italy on 200 gsm premium art paper and will feature the highest quality thread-sewn binding, luxurious quarter-bound casing, and a custom clamshell box for the Super Deluxe Limited Editions.

Here is a video from BMG Books highlighting the gorgeous features of the book – including signatures by David Crosby, Roger McGuinn, and Chris Hillman.

You can pre-order the book – here at BMG Books.

News of this Byrds book comes on the heels of Hillman’s solid 2020 memoir, Time Between: My Life as a Byrd, Burrito Brother, and Beyond — the focus of our new Rock Cellar feature interview. An excerpt:

Rock Cellar: The Byrds have been credited with creating many musical genres. Was that intentional?

Chris Hillman: A lot of those terms were just thrown at us by journalists, starting with “folk rock.” Because we had success with Bob Dylan’s “Mr. Tambourine Man,” Bob — he hadn’t plugged in at Newport yet — Bob was a folk singer at the time. So the Byrds have a successful song and folk rock is born. Unbeknownst to us, OK, so that’s fine.

Then all of a sudden the next song is psychedelic rock or jazz rock — raga rock was one of my favorites — and then of course we got into country rock. I don’t know if that’s lazy journalism. It’s all music. I think at some point the Americana label, which either is good for festivals or of course some radio stations, encompassed all of those things, folk rock, country rock. Everything fell under that umbrella of Americana music. And that’s what it is, it’s just music with elements of our culture.