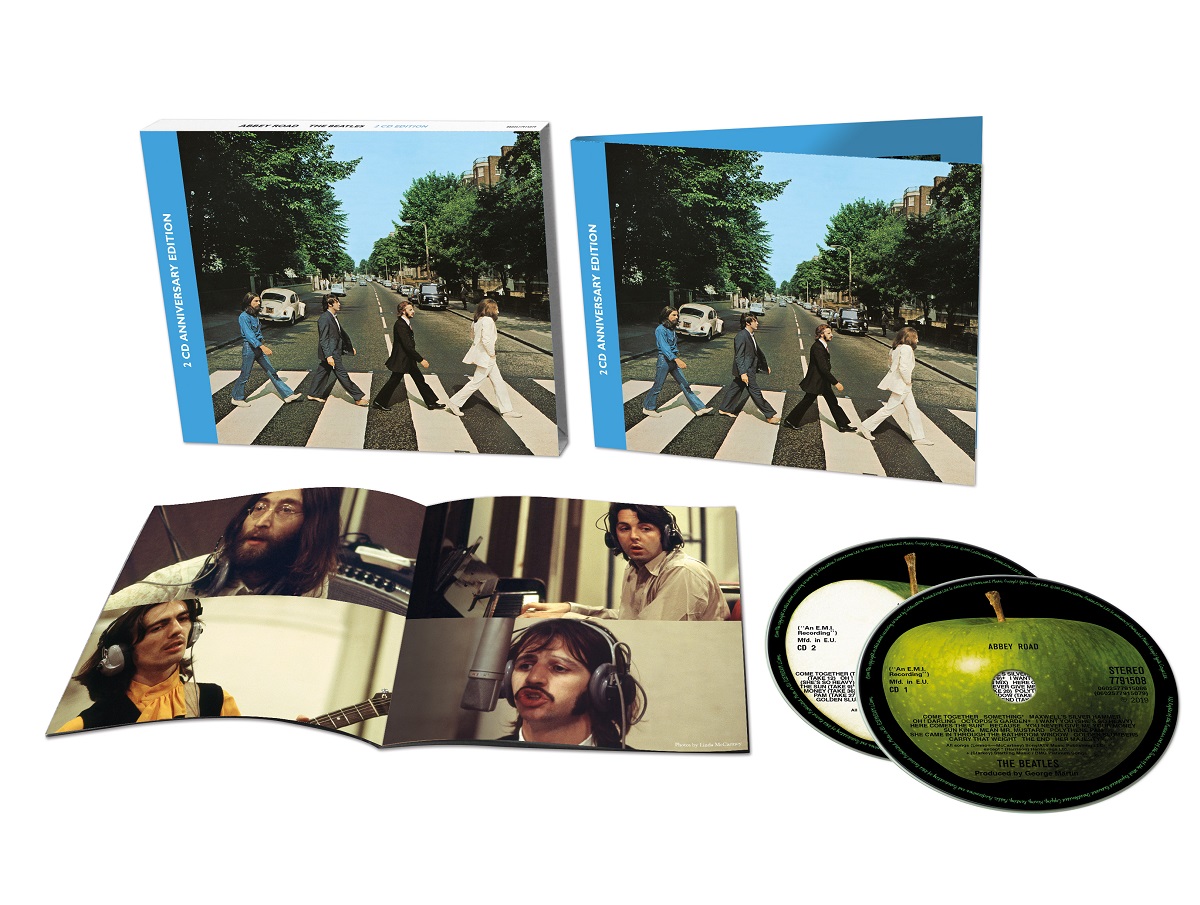 50 years ago this week — yesterday, Sept. 26 to be precise — was the date the Beatles released Abbey Road in the UK.

The legendary album would be the result of the last recording session that Paul McCartney, John Lennon, Ringo Starr and George Harrison recorded together as a group, and what they produced was some timeless music that stands up among the best the quartet ever put out.

The 50th anniversary edition of the album was released on Friday, after weeks of anticipation, and it does not disappoint. Everything was kicked off on Thursday with a captivating new video for “Here Comes the Sun,” an animated clip that takes the viewer into Studio 2 of Abbey Road Studios with the band:

Pick up the Abbey Road 50th anniversary release as a 2-CD set, vinyl, Super Deluxe edition or more varieties depending on your interest — click here to view them all.

The 50th anniversary edition of Abbey Road boasts a rich collection of alternate takes, demos and other recordings left on the cutting-room floor back in the late 1960s:

Abbey Road’s Super Deluxe box set presents 40 tracks – including “The Long One” Trial Edit & Mix for the album’s epic Side 2 medley – on three CDs (stereo) and one Blu-ray disc (Dolby Atmos, 96kHz/24 bit high resolution stereo, and 96 kHz/24 bit DTS-HD Master Audio 5.1). The four discs are housed in a slip-sleeved 12” by 12” 100-page hardbound book with McCartney’s foreword; Martin’s introduction; insightful, in-depth chapters written by Beatles historian, author, and radio producer Kevin Howlett covering the months preceding The Beatles’ Abbey Road sessions, track-by-track details and session notes, the cover art and photo shoot, and the album’s reception upon its release; plus an essay by music journalist and author David Hepworth looking at the album’s influence through 50 years. The gorgeous book is illustrated with rare and previously unpublished photographs, including many taken by Linda McCartney; never before published images of handwritten lyrics, sketches, and a George Martin score; Beatles correspondence, recording sheets, and tape boxes; and reproduced original print ads. The Super Deluxe digital audio collection presents all 40 tracks for download purchase and streaming in standard and MFiT formats, as well as in high resolution audio (96kHz/24 bit) for download.

The result is a reverent tribute to a classic album and, while yet another reissue of a Beatles title, one that is absolutely deserving of another go around, considering the weight of the material on this record and its place in not only the Beatles’ history, but music history in general.

Stream the Super Deluxe edition below, via Spotify: