Home / Hear ‘The Night They Drove Old Dixie Down’ from the Band’s ‘Brown Album’ 50th Anniversary Set Out Nov. 15

Hear ‘The Night They Drove Old Dixie Down’ from the Band’s ‘Brown Album’ 50th Anniversary Set Out Nov. 15 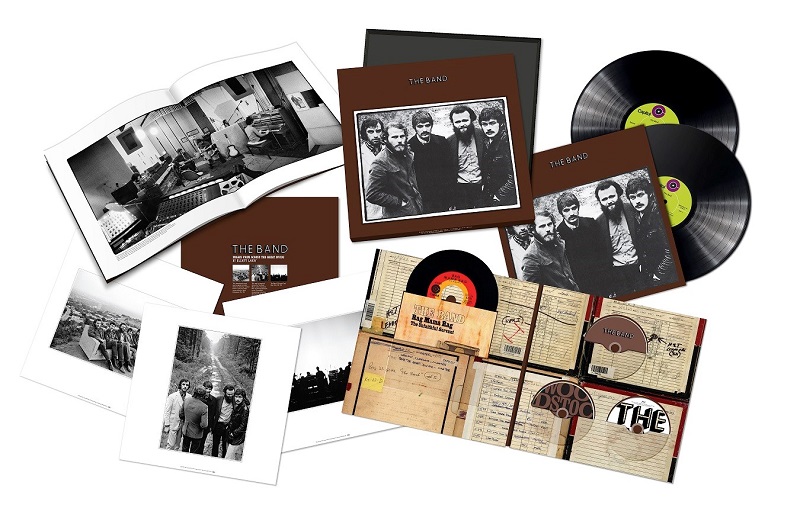 On Nov. 15, the Brown Album — otherwise known as the self-titled second album from the Band, will be reissued to commemorate its 50th anniversary.

Featuring remastered tunes and a treasure trove of unheard material, the set ought to be a must for fans — and as a preview, here’s a newly-released 2019 Mix of “The Night They Drove Old Dixie Down’:

Via the news release;

Dressed like 19th century fire-and-brimstone preachers and singing rustic, sepia-toned songs about America and the deep south, The Band – Garth Hudson (keyboards, piano, horn), Levon Helm (drums, vocals, mandolin), Richard Manuel (keyboards, vocals, drums), Rick Danko (bass, vocals, fiddle) and Robbie Robertson (guitar, piano, vocals) – was an enigma, unlike any group that came before or after. And their self-titled “Brown Album,” as it would lovingly be called, cemented their status as one of the most exciting and revolutionary bands in years, on the strength of now-classic songs like “The Night They Drove Old Dixie Down,” “Up On Cripple Creek” and “Rag Mama Rag.”

The 50th anniversary reissue project was overseen by guitarist/songwriter Robbie Robertson, and will come in a variety of formats, including:

An alternate version of the song “Rag Mama Rag” was previously released as a sample of the reissue:

Here’s the track listing for the 2-CD set version of the Brown Album reissue:

6. Ain’t No More Cane On The Brazos

9. I Shall Be Released

11. Loving You Is Sweeter Than Ever

14. The Night They Drove Old Dixie Down (Alternate Mix)

15. Up On Cripple Creek (Alternate Take)