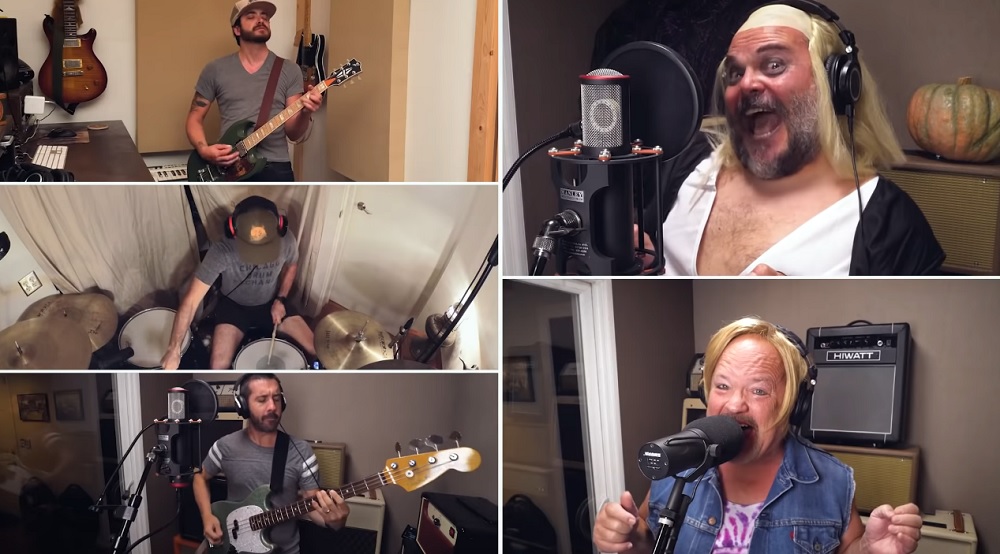 With Halloween coming up later this week and the Nov. 3 General Election lurking a few days later, it’s the perfect time for a little thoughtful Rocky Horror Picture Show-inspired musical magic — and that’s exactly what Tenacious D has unleashed in its latest bit of inspired madness from Jack Black and Kyle Gass.

This time, the dynamic musical/comedy duo came flanked with a host of special guest friends, all of whom combine forces for a lively cover of “Time Warp,” the frantic anthem from the original Rocky Horror. It’s all part of the D’s “Rock-y The Vote” campaign geared around raising awareness about the importance of this year’s election.

Per a news release, in non-COVID-19 pandemic circumstances, Tenacious D had plans for a special tour of swing states across the United States this fall:

Called “The Purple Nurple Tour – Twisting Hard to the LEFT,” in honor of the band’s own inclinations towards progressive politics and a Blue agenda, the run was sadly cancelled due to the ongoing COVID-19 epidemic in the U.S. Still — JB and KG knew that with great rock comes great responsibility, and were determined to find a way to help get the vote out this fall.

Instead of that, we get this madcap music video, all in the hopes of inspiring any last-second stragglers to the polls next week.