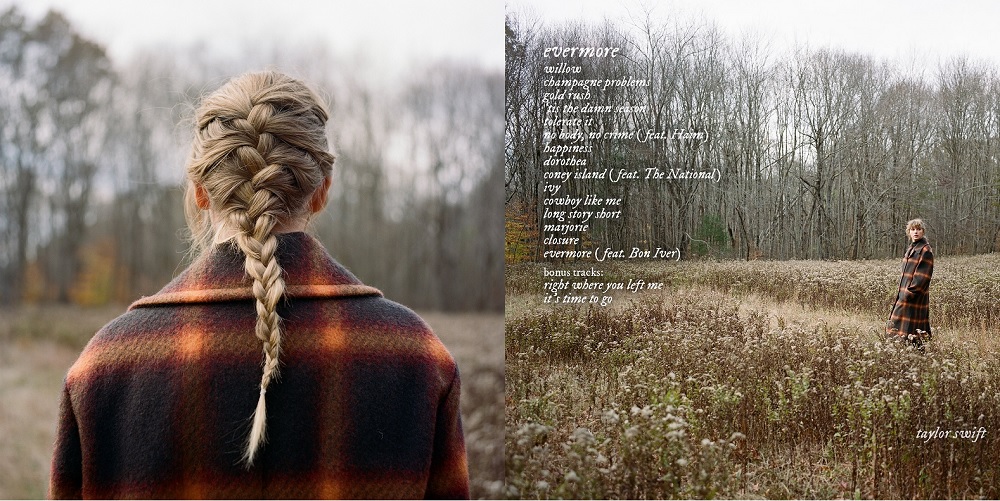 Credit where it’s due: Taylor Swift has maintained an impossibly prolific 2020, despite everything else going on and the world thrown into chaos by the COVID-19 pandemic. First, she surprise-released a new album, folklore, in July, a surprisingly indie-rock styled record featuring production and significant collaboration from Aaron Dessner of The National, Justin Vernon of Bon Iver and Jack Antonoff.

I have no idea what will come next. I have no idea about a lot of things these days and so I’ve clung to the one thing that keeps me connected to you all. That thing always has and always will be music. And may it continue, evermore. evermore is out now: https://t.co/QYMUTL0IAj pic.twitter.com/tlSmahDkBi

Earlier this week, Swift announced evermore, a companion album of sorts to folklore that came from the same studio sessions (as she and her collaborators struck gold creatively, so to speak). evermore, released on Friday in connection with Swift’s upcoming 31st birthday on Dec. 13, again features Dessner, Bon Iver and Antonoff, as well as musical guests Haim and the rest of The National.

Click here to pre-order evermore on CD from our Rock Cellar Store.

In addition to the album release, Swift premiered a video for the single “Willow,” which opens the record:

Said Taylor Swift of the process behind evermore:

“In the past I’ve always treated albums as one-off eras and moved onto planning the next one after an album was released. There was something different with folklore. In making it, I felt less like I was departing and more like I was returning.”

“I loved the escapism I found in these imaginary/not imaginary tales. I loved the ways you welcomed the dreamscapes and tragedies and epic tales of love lost and found into your lives. So I just kept writing them.”

“And I loved creating these songs with Aaron Dessner, Jack Antonoff, WB and Justin Vernon. We’ve also welcomed some new (and longtime) friends to our musical kitchen table this time around … “

It’s honestly quite impressive to see Swift and all of these musical collaborators achieve this much during a year that’s been so tough for everybody, and the album is sure to earn even more rapturous acclaim … and, just as folklore did with its career-redefining qualities for one of the world’s biggest pop stars, probably pique the interest of those who’ve remained steadfastly disinterested in Taylor Swift’s music career up to this point.

Listen to evermore below, via Spotify: