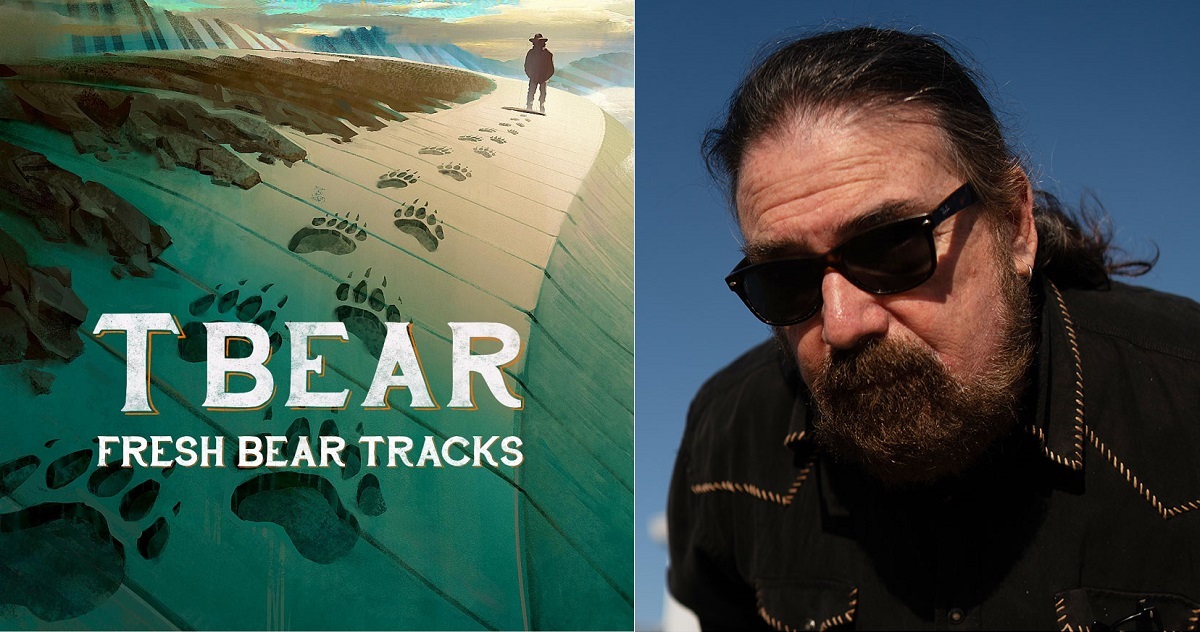 In the build-up to the album’s arrival, Rock Cellar previously premiered a music video for the song “River of Resurrection,” an early preview of the music to come and a track featuring Edgar Winter on saxophone:

Tony Braunagel played drums throughout the record, in addition to producing its material.

As you might imagine given the ensemble of assorted musicians joining together for the album sessions, it was an inspired process:

“We had so much fun,” T Bear said in a statement. “It was as if the planets had all aligned. There were no hassles or complications. All the musicians were so eager to help that they found a way to participate and make it all work.”

Click here to pick up Fresh Bear Tracks on CD from our Rock Cellar Store.

“This album is truly a work of love,” T Bear explains. “I put my heart and soul into this music. I felt like I’d been in the desert long enough and that I had finally found my way home. It was like pouring water on a seedling and watching it grow.”

Here’s some additional information about the life and career of Richard T. Bear, per a news release: