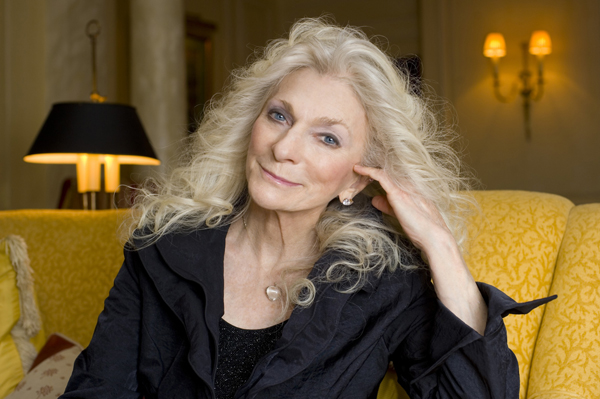 Judy Collins gets that feeling every time she hears the song Suite: Judy Blue Eyes by legendary folk trio Crosby, Stills and Nash. But then, that song really was written just for Collins.

The songstress and human rights activist writes in her new memoir, aptly titled Sweet Judy Blue Eyes: My Life In Music.  “Whenever I hear the song – in a grocery store, in an airport, on my own CD player – it resounds like a call from the mystic lakes.”
In the book, Collins recounts, among many other musical stories from the 1960s, how Stephen Stills penned the song during a “brilliant romance” when both were “young and innocent.” 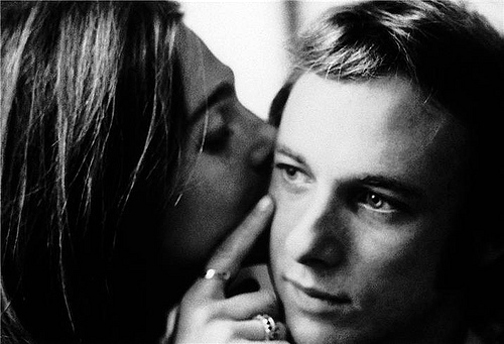 Such nostalgic tales, and other less pleasant memories – such as Collins’ battles with alcoholism and her son’s suicide – make Sweet Judy Blue Eyes a gripping and powerful read.

Rock Cellar Magazine tracked down the sweet and insightful Judy Collins, who graciously chatted with us at length about her new book, the generation-defining music of the ’60s, and her latest CD, Bohemian.

RCM: Sweet Judy Blue Eyes is such a textured and evocative read. Your recollections of playing alongside Leonard Cohen, Pete Seeger and Bob Dylan in the Greenwich Village scene transport the reader to another time and place.
JC:  I’m delighted to hear that.  I would attribute it to my journals and my memory, and the way I have of putting it all together. I like to make it a story that you might remember. I’m sure it’s because I’m always writing in my journal and I always try to be as descriptive as possible, so that you really get a feeling of what it must have looked like and felt like to be there. 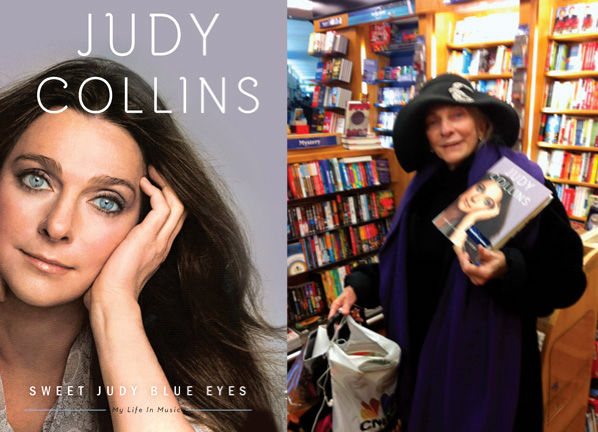 RCM: There are some great stories in the book about the famous club The Bitter End, the Greenwich Village nightclub run by Fred Weintraub.
JC:  Oh yes.  Not only did every folk singer in the business work at Fred’s club – with the brick wall, a hundred seats and that tiny stage – but comics worked there too.  You’d have Bill Cosby, Alan Arkin and Lily Tomlin, then you’d have Joni Mitchell, Harry Chapin, Frank Zappa, Linda Ronstadt and Carly Simon.  I was very involved with all those people. 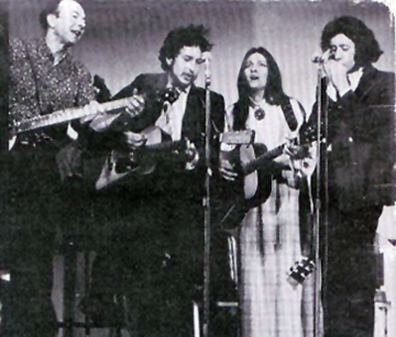 There’s a great new book out now by Fred Weintraub called Bruce Lee, Woodstock and Me. It’s about all those people who we know were there, anybody who was anybody.
They were all people who were just starting out — Peter, Paul & Mary, Bob Dylan and me.  Anyways, the book is a great read and a lot of fun. 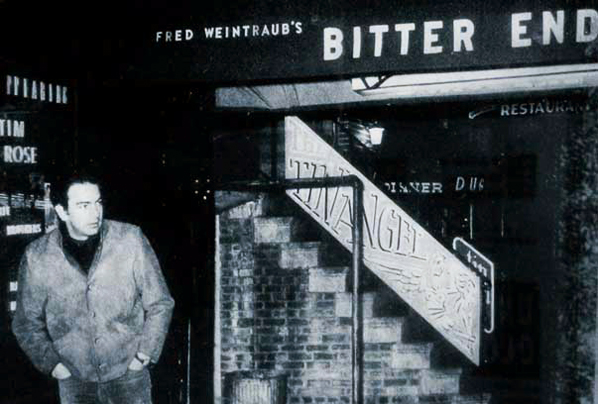 RCM: Along with your recollections of Greenwich Village and that revolutionary era in music, you also write at length about your parents, who come across as remarkable people.
JC:  They really were quite amazing. By the time my father was four-years-old, he was totally blind, but his blindness didn’t hold him back in any way.  It was his inner vision that captivated all of us, along with his flamboyancy and humour, when he was sober.  In the book, I write how strong my mother was and how she had to wrestle with daddy’s rages when he drank.  But he and my mother had a very strong marriage, filled with all kinds of drama.  My father died young, he was just a kid really.

RCM: On your new album, Bohemian, you bare your earliest childhood memories in a heart-warming tribute to your mother called In the Twilight. Was that difficult to write?
JC:  It was a very emotional song to write and record.  The anniversary of her memorial a year ago was recent, so she has been on my mind. My family, we were all writing each other and talking about how she was really the foundation after daddy’s death in 1968.

RCM: Your voice seems to grow more powerful with age — it really soars on the dreamy closing track, Big Sur.
JC:  I hear my history in that song. Writing a song like Big Sur is a great way to rekindle your memories. I must have been going through my songwriting notebook close to a year ago and I found the lyrics to that song, which I had probably written about 10 years ago, but never did anything musically with it. It just sits there, you know, the way songs do. So I just recently put some music to it and I’m really happy with the way it came out.

RCM: One of the more upbeat tunes on the album is your rendition of Campo de Encino, written by legendary songwriter Jimmy Webb, considered one of the greatest songwriters of his generation.
JC: I just love that song. When Jimmy Webb moved to New York, maybe 20 years ago, he and I became friends. Not only is he a great writer, who is very dramatic and very theatrical, but I just adore him.

He’s just written some new songs for a new album which I’m very excited about hearing. David Geffen introduced me to his music, and I just fell in love with the song The Moon is a Harsh Mistress, and recorded it. I didn’t really know Jimmy though until 1974.

RCM: In the book you mention that you had to reschedule an appearance on The Muppet Show in 1977 due to illness resulting from alcoholism.
JC: I remember how Jim (Henson) understood and was very kind, postponing my appearance until later that year. He told me to get well. I think in my book, I write that I still find it hard to believe that drinking made me cancel on Kermit, Snuffleupagus and Oscar!

RCM: And in your book you reveal that Oscar the Grouch was named after folksinger Oscar Brand?
JC: Yes, it’s true! Oscar was among the original board members for the Children’s Television Workshop. It was Jim Henson who named one of The Muppets after Oscar, because he groused so often about the fact that Sesame Street initially fell short of its goal of reaching inner-city kids… even though Sesame Street would go on to become an American institution.

One time Jim came back from a trip and brought me one of those little Russian enamel boxes. I still have it by the side of my bed in New York. Jim was so much fun, he was a great guy, and a really great friend who was very good to me.

RCM: In the chapter, The Drinking Decades, you candidly write about the experience of seeing yourself on ’60s and ’70s TV shows. You wrote: “The darkness in my life was something most people knew nothing about… When I look into the eyes of my old self on some of the YouTube videos, I see the beast behind my pale, quiet face.”
JC: I do look at that person and say to myself, “Oh my God, how did that ever happen, and how did I ever get through that?” 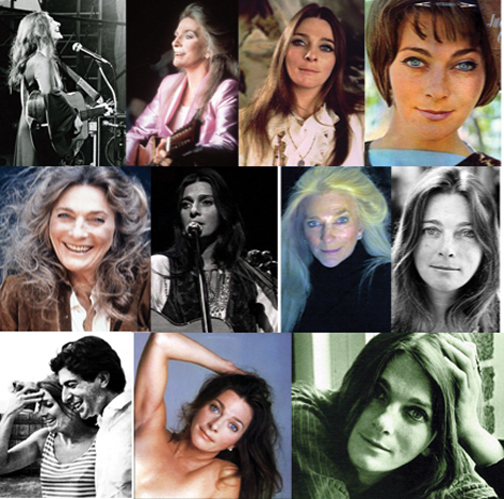 RCM: One of your finest performances currently available on YouTube has to be the time you appeared on the show Rainbow Quest in the mid-’60s, hosted by Pete Seeger, on which you performed a beautiful version of the song Bob Dylan’s Dream. Do you remember that?
JC: I do — I love that piece. You know, when I did that, I think I said it was based on a song called Franklin Disaster. But I later learned it was called Lady Franklin’s Lament.

Lord Franklin was the captain of a British arctic expedition where two major ships were lost looking for the Northwest Passage in 1846. She never gave up on them and kept sending search parties out to try to find them, but they were never found, until just recently, in fact.

But Lady Franklin’s Lament — which I think might have been recorded by Martin Carthy, an English folksinger who I knew in the ’60s — was the melody to Bob Dylan’s Dream. Anyways, I really love that song and remember performing it on that show Pete hosted.

RCM: Do you keep in touch with Pete Seeger?
JC: I see him all the time, and called him just the other night. He wrote me a fan letter about my book, which is funny. He said he loved it, and that he’s got another copy of this song he wants me to sing. He’s always sending me this song that he wants me to record!

RCM: Seeger is still going strong – turning 93 this May!
JC: He’s such a big part of my memories from that time in Greenwich Village. There were so many wonderful songwriters from that era, and so much truly amazing talent. Our songs were part of a growing musical and social consciousness of the times, and we were finding a new world. Though it was also a turbulent and difficult time, in many ways.

RCM: Throughout the book you write about your son Clark’s suicide in 1992.  It must be difficult to explore such a tragic subject.
JC: Well, I don’t know what else to do about it except talk about it – people need to be educated about suicide. The reason suicide is so taboo is because of all the erroneous things people’s cultural brains have been telling them about it over the years. What the church and culture has laid on the survivors for centuries – everything that history has told us about suicide, rather than what we know today. We know it has to do with personal dispositions, depression and probably chemistry. It’s a complicated thing, and that’s why it’s so important to get it out in the open and talk about it. I think being an advocate for human rights is what led me to speak out about suicide. And by telling my story, I can keep Clark’s legacy alive.

RCM: Between your book and your new album, Bohemian, you seem to write directly from the heart, and with full honesty. What compels you to open yourself up like this?
JC: I think one of the reasons we have music in our lives is because we’re supposed to look back and think about our lives and enjoy the good moments. We also sometimes regret the terrible moments, but to assemble any kind of endurance in this life, we have to remember a lot of it I think.

I’ve been so fortunate, being able to be so close to music, being able to rekindle so many memories. After all these years, I still believe that music can change the world. 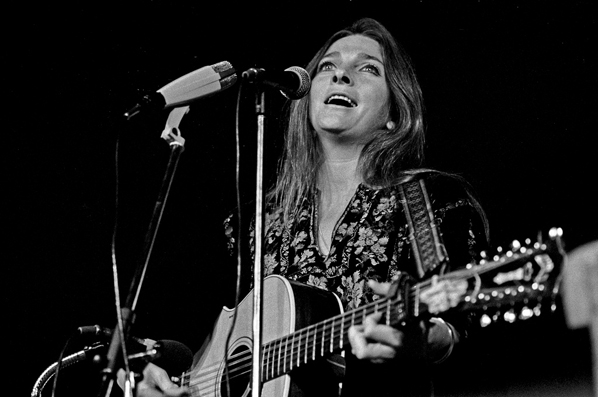