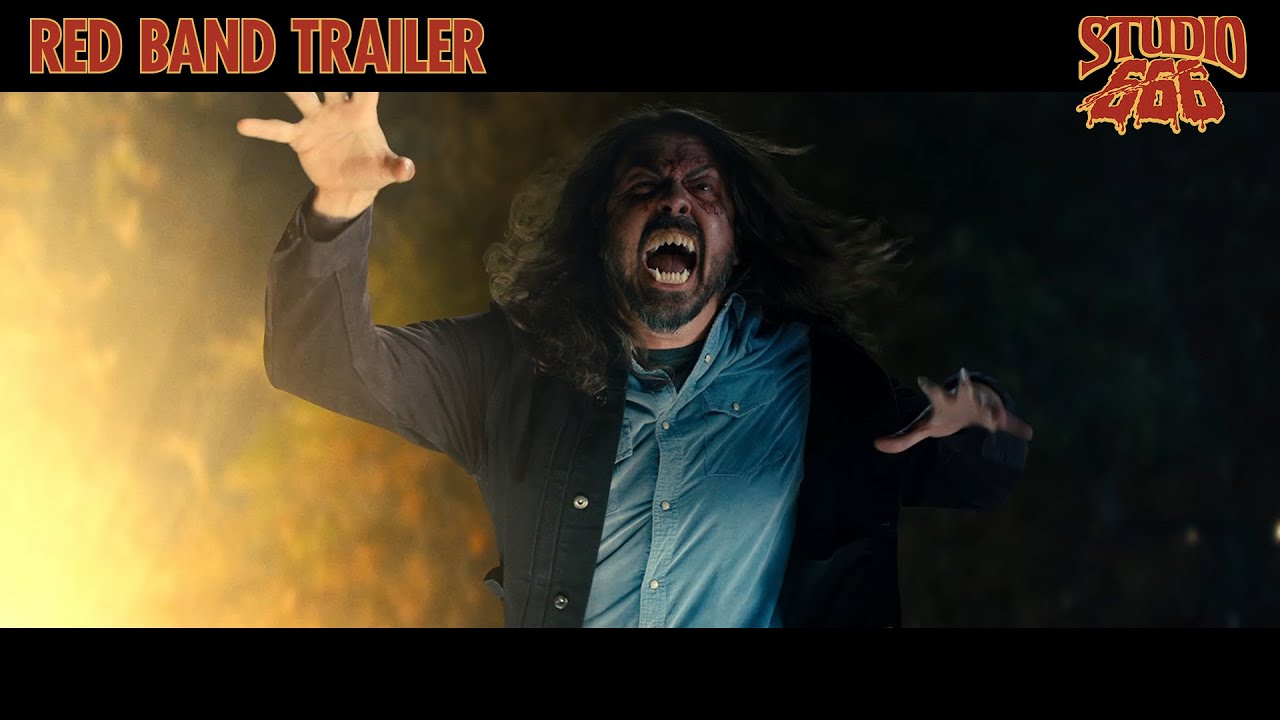 Next Friday, Feb. 25, a horror/comedy film unlike any you’ve seen before will arrive in theaters. Studio 666 stars the Foo Fighters — yes, Dave Grohl and his colleagues — playing themselves in a gory scarefest that’s both amusing and frightening, all the while paying homage to horror classics of the past.

The film has now received a red-band (read: violent and gory) trailer for adult audiences, and lest you think this is a silly romp of a film starring the charismatic Foo Fighters … well, it is, but it’s also very violent in a horror movie kind of way.

No sleep for rockstars. 🤘 😈 In ONE WEEK, @foofighters go to hell in #Studio666Movie. Only in theatres starting February 25. Get tickets NOW: https://t.co/1ND0GGTqKa

Slight spoilers are evident in this trailer, so proceed at your own peril:

Grohl, by the way, spoke with Rock Cellar in an exclusive one-on-one interview about Studio 666 during his recent media blitz for the film. Here’s a quote from Grohl about how the film came about:

“Yeah. Originally, none of us imagined we were going to make a full-length feature film. We thought, in true Foo Fighters fashion, it would just be some low-budget run-and-gun thing, maybe a longform video that would make people laugh, you know. But we made the mistake of hiring the most talented people in town to make the film. B.J. is a legitimate badass, he’s worked on some really, really amazing films.

“And Tony Gardner did the special effects. I mean, that guy, he’s he’s full fucking Hollywood legend. And then the entire crew.

“The crazy thing is, you know, most of these people are used to working on actual films, legitimate, fuckin’ blockbuster movies, but they were called and said, “Hey, do you want to do a horror film with the Foo Fighters?” And they all knew, “Okay, this is gonna be fun.” So all of us were there, really, just to have fun. And it turned out great.

“I think we were surrounded by a like-minded group of people that were there just to fucking have a good time.”

Enjoy the full interview below, and catch Studio 666 in theaters next week.