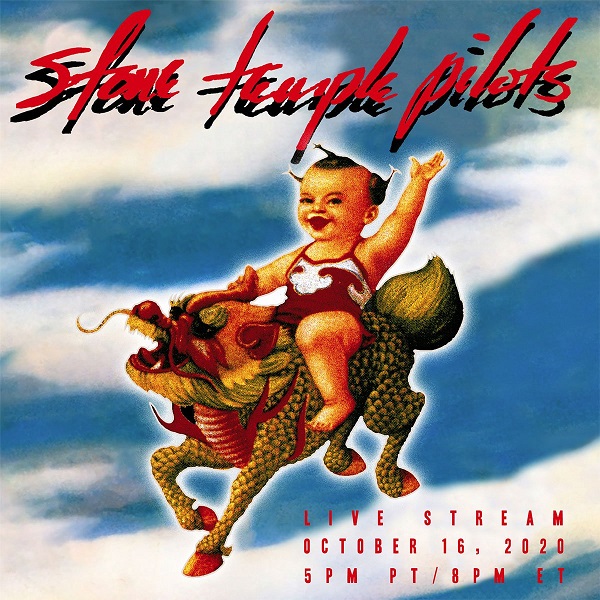 Just as the band did in late July with its 1992 album Core, alt/grunge band Stone Temple Pilots will play all of 1994’s Purple in a live stream concert scheduled for Oct. 16.

(Click here to pick up STP’s 2019 anniversary remaster of Purple from our Rock Cellar Store).

Join us on October 16th at 5pm PT / 8pm ET for a live performance of Purple in its entirety! ⁣

Purple was the group’s second studio album and launched the band to superstardom around the mid-’90s, led by now-classic hits such as “Vasoline” and “Interstate Love Song.”

The live stream event is scheduled for 8 p.m. ET/5 p.m. PT on Oct. 16 and tickets to access the show cost $10 — click here for additional details.

Along the way to STP becoming an unforgettable part of the ’90s alt/grunge scene, the band always seemed to attract its share of critics.

In our 2018 interview with bassist Robert DeLeo, he summed up the criticisms his band faced as it grew in popularity in an era dominated by the likes of Pearl Jam, Nirvana and others:

“I think when a whole movement of music comes, you’re just overloaded with so much of it that you go, “You know what, that’s it, just turn that shit off!” And it’s a human thing.

“You’ve got a record company trying to push a band, and you’ve got many record companies trying to push many bands. For someone who’s a critic, well, a critic is someone who criticizes. I don’t think we ever made records for critics, that wasn’t the intention. I don’t think critics are pleased with a lot of things, but it was just growing up on what we grew up on. Led Zeppelin, Aerosmith, all that stuff in the ’60s and ’70s. It was a great time to grow up on music. And it just happened that the other bands around at the time grew up with the same music, too!”