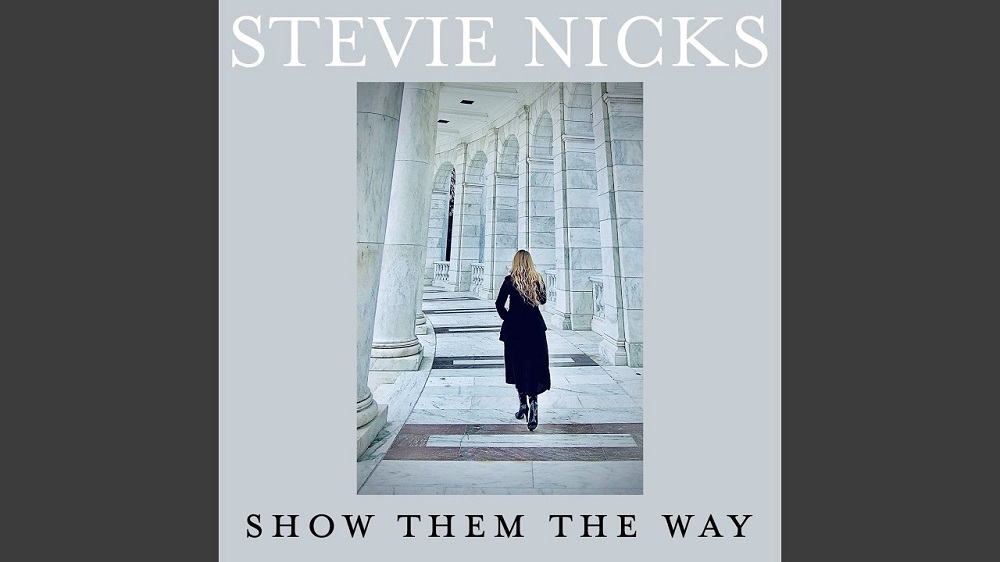 In fashion befitting a song from an icon as significant as Nicks, she teamed up with a pair of high-profile Daves — Dave Grohl of the Foo Fighters and Dave Stewart of Eurythmics — on the track, which was produced by Greg Kurstin (who also plays bass, percussion, keyboard and electric and acoustic guitar).

Musically, the song has an engaging quality to it, with Nicks referencing both Martin Luther King, Jr. and JFK, as well as a dream she had. The song’s music video was directed by Cameron Crowe:

Said Crowe in a statement:

“‘Show Them The Way’ is among Stevie Nicks’ best, most personal songs. There’s an immediacy about it too. Within hours of hearing the song we were already putting together the video about her ‘dream about a dream.’ ‘Show Them The Way’ began as a poem, and grew into one of her strongest musical tracks. It feels like both a gift and a fever dream about hope and promise. We finished the video on the full-moon with a whole lot of passion and excitement about immediately sharing it with the world right now.”

The full credits for the song:

In a chat with the Los Angeles Times a few weeks back, Stevie Nicks explained a bit about the dream that led to “Show Them the Way.” The song “Was born out of a dream Nicks had in the run-up to the 2008 presidential election. In it, she was invited to perform at a political benefit for icons of history. Martin Luther King Jr. led her by the arm into a ballroom where John F. Kennedy, Bobby Kennedy and John Lewis were seated, awaiting her. The dream was so vivid that the instant she awoke, she wrote it down and within days, put it to music.”

This song comes at a busy time for Nicks, who is also preparing to release a new concert film/live album, 24 Karat Gold Live, capturing parts of her 2017-2018 tour.

And, of course, the continued viral success of Nathan Apodaca, the man behind the viral video soundtracked by Fleetwood Mac’s “Dreams”:

… which was recreated by Mick Fleetwood, who was impressed with the effort in the first place: