Watch Spoon Play “The Hardest Cut” on ‘Kimmel’; New Album ‘Lucifer on the Sofa’ Out Now 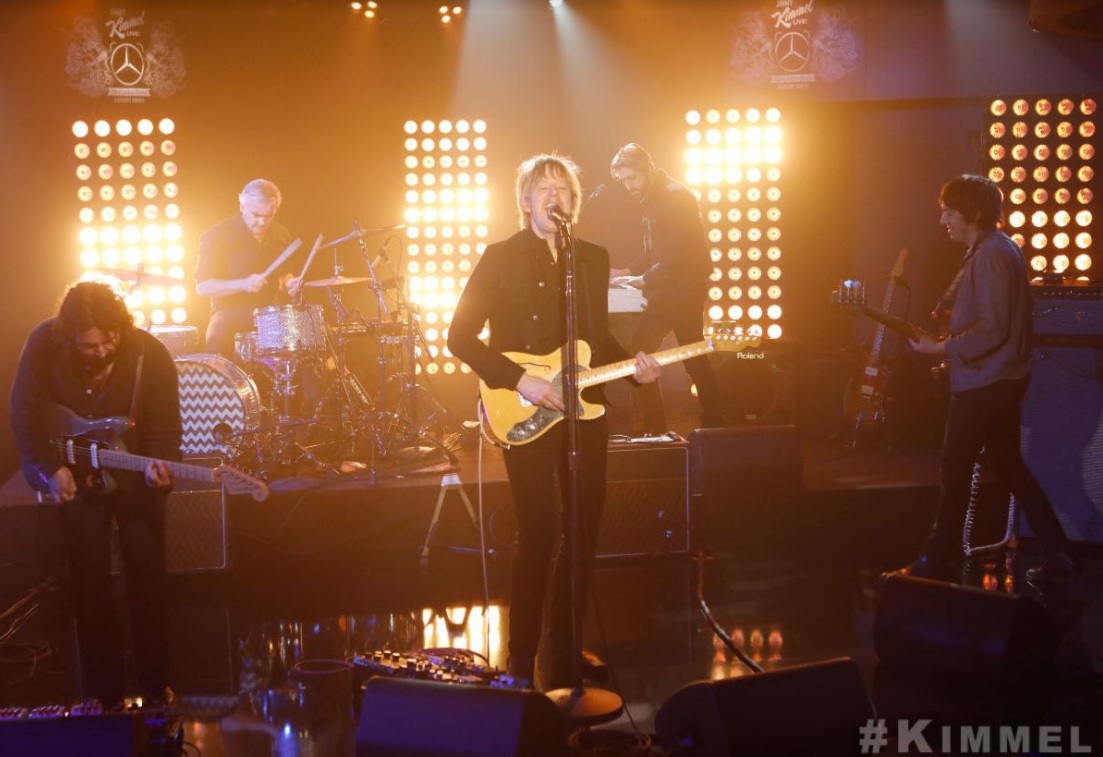 On Feb. 11, celebrated indie/rockers Spoon released Lucifer on the Sofa, a new album that showcases just why Britt Daniel and his band are so highly regarded in the scene. The record comes before Spoon hits the road in early April for a big tour, and the band previewed the tour with a stop at Jimmy Kimmel Live! earlier this week.

Here they are performing “The Hardest Cut,” the lead single from Lucifer on the Sofa:

More on the album and its conception, per a news release:

Lucifer On the Sofa was co-produced by Spoon and Mark Rankin (Adele, Queens of the Stone Age) and features contributions from Dave Fridmann and Justin Raisen. It’s the band’s purest rock ’n roll record to date. Texas-made, it is the first set of songs that the quintet has put to tape in its hometown of Austin in more than a decade and bottles the physical thrill of a band tearing up a packed room. It’s an album of intensity and intimacy, where the music’s harshest edges feel as vivid as the directions quietly murmured into the mic on the first take. According to frontman Britt Daniel, “It’s the sound of classic rock as written by a guy who never did get Eric Clapton.”

The band also played “Wild,” “Stakes” and “Inside Out” as off-air performances for the Kimmel audience: