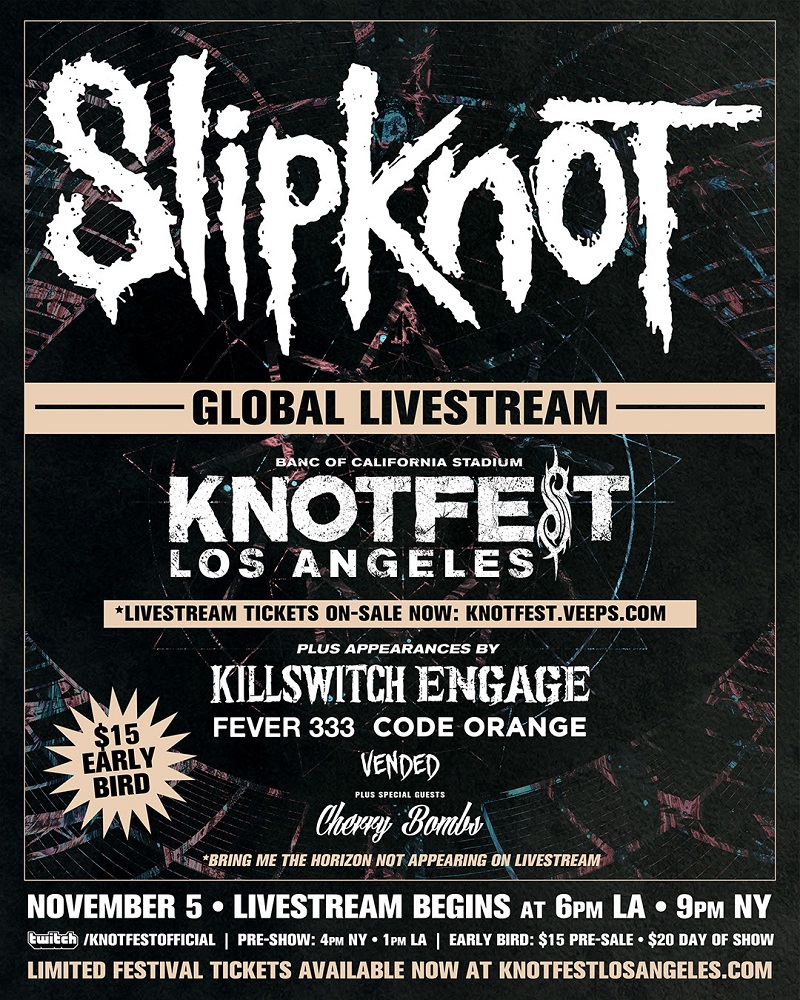 For those unable to make it to Banc of California Stadium for the actual event, Knotfest Los Angeles will be live streamed via Veeps. Slipknot made that announcement on Friday, along with a link to purchase tickets for the stream at a reduced, ‘Early Bird’ price of $15.

Knotfest Los Angeles serves as the final stop on the Knotfest Roadshow, a rescheduled version of the originally planned 2020 outing that was pushed back by the pandemic. During the downtime, Slipknot front man Corey Taylor added to his versatile career with his first official solo album (and his own live stream concert event from Los Angeles).

Slipknot’s most recent studio album was We Are Not Your Kind, a dark and intense journey released in August 2019.

Code Orange, meanwhile, elevated its profile throughout the pandemic with a series of visionary live stream events that helped the young group emerge more than it already had in the hard rock scene.