New from Slash ft. Myles Kennedy & the Conspirators: Stream the Rowdy “Call Off the Dogs,” from ‘4’ LP Out 2/11 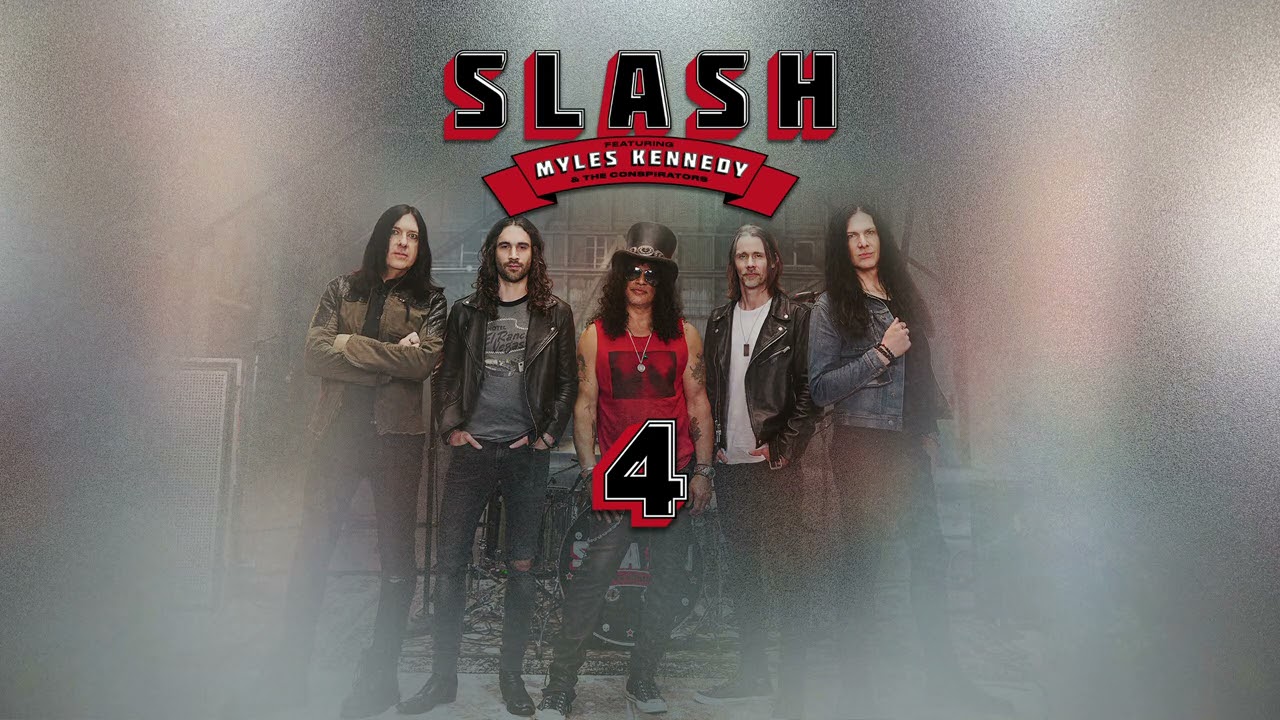 On Feb. 11, Slash ft. Myles Kennedy and the Conspirators will release their new album, 4, the first release on Gibson Records after the guitar company announced its new endeavor back in July.

“Call Off the Dogs” is a song that was made available Friday as a preview of the record. Featuring a snarling lead riff from Slash and Kennedy’s dramatic vocals, it’s a high-energy anthem for the masses. Stream it below:

Said Slash of the tune: “This one was written pretty much on the fly, and in the spirit of the energy of the whole album 4. You can’t overthink something like this song because it kills the spirit. When we got into pre-production, ‘Call Off The Dogs’ came together fairly quickly – just jam it and that’s basically it. And it was probably the last thing that we recorded in the studio.”

And Kennedy: “’Call Off The Dogs’ has that up-tempo vibe that helps elevate a record in a lot of ways, especially for rock fans. They want those songs. We needed a chorus section for it, so I messed with it a bit and sent it to Slash, and he took it to the next level and made it his own. Lyrically, it’s about that point where you wave the white flag and give in to someone after being pursued relentlessly.”

The new album, 4, so named as the fourth collaborative album between Slash, vocalist Kennedy and the Conspirators, is the follow-up to 2018’s Living the Dream.

“The River is Rising” is another pre-release track: