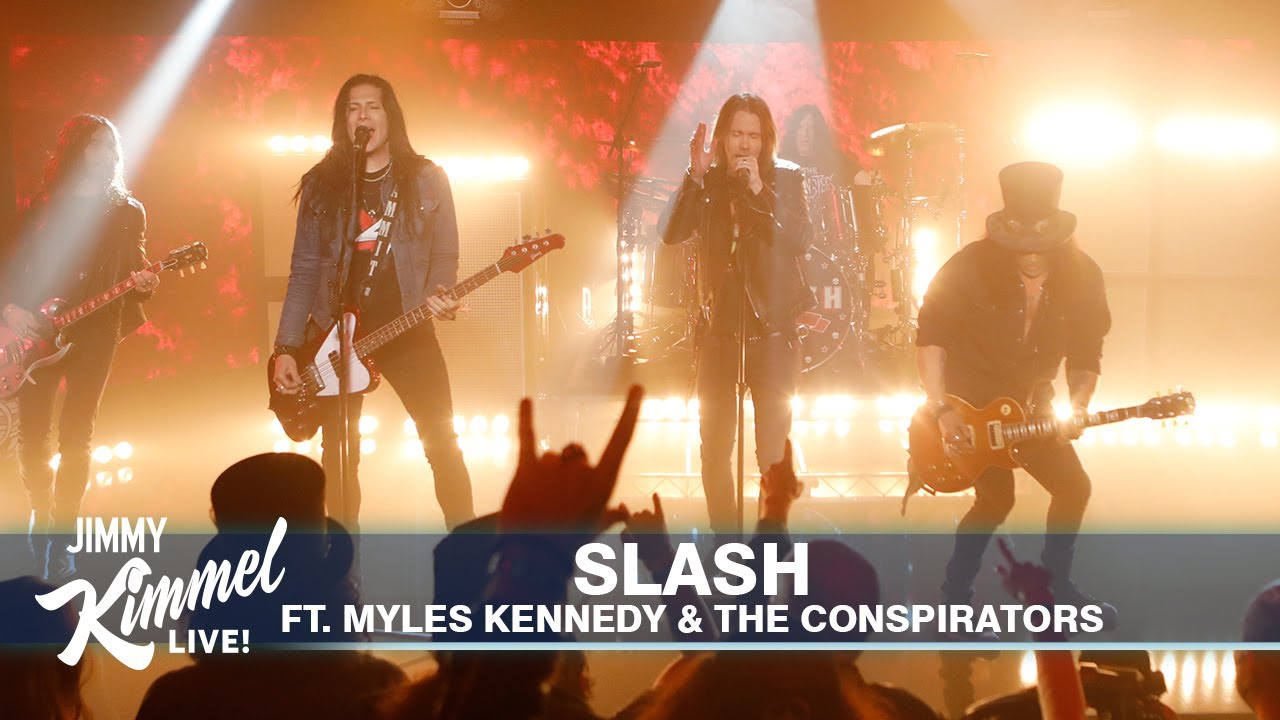 Next Friday, Feb. 11, Slash featuring Myles Kennedy & the Conspirators will release a new full-length album, 4 — their fourth as a collective.

The ensemble has been previewing the record in recent weeks, and their latest sampling of the record brought the rockers to the Jimmy Kimmel Live! stage on Wednesday night, where they performed the single “The River is Rising.”

The new album is the follow-up to 2018’s Living the Dream, and will be the first title released on Gibson Records after the guitar company announced its new endeavor back in July.

“The River is Rising” also had a music video a few weeks back:

“Call Off the Dogs” is another pre-release track shared to the masses: