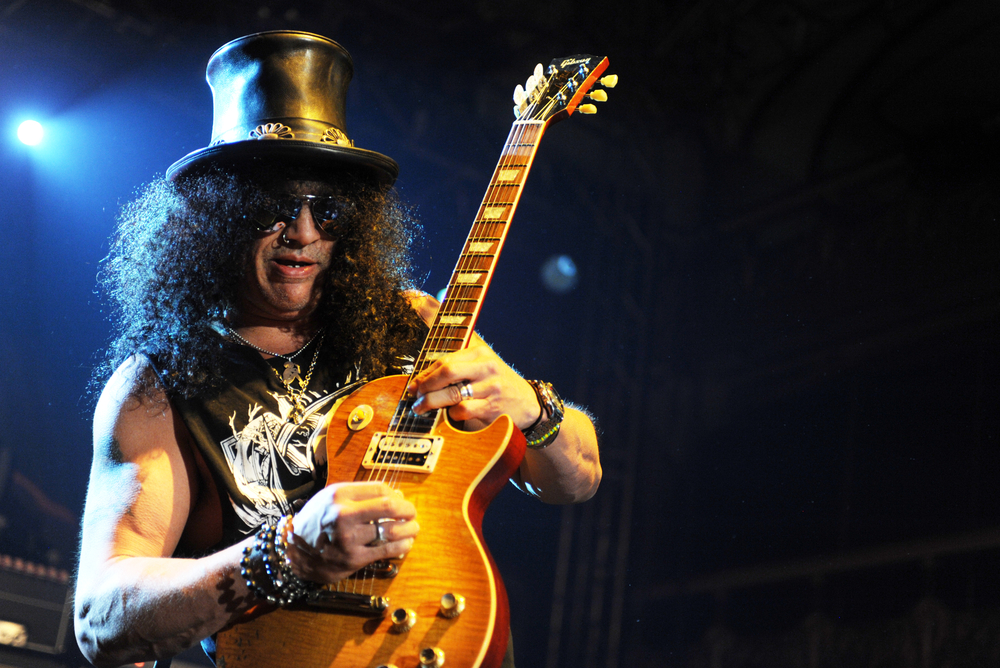 Slash. He’s so iconic, such a crucial figure in rock and roll history, that he gets the one-name treatment (when he’s not referred to by his birth name, Saul Hudson, that is).

He wears a top hat, shreds the six-string like nobody’s business, whether with Guns N’ Roses or his solo projects, and has a style all his own. And today, July 23, he celebrates his 55th birthday.

We’re not saying he’s definitely wailing away on the Godfather theme, but who knows — maybe he is? He’s been known to do that every now and then …

He’s also responsible for the best guitar solo ever recorded outside in a windstorm without being plugged in to any sort of amplifier:

In June 2019, Slash spoke with Rock Cellar’s Jeff Slate for one of our feature interviews, which lent itself to a rather eye-popping “cover image,” as we like to do around here: 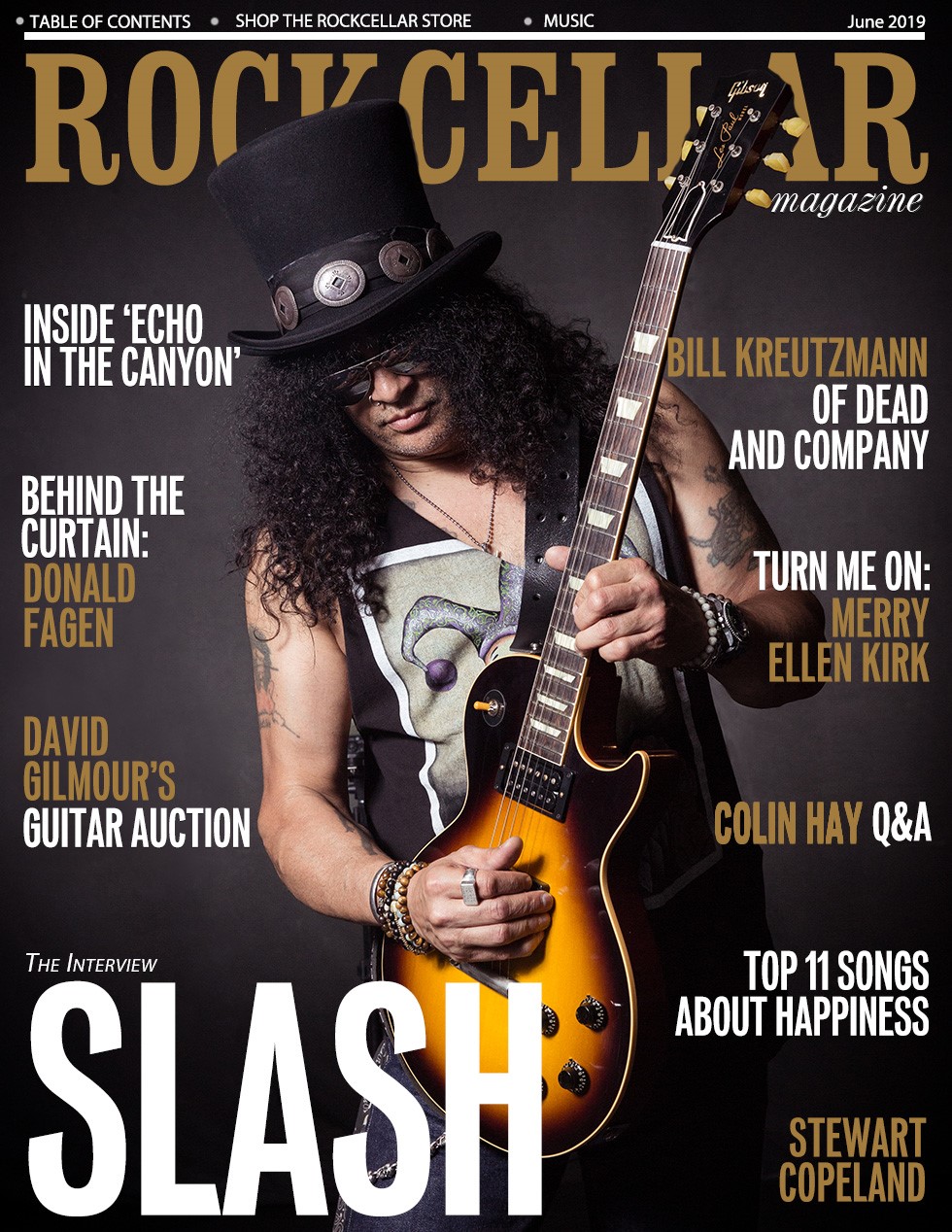 In the interview, Slash expands upon his lifelong adoration of the guitar as an instrument — THE instrument, as far as he’s concerned.

A Les Paul enthusiast, Slash recalled his early hunt for the ‘perfect’ one:

“But by the time I was really interested, I worked in a guitar store. That was really helpful in being able to put my future paychecks away towards something. “Don’t pay me, and I’ll just take this.” So I could get it right away and pay it off over six months. But it was definitely difficult.

“It’s funny, you forget how difficult — how hard — it is to be a kid trying to get decent equipment and guitars. And when Guns and Roses started, I didn’t even have a Les Paul, at that time. Then finally I got a hold of, again, a Les Paul copy. But this one was a really buy ativan online legally nice one.

“There’s two guys that made really memorable Gibson copies, Gibson ’59 reissue before Gibson put out reissues. One guy, his name is Kris Derrig, and the other guy was Peter Max Baranet. Peter made this particular Les Paul, and apparently Steve Hunter from Alice Cooper’s band had it before I did. So that became my guitar. That was my thing. And in Guns N’ Roses, not really knowing it at the time, but looking back on it, it became predominantly my image, in a public way, with Guns N’ Roses and the Les Paul.”

It’s a relationship that thrives to this day:

“And then, because of a lot of different things that you hock equipment for (laughter), I was without a Les Paul, which was regrettable. I was using guitars from whoever. I had a Jackson, and whatever else. And when Guns N’ Roses went to the studio to record, those guitars in the studio did not sound like what it was that I wanted to sound like. And that was my first real recording experience.

“My then-manager, Alan Niven, gave me yet again another Les Paul handmade guitar, this one made by Kris Derrig, which was what I recorded all of Appetite for Destruction with. And that was really what cemented my sound, and my relationship with the Les Paul. Then I finally did get a real Les Paul made by Gibson in 1988. They sold me two at an artist’s price. And I traveled with those two guitars in the early days of Guns N’ Roses as my main guitars. Still, to this day, both of them go out on the road with me. One’s my main one, and one’s my backup.” 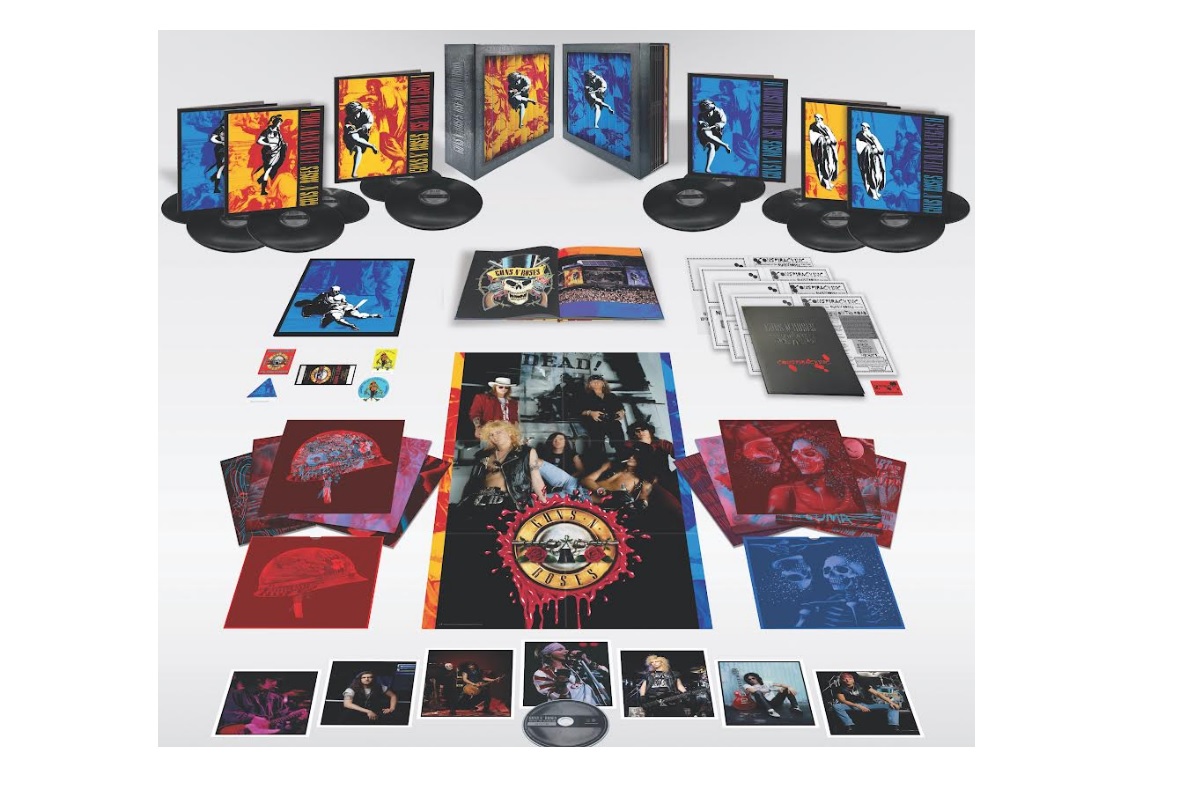