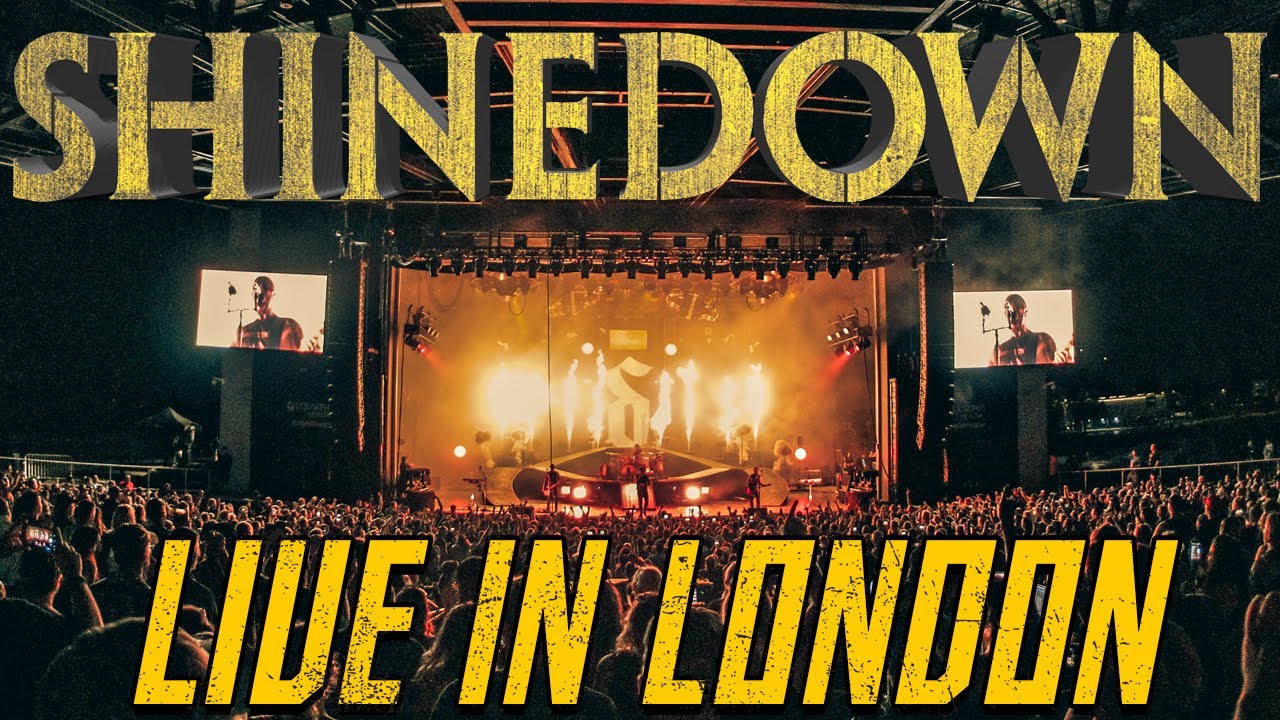 Shinedown remains one of the most popular rock bands around, and the band’s heavy touring in 2019 proved it. Supporting 2018’s adventurous Attention Attention album, as well as the band’s back catalog of successful albums with heavy radio play, the band’s live show was at its most explosive before the COVID-19 pandemic hit.

(Click here to shop Shinedown in our Rock Cellar Store).

In the spirit of keeping the music alive in a frustrating era, all of us (and Dave Grohl!) pining for the return of live music to what it was pre-pandemic, Shinedown has shared a hour-long concert film from a London gig in 2019.

The video premiered on Friday:

In addition to the premiere of the concert stream, Shinedown members took part in a live Q&A session regarding the broadcast:

Back in late May, Shinedown shared the song “Atlas Falls,” a previously unreleased song. Pairing it with a special t-shirt, the band raised more than $30,000 for Direct Relief, one of the largest providers of humanitarian medical resources in the world that is working to provide personal protective equipment to frontline health workers and essential medications and supplies for patients.