Mike Kerr and Ben Thatcher of Royal Blood make a hell of a lot of noise for a two-piece band — and last week, the U.K.-based musicians released their third studio album, Typhoons.

A largely self-produced record, Typhoons is, in a word, undeniable. The 11-track affair is bursting with energy, a strong rhythmic pull, driving bass lines and memorable hooks, all wrapped up in some of the most unique sounds the “rock” realm has had in a while.

Three albums into their career, Royal Blood have hit on the strongest distillation of their robust talents, as shown in pre-release singles like “Trouble’s Coming,” which kicks off the record:

As well as the title track:

A bit of backstory regarding how the record came about:

When Mike Kerr and Ben Thatcher sat down to talk about making a new album, they knew what they wanted to achieve. It involved a conscious return to their roots, back when they had made music that was influenced by Daft Punk, Justice, and Philippe Zdar of Cassius. It also called for a similar back-to-basics approach to what had made their self-titled debut album so thrilling, visceral and original. “We sort of stumbled on this sound, and it was immediately fun to play,” recalls Kerr.

The track “Boilermaker” was produced by Josh Homme of Queens of the Stone Age, the result of a kinship formed when Royal Blood opened for QOTSA on a North American tour a few years back.

With this record, Royal Blood reassert themselves as a major player in the rock and roll world, and it will be fascinating to see where they go next (and the new songs sound primed to be epic in the live concert setting, as well).

In connection with the album launch, Rock Cellar is excited to offer a special Typhoons prize pack to one (1) lucky winner of our new giveaway. The lucky winner will receive a copy of Typhoons on vinyl, an autographed album cover print and a Royal Blood beanie: 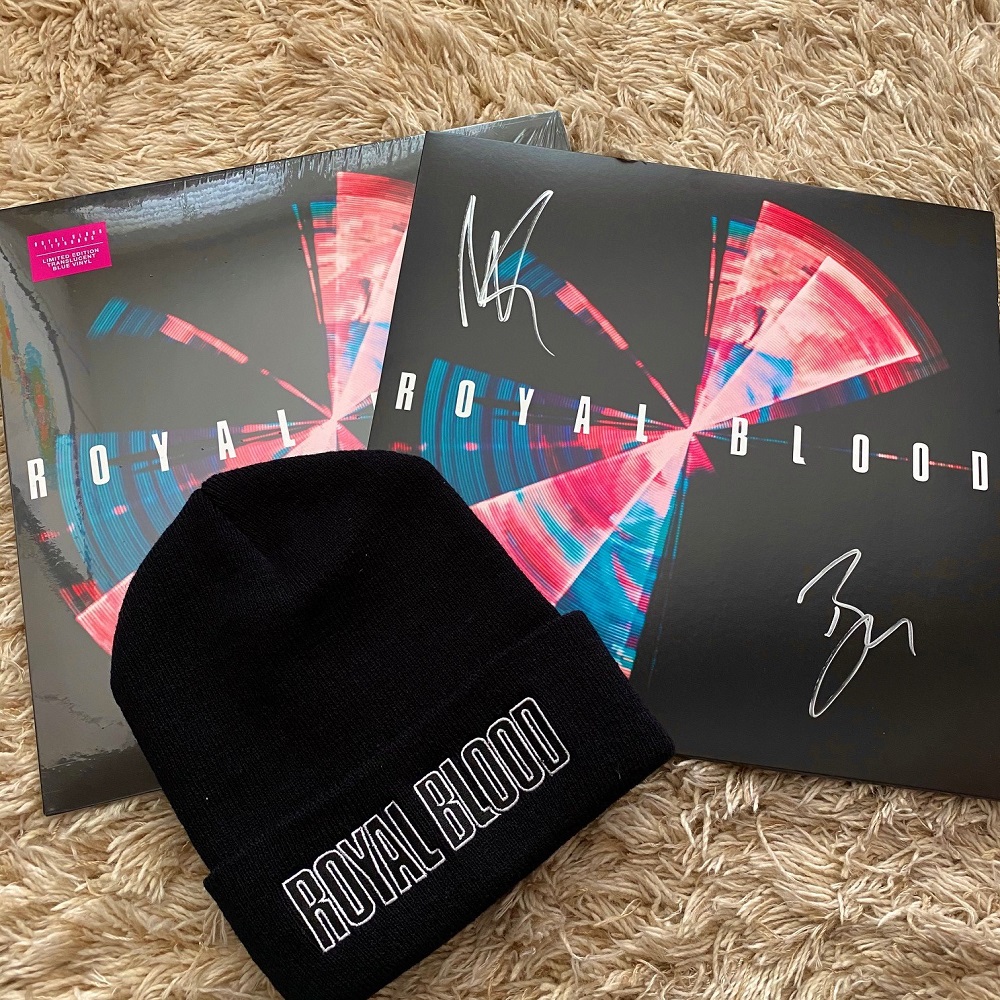 **Note: Entering this giveaway signs you up to receive our Get Up to S.P.E.E.D. email newsletter. You may unsubscribe at any time.**

Listen to Typhoons below.