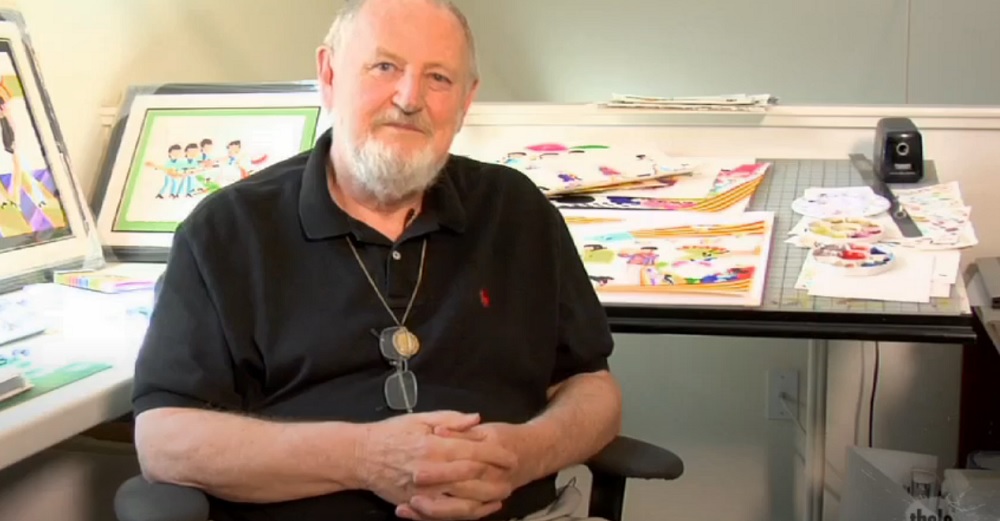 Ron Campbell, an illustrator whose career included significant contributions to various Beatles-related projects, has died at the age of 81, per reports early Wednesday.

In addition to being an animator for the film version of Yellow Submarine — undeniably one of the most vivid and memorable (and quirkiest) projects that John, Paul, George, and Ringo got up to over the course of their time together — Campbell was the director of the Saturday morning Beatles cartoon series.

Best Classic Bands noted that Campbell died at home in Phoenix, Ariz., per an announcement from his longtime business partner Scott Segelbaum.

Over the years, Ron Campbell gave many interviews regarding his art, selling his original pop art paintings at BeatlesCartoonArtShow.com. Here’s an interview with Campbell regarding his pop art:

Said Segelbaum of the cartoon art, a project that came about after Campbell’s retirement (per BestClassicBands):

“After his retirement in 2008, Ron wanted a second act in life so he started creating paintings based on the cartoons that he was involved in (much like animator Chuck Jones, who did this in his retirement a generation before Ron). As he started touring the United States, visiting art galleries and meeting the audience that grew up with his cartoons, he realized something that never occurred to him at the time… the incredible impact that cartoons had on the audience. Saturday morning cartoons were some of their happiest childhood memories. This created a special bond between Ron and the people who came out to meet him, see his artwork and even purchase a family heirloom.”

The Beatles cartoon series premiered on ABC in 1965 and came during the apex of the Beatles’ global superstardom, making the series a smash-hit success as well. It ran until 1969, with Campbell serving as director of the show.

Campbell also contributed heavily to the Yellow Submarine film on its animation team.

He was involved with much of the animation for the character Jeremy Hillary Boob PhD, otherwise known as the “Nowhere Man.”

May Ron Campbell rest in peace.