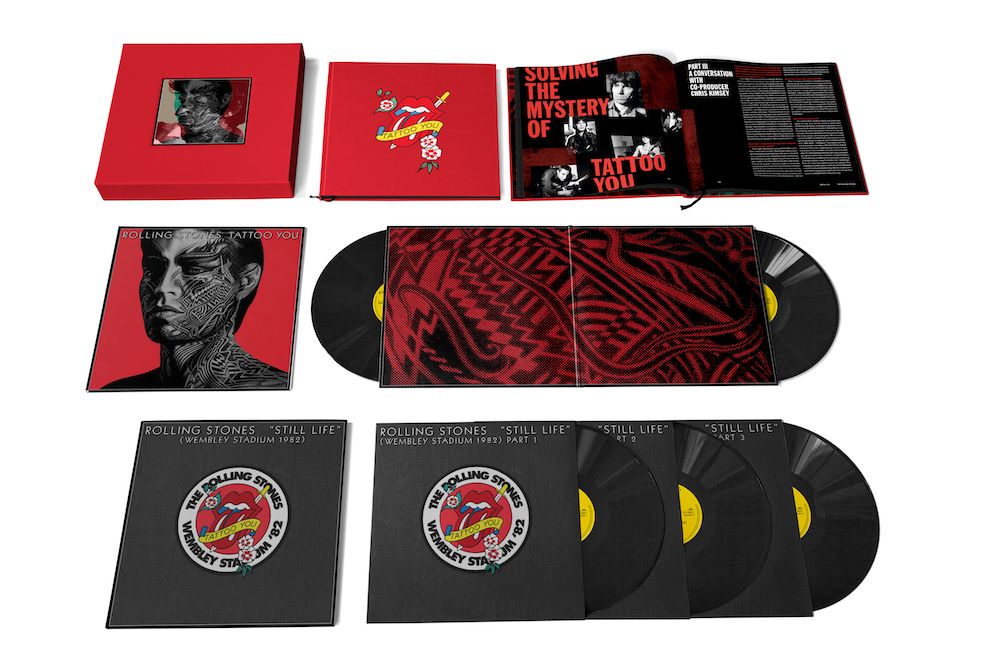 Today, The Rolling Stones vaults open once more for a lavish 40th anniversary revisiting of 1981’s Tattoo You, an expanded collection featuring the original album and a wealth of bonus material, including nine previously unreleased recordings from the album sessions.

The Stones’ 16th British and 18th American full-length album, Tattoo You featured a number of studio outtakes, most of them dating back to the 1970s — including “Start Me Up,” which would famously become one of the Stones’ most well-known songs over the years.

In terms of bonus material, the Deluxe editions of the release include Lost & Found: Rarities and Still Life: Wembley Stadium 1982. More on that, per a news release:

Stream the expanded new 40th anniversary edition of the Rolling Stones’ Tattoo You below: