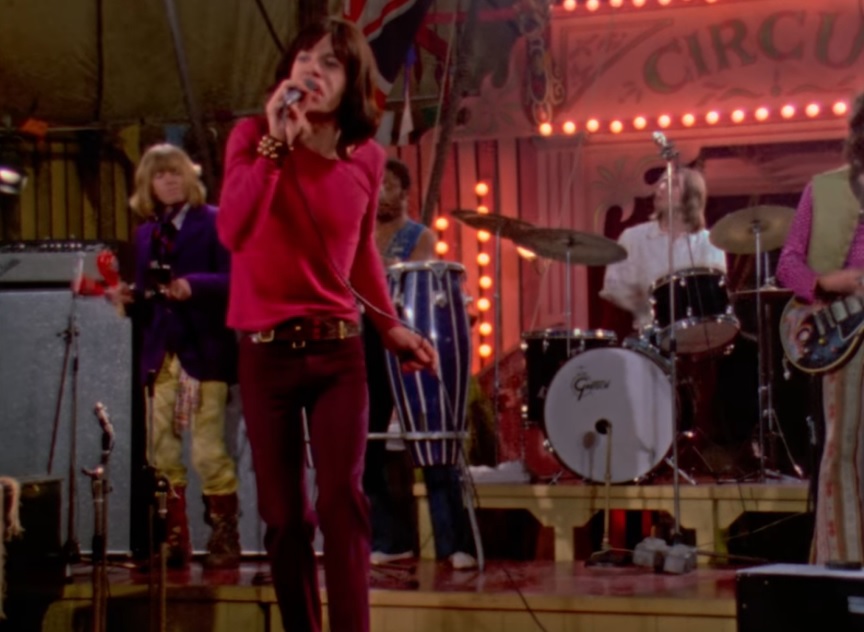 In 1968, the Rolling Stones staged their legendary/infamous Rock and Roll Circus television special. Looking back, it was a remarkable snapshot of music from the time, and much more.

It was a fantastical music event, its playful traveling circus big-top atmosphere replete with clowns, trapeze aerialists and fire eaters, colorful staging and powerful performances captured some of rock’s legendary icons at the peak of their career — The Rolling Stones (marking Brian Jones’ last appearance with the group), The Who, unveiling a supercharged rendition of their mini- pop opera “A Quick One (While He’s Away)”, The Dirty Mac, a one-off unit fronted by John Lennon, Eric Clapton on guitar, Keith Richards on bass and Jimi Hendrix Experience drummer Mitch Mitchell delivering a raw take of “Yer Blues” by The Beatles, plus guest spots by Jethro Tull with future Black Sabbath founding member Tony Iommi on guitar, Taj Mahal and Marianne Faithfull.

The show was re-released in 2019 with beautifully remastered footage — click here to pick up a copy of the Blu-ray/4K edition from our Rock Cellar Store.

New video has surfaced over the past few days capturing the Stones delivering their first-ever public performance of “Sympathy for the Devil,” and the clip is noteworthy for depicting John Lennon going bananas as he watches Mick Jagger and the Stones slam through the song, which would become a classic of the band’s repertoire:

In our 2019 feature, Michael Lindsay-Hogg speaks of the camaraderie that was apparent among all the musical acts taking part in the Rock and Roll Circus. The atmosphere was such that everybody watched — and enjoyed — each other’s set, with “Sympathy for the Devil” earning particularly rave reviews:

Michael Lindsay-Hogg: No one wanted to go home. I was surprised. When I’d go out in between takes of a song, they were all still there, The Who were there, John and Yoko were there. In the introduction to the film, Pete Townshend says that he really learned about Mick Jagger that night watching him perform “Sympathy For The Devil.”

That much was made very apparent by this new clip, which is really a pretty magical little bit of music history.