Home / Roll Up for the Mystery Tour: A Visit to Lesser-Known North American Beatles Landmarks

Roll Up for the Mystery Tour: A Visit to Lesser-Known North American Beatles Landmarks 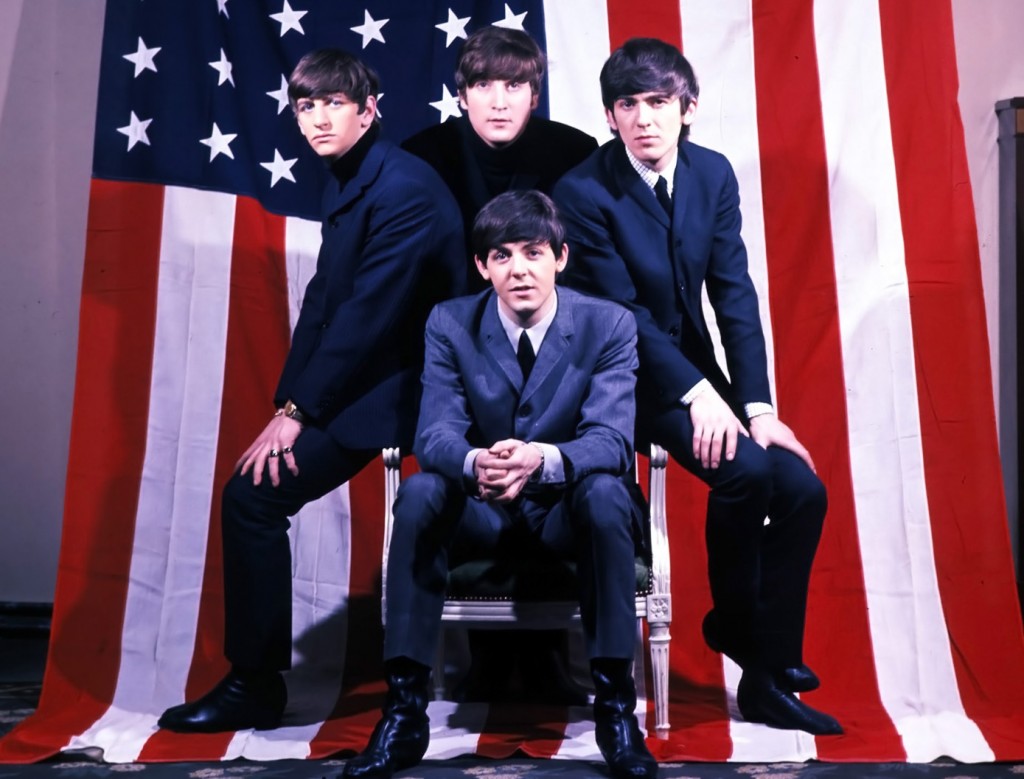 There are many well-known Beatles landmarks scattered across North America. Many of them are well known, from the Hollywood Bowl, to the Ed Sullivan Theater to the Dakota Apartments.
But are there other lesser-known sites that still hold some compelling Fab Four history? Yeah, yeah, yeah.  Here are a dozen of them.
Toronto Rock and Roll Revival: Varsity Stadium 277 Bloor Street West Toronto, Canada

According to Ringo Starr, it was Lennon’s first-ever solo performance—the famed Plastic Ono Band concert here at Toronto’s Varsity Stadium on September 13, 1969—that proved to be the end of the Beatles’ career.
With the exception of the famous rooftop concert at Apple Headquarters, this was Lennon’s first live appearance since 1966. After the concert, Lennon returned to London with his mind made up to quit.
Starr is quoted as saying “After (John Lennon’s) Plastic Ono Band’s debut in Toronto we had a meeting in Saville Row where John finally brought it to a head. He said: `Well, that’s it lads, let’s end it.” The show, billed as The Toronto Rock and Roll Revival, also featured The Doors, Chuck Berry, Little Richard, Bo Diddley, Alice Cooper and others, and for Lennon, resulted in the album Live Peace in Toronto and the single Cold Turkey.
Astor Towers Hotel: 1340 North Astor Street Chicago, Illinois 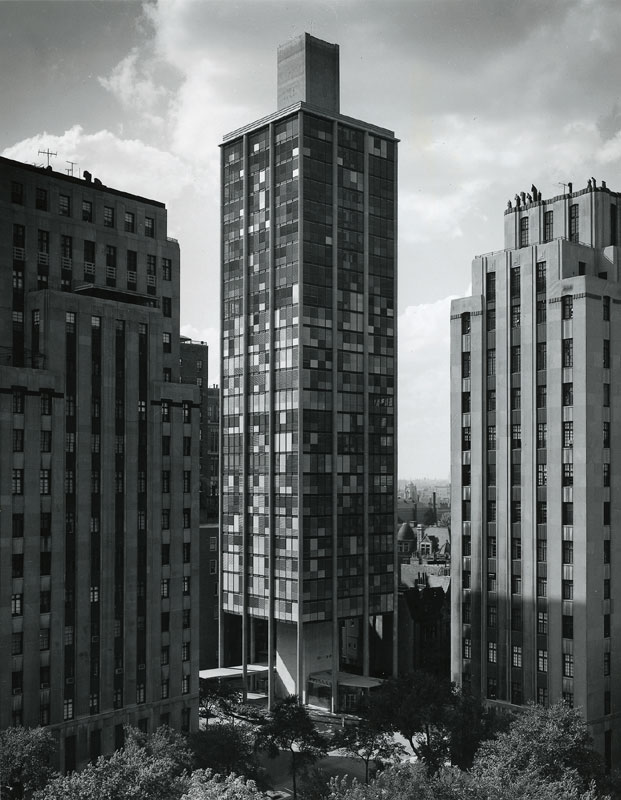 The Beatles’ last U.S. tour in 1966 had a different feel than the first tour two years earlier. Much of the mania had died down, but on August 11th John Lennon created a PR nightmare during a televised press conference in this hotel.
Grilled about an interview he had given a few months earlier on religion (where he had stated that the Beatles were “More popular than Jesus now”), Lennon on this day apologized for his remarks as a means of trying to quell the numerous Beatle record burnings that were taking place throughout the Bible Belt. The hotel has since been converted into an apartment building.
Washington Coliseum: 3rd and M Streets, NE Washington, D.C. 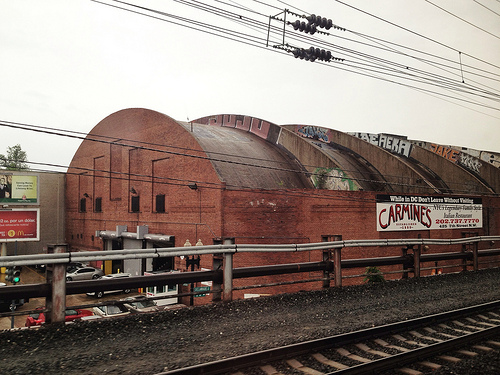 On February 11, 1964, just two days after their debut on Ed Sullivan, the Beatles gave their first concert in the United States at the Washington Coliseum. Today, the building is used as a parking and storage facility for garbage trucks.
Larrabee Sound Studios:  4162 Lankershim Boulevard Universal City, California 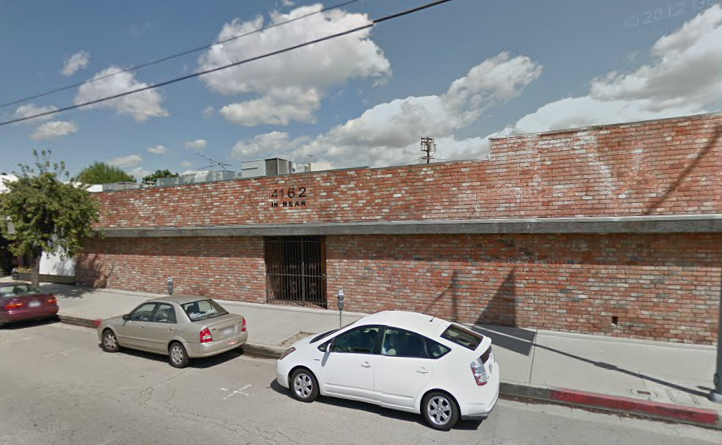 In early 2003, an American Internet auction house claimed to have proof that the Beatles reunited in secret in the mid-1970s to record a final album. The website said the recordings had been made at a session in 1976 which ended in an argument between the members of the group.
This created a huge controversy, utterly disputed by the remaining band members and management.  The tape label listed the songs Happy Feeling, Back Home, Rockin’ Once Again, People of the Third World, and Little Girl. But, the tape itself was said to be “bulk erased” by the Beatles because the session ended in a disagreement. Larrabee Studios North currently occupies the building where this supposedly mysterious recording happened.
Deauville Hotel: 6701 Collins Avenue Miami Beach, Florida 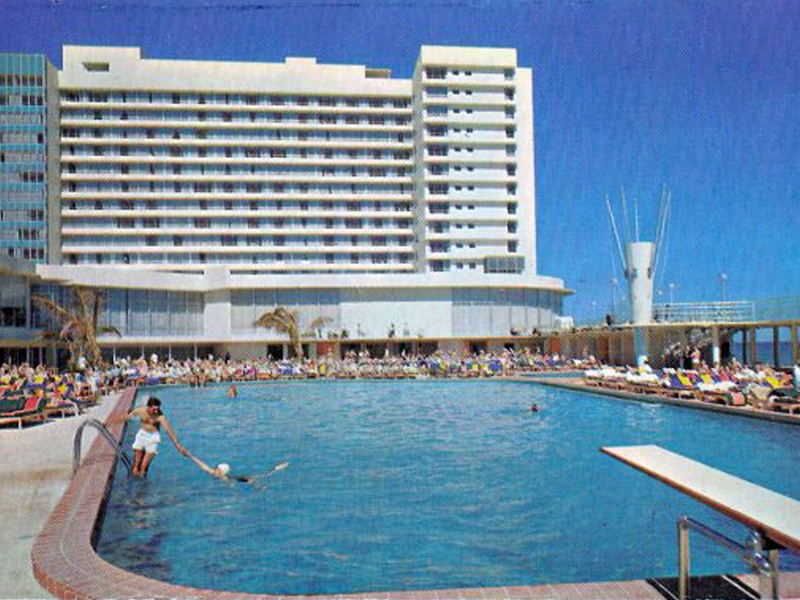 On February 16, 1964 , the Beatles made their second TV appearance on the Ed Sullivan Show. However, this time the performance was broadcast from the Napoleon Room of this popular resort hotel, not the Sullivan Theater in New York.
The nightclub still exists and is located just off the hotel’s main lobby. During their stay, the Beatles visited Muhammad Ali (then-Cassius Clay), who was there training for his upcoming championship fight with Sonny Liston.
Blue Jay Way: North of Sunset Strip Hollywood, California 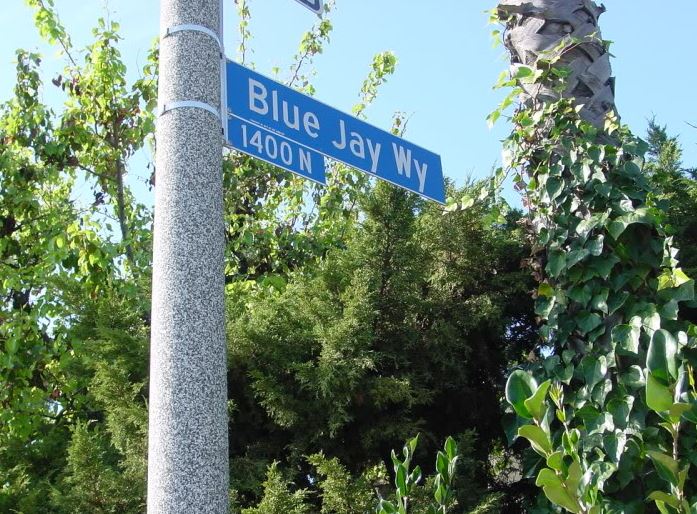 On August 1, 1967, George Harrison was staying at a rented house on this street. He wrote the song Blue Jay Way while awaiting the arrival of former Beatles publicity man Derek Taylor, who had gotten lost in the fog. Shortly thereafter, the piece was recorded by the Beatles for the Magical Mystery Tour film and soundtrack record.
Fun fact: you may have a hard time determining if you are actually on Blue Jay Way, because folks keep stealing the sign.
Candlestick Park: 602 Jamestown Avenue San Francisco, California 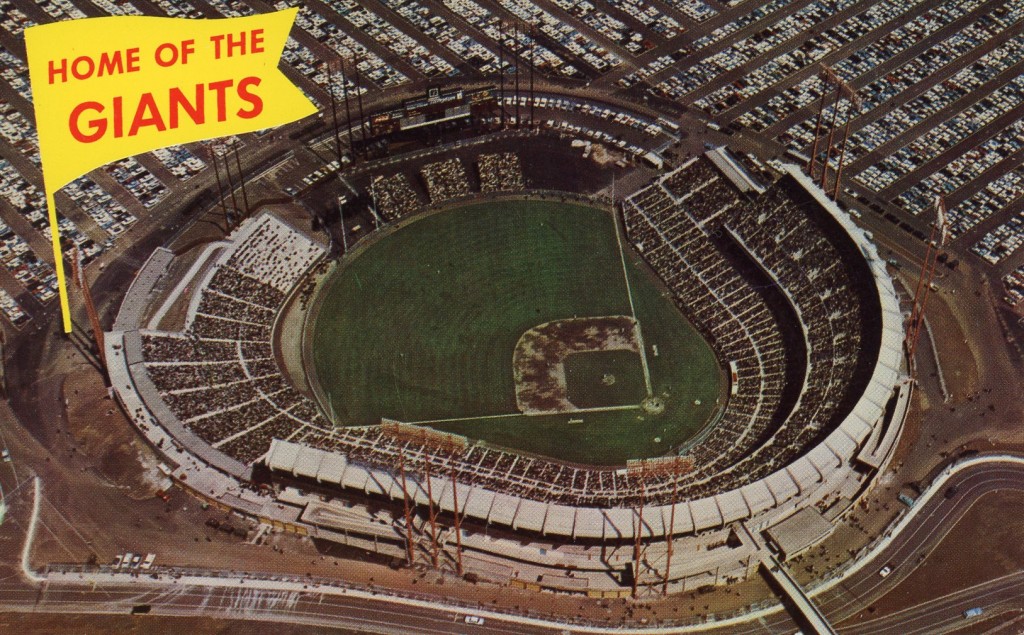 On August 31, 1966, the Beatles played their final American concert at Candlestick Park in San Francisco. 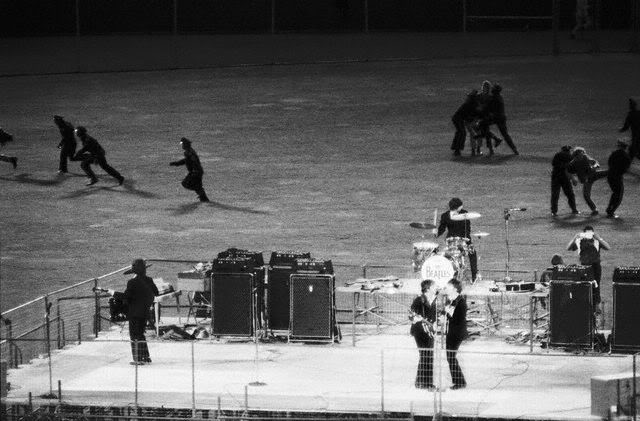 From the Candlestick gig 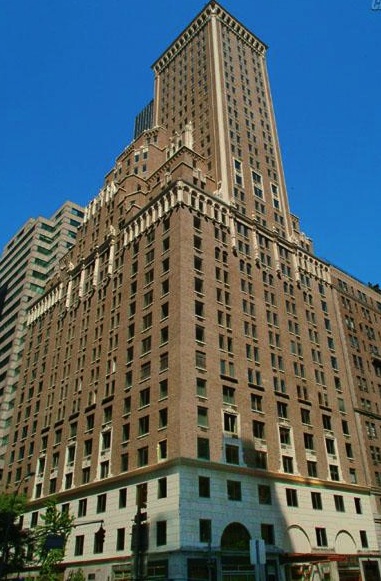 This mid-town hotel actually hosted two significant Beatle events. The first was in late 1963 when their manager Brian Epstein visited Ed Sullivan (who lived in the hotel) to square away details for the Beatles first U.S. TV appearance on Sullivan’s show in a few months. The next year, on August 28th, Dylan paid a visit to the group’s hotel room while they were in the middle of their first U.S. tour and introduced them to pot, thus getting them high for the very first time.
Doug Weston’s Troubadour: 9081 Santa Monica Boulevard West Hollywood, California 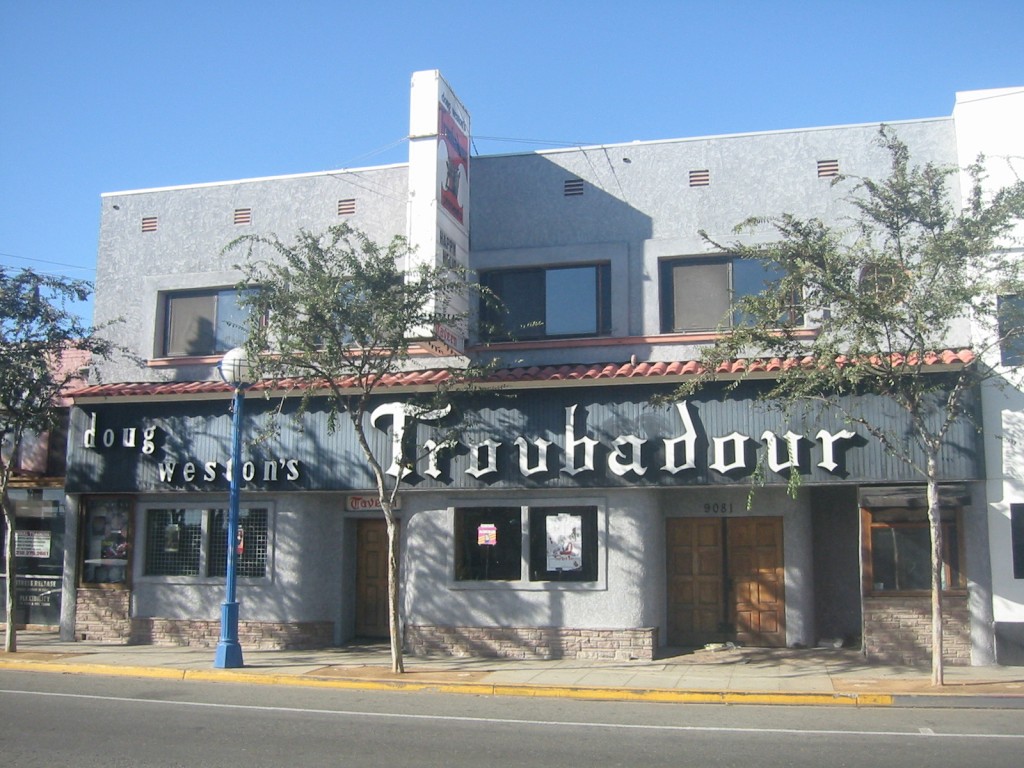 This legendary club has seen its share of history. The Troubadour is where Elton John performed his first show in the United States on August 25, 1970 (he was introduced by Neil Diamond). Randy Newman started out here. Cheech & Chong were discovered on its stage.
But it was also here on March 12, 1974 that a drunken, despondent, Yoko-less John Lennon made infamous headlines when, after he and (also drunk) Harry Nilsson were about to get tossed for heckling The Smothers Brothers, he taped a Kotex to his forehead. When a waitress refused to give him what he thought was proper respect, he snapped, “Don’t you know who I am?” “Yeah, you’re some asshole with a Kotex on his head,” was her response.
105 Bank Street: New York City, New York 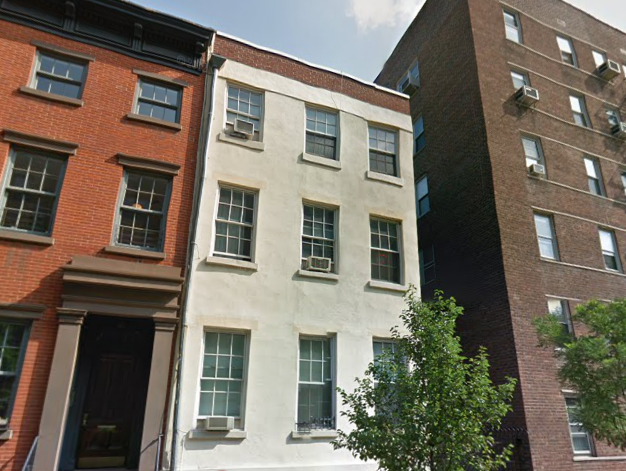 John and Yoko first moved to New York City in 1971 and lived in this small West Village apartment. Lennon loved the fact that he could live in relative quiet and anonymity among the busy New Yorkers and soon, he and Yoko relocated to a more grand residence at the Dakota Building, a famous landmark at 72nd Street and Central Park West. Tragically, it was at the Dakota where Lennon was shot to death on December 8, 1980.
Fairmont The Queen Elizabeth: 900 Rene Levesque Boulevard West Montreal, Quebec 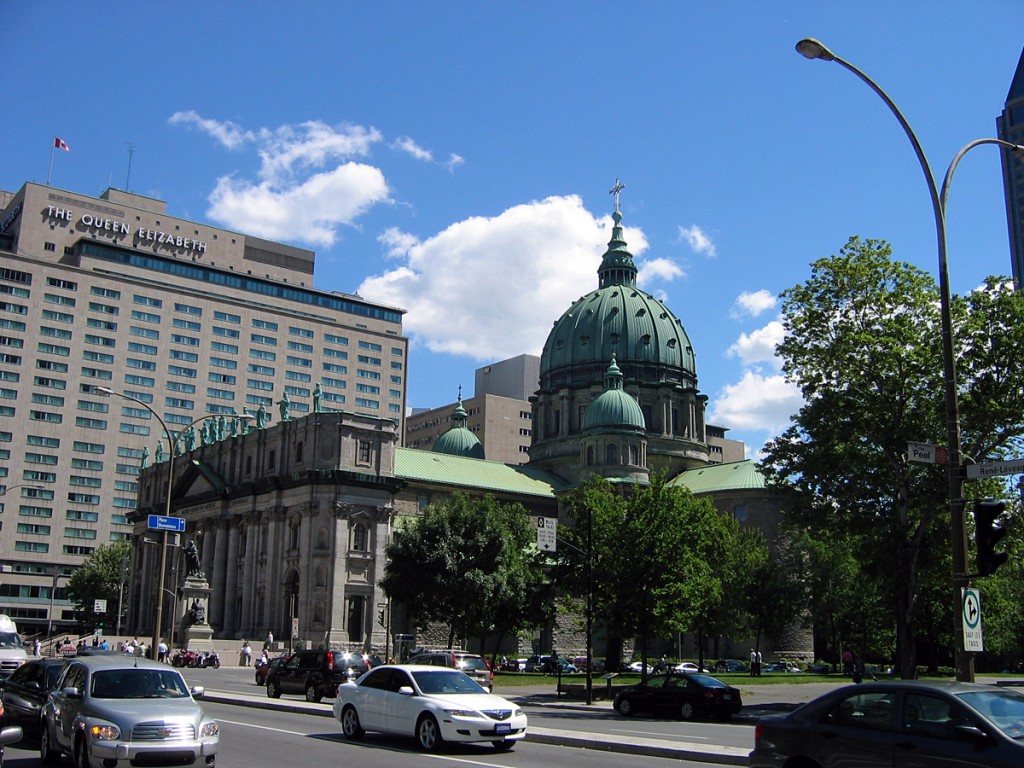 On May 26, 1969, newlyweds John Lennon and Yoko Ono took the corner suite rooms (1738-40-42) at the elegant Queen Elizabeth Hotel to stage their week-long “bed-in for peace.” A couple of weeks before that, the couple had bedded down in the Amsterdam Hilton for their first bed-in for peace, as documented in the song, The Ballad of John and Yoko.
On June 1st, the lovebirds ordered up some for recording equipment, and with comedian Tommy Smothers playing guitar, the song Give Peace a Chance was recorded. Joining them in the suite to sing were Dr. Timothy Leary, Montreal Rabbi Abraham Feinberg, musicians Derek Taylor and Petula Clark, and members of the Canadian Radha Krishna Temple. The single was released a month later. Today, couples can make their own peace in the same bed as John and Yoko in that very suite. The weekend package includes a souvenir photo of the 1969 event, breakfast for two, a bottle of wine, and a welcome gift.
WKNR: 15001 Michigan Avenue Detroit, Michigan 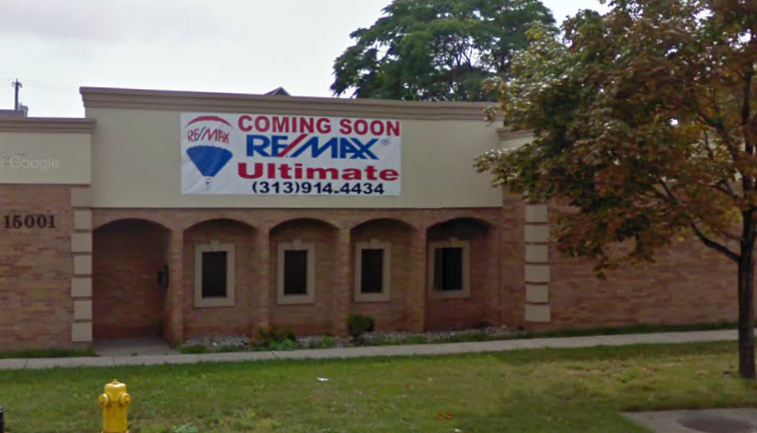 Remember the infamous “Paul is dead” rumor that hinted that Paul McCartney had secretly died and was replaced by a look-alike? This is where it started. On October 12, 1969, WKNR-FM’s popular DJ Russ Gibb opened the phone lines for his usual Sunday afternoon “rap” with his listeners. Then came the call that changed history.
Eastern Michigan University Student Tom Zarski called with questions about the supposed death of Paul, thus beginning so the tale that would immortalize both Russ and station WKNR-FM in Beatle lore. DJs, television news reporters, newspapers, and magazines picked up on the story (which had been rumored for a year or two after a supposed car accident McCartney had) and began to look for clues. The rumor eventually became a full-fledged conspiracy theory as members of the media and Beatles fans searched album artwork and song lyrics for clues to the cover-up and McCartney’s supposed death.
~~~~~~~~~~~~~~~~~~~~~~~~~~~~~~~~~~~~~~
What other Beatles-related landmarks would you have included? Let us know below…