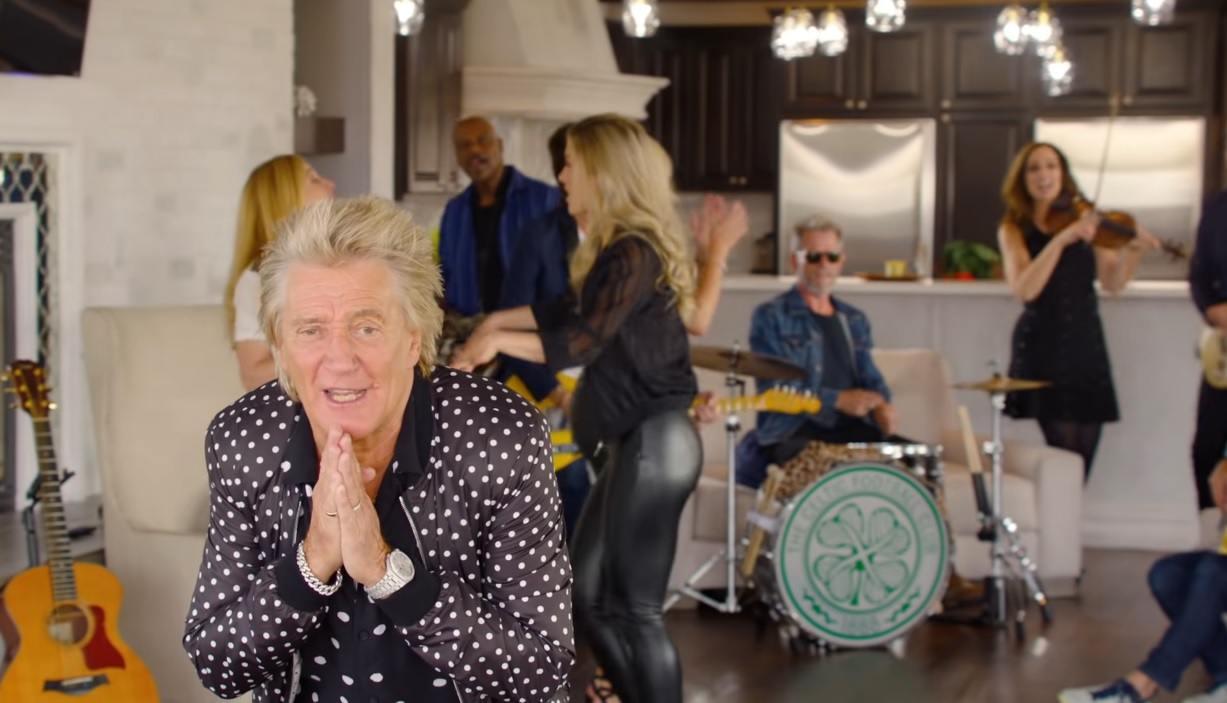 Next Friday, Nov. 12, the legendary Rod Stewart will add to his iconic catalog of music with The Tears of Hercules, a new studio album featuring 12 new songs, nine of them penned by Stewart. It’ll be his 31st studio album and the fourth with original material since 2013, as he’s kept pretty busy in recent years.

Taken from my upcoming 'The Tears of Hercules' album, out in 7 days!

Out next week on November 12th, pre-order now. https://t.co/mk9O88iHLb pic.twitter.com/bEftETGlPB

On Friday, Stewart debuted a music video for a song called “I Can’t Imagine,” and both the song and clip are especially high-energy and upbeat in tone, Stewart crooning about how “I can’t imagine waking with anybody else but you,” while an assortment of his musical colleagues and backup singers dance around in a house. It’s all quite pleasant:

The track follows the earlier debut of “One More Time,” which also found Sir Rod at his most energetic, drawing a crowd walking through the streets of London (flanked again by those same background singers):

Another shared ahead of the record release was “Hold On”:

There are a slew of 2022 tour dates, including 19 shows in the United States (separate from the Vegas gigs) on Stewart’s schedule as well. Full details can be found at this link.