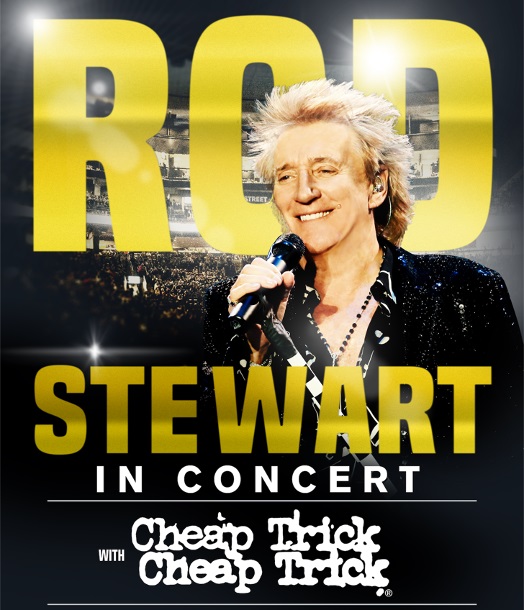 Sir Rod Stewart recently announced a massive tour set for this summer, which will take the legendary singer/songwriter out on the road across North America with special guests Cheap Trick for a night of classic songs from two Rock & Roll Hall of Fame acts.

This is actually a restarted version of a tour Stewart first announced in January 2020, shortly before the COVID-19 pandemic halted those plans.

On Wednesday, Stewart announced an additional slate of 19 shows to the summer trek, which will kick off on June 10 in Vancouver and wrap up in mid-September in Vancouver.

AMERICA! CANADA! I'm coming for you 😎

With my good friends @cheaptrick !!

And here’s the schedule, with the 19 new shows in bold:

These tour dates will be bookended by Stewart’s return to his Las Vegas residency, Rod Stewart: The Hits — which runs May 13 – 21 and September 23 – October 1 at The Colosseum at Caesars Palace.

Rod Stewart recently released a new studio album, The Tears of Hercules, back in November. His 31st solo studio album to date, it’s a mostly loose and lively collection of songs finding him at his most confident and boasting that unmistakable Rod Stewart style:

As for Cheap Trick, the power-pop legends scored their very first No. 1 album with In Another World, which was released in early April and achieved that feat by debuting atop the Billboard Rock chart.